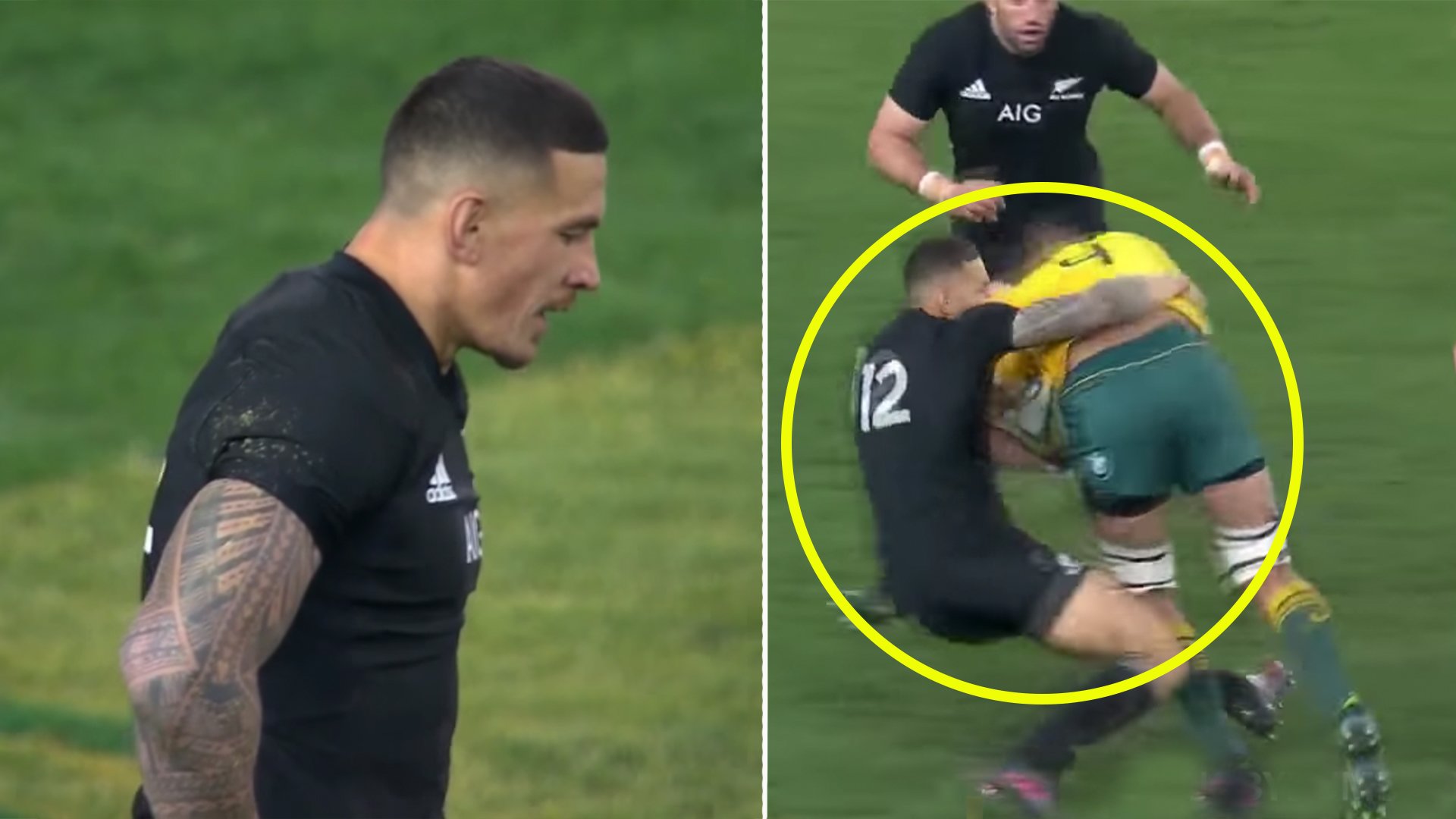 This incredible act of bravery from Sonny Bill Williams shows why he’s so revered in New Zealand rugby.

The midfield maestro lined up in the centres back in 2017 against Australia in Sydney in what turned out to be a high-scoring classic.

SBW, who is famous for his incredible handling skills combined with immense power, was paired with fellow All Black legend Conrad Smith in the centres.

Just minutes into the match we see the Williams take a knee to the head in a tackle with Michael Hooper.

As the World Champion gets up off of the ground it’s immediately apparent that something is wrong.

We see Williams get up to his feet but he instantly starts to stagger around struggling to keep his balance.

For many players this would be the time to take a knee and wait for the assistance of the pitchside physios – but not for Sonny Bill.

In an act of incredible fortitude, we watch as the 6ft’3in centre rejoins the defensive line with zero regard for his own wellbeing leaning on the ruck to try and steel himself for another tackle.

Australian prop Alaalatoa charges into Sonny Bill off the next phase but incredibly the dazed All Black is able to bring him down.

The play rolls on to the right with the concussed Williams gingerly returning to his feet to again rejoin the defensive line.

The play comes back and this time he puts in yet another tackle this time making a dominant collision.

This is the stuff champions are made of.

New Zealand went on to win the game but the All Blacks came in for some criticism as their centre was not given a ‘HIA’ after this clash occurred.

The incident came on the same day that World Rugby announced changes to their concussion protocol.

Rugby’s governing body declared that, from August 26, players undergoing a Head Injury Assessment must stay off the field for at least 10 minutes.

World Rugby protocol states that a player with a suspected concussion must come from the field to be assessed, not to return if a concussion is found.