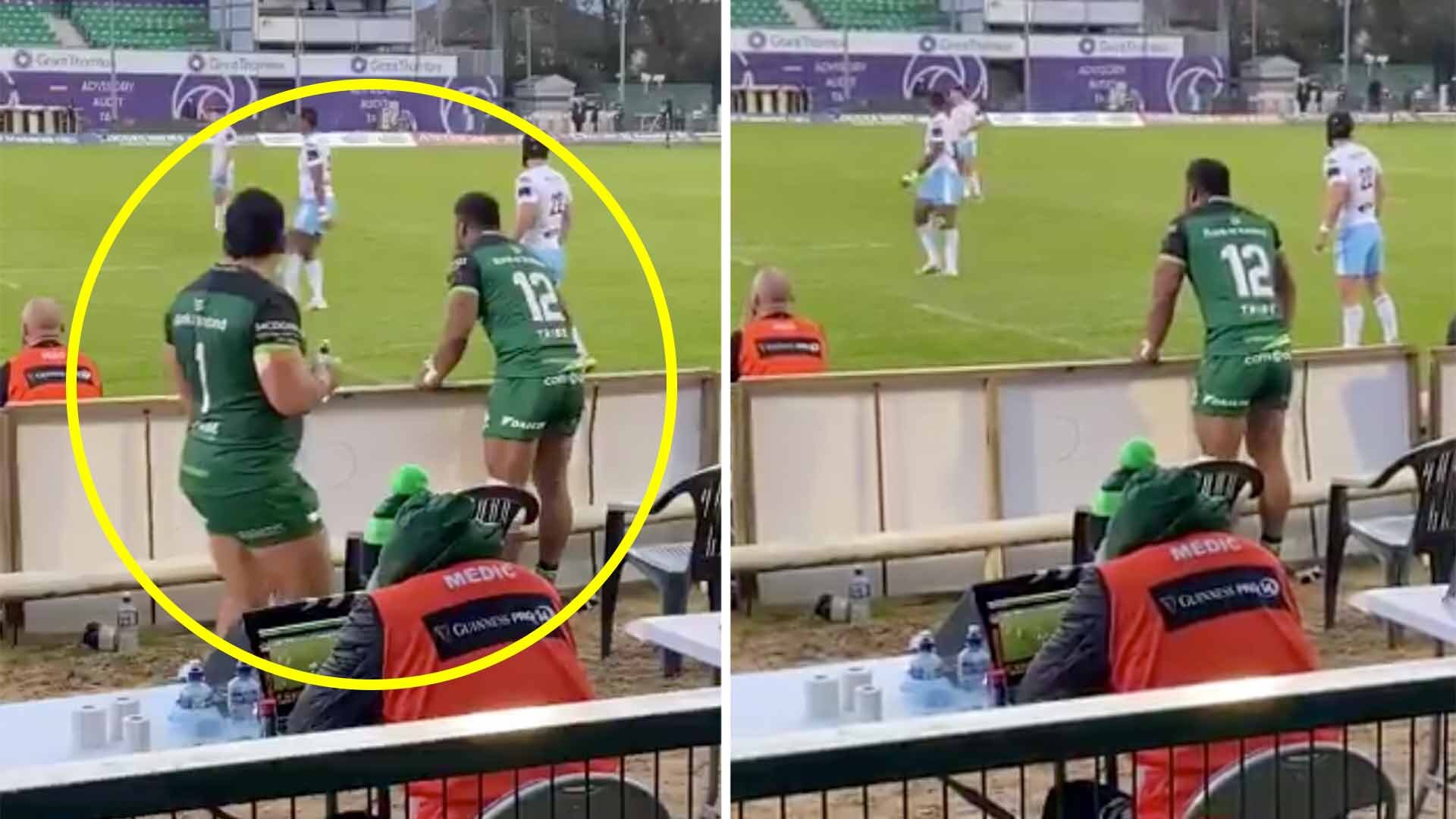 Footage of Ireland centre Bundee Aki screaming instruction at his teammates has gone viral online, and it tells us a lot about why Ireland rates him so highly.

Connacht opened their 2020-2021 Pro14 campaign yesterday with a nailbiting victory over Glasgow in Galway and they owe a lot of that victory to Bundee Aki.

The Ireland centre scored two tries in a sensational solo performance that further highlights his importance to the national team.

The first half was a tight affair with the visitors narrowly leading at the break with the score at 3-7. In the second half, however, Bundee ramped things up a gear.

Bundee doing Bundee things, now the #GuinnessPRO14 is well and truly back 👊@connachtrugby are back level thanks to @bundeeaki12’s power 💪

A video has emerged online showing the Connacht star barking instruction to his teammates from the sidelines as he was off the pitch.

The video has already amassed 30,000 views online as fans enjoy seeing their star player taking a leading role in the team. People on social media loved the clip.

‘First name on the Ireland teamsheet.’

‘Sensational, this is why he is such an ace player.’

‘Now this is why he has managed to stay relevant in the Ireland team for so long, how can someone be so good and consistent for so long.’

He left the field of play after this well-worked try but he wasn’t done there. We see below as Bundee Aki screams instructions to his players from the sidelines. It’s clear that he’s not only a leader on the field but off it too.