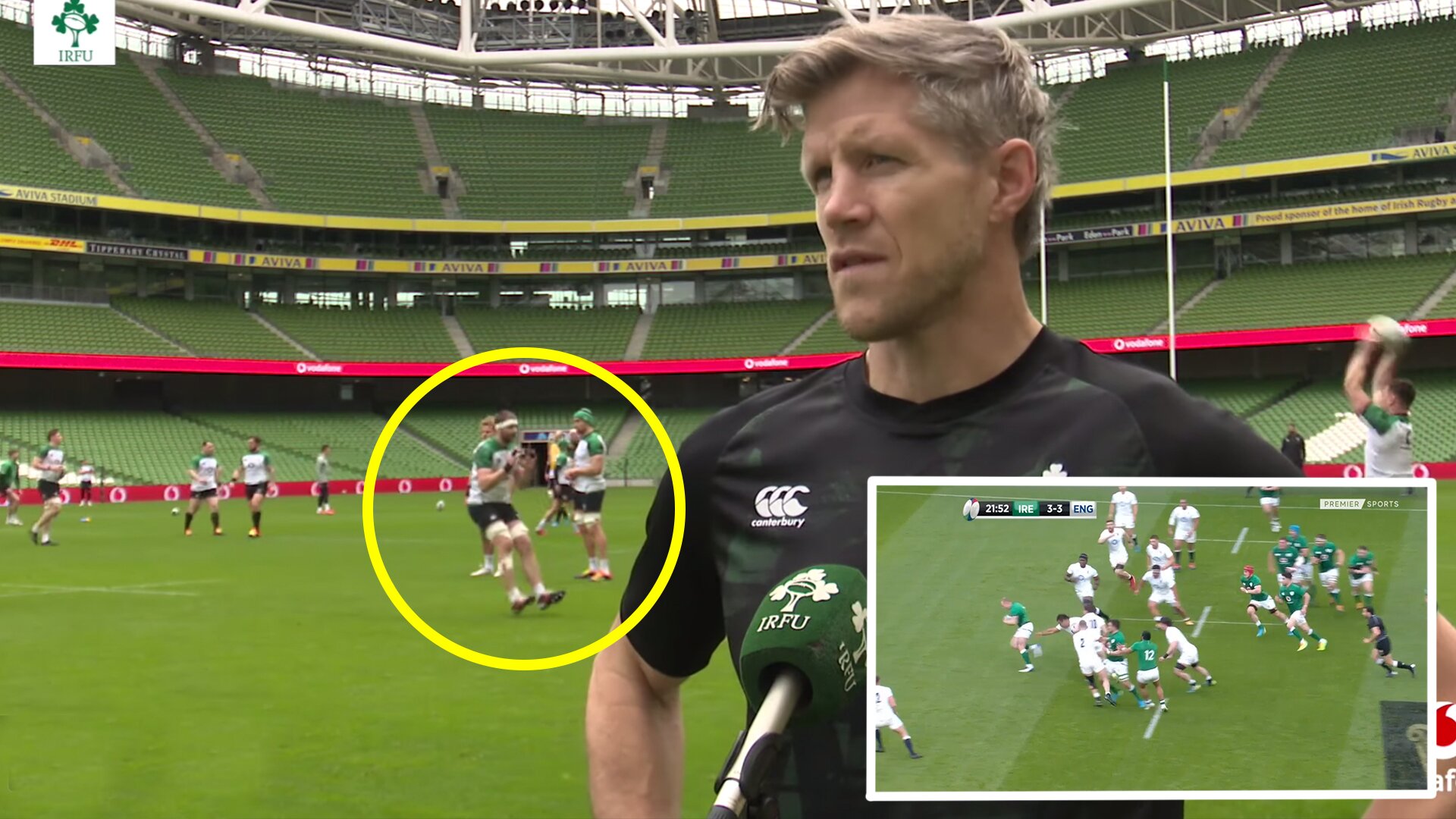 An incredible clip has surfaced showing Ireland practicing that incredible line out move which earned them a Keith Earls try against England in the Six Nations.

Keith Earls scored an incredible running try after a long throw set the winger straight through in the first half.

Ireland went on to beat England in a surprise win for the men in green in the Six Nations.

☘️ Keith Earls is still up there with the VERY BEST.

However, footage shows that this try wasn’t simply luck. A captain’s run interview with forwards coach Simon Easterby showed the team in the background training the team practicing that exact move.

It just shows that if you practice these set pieces enough, they will come off!