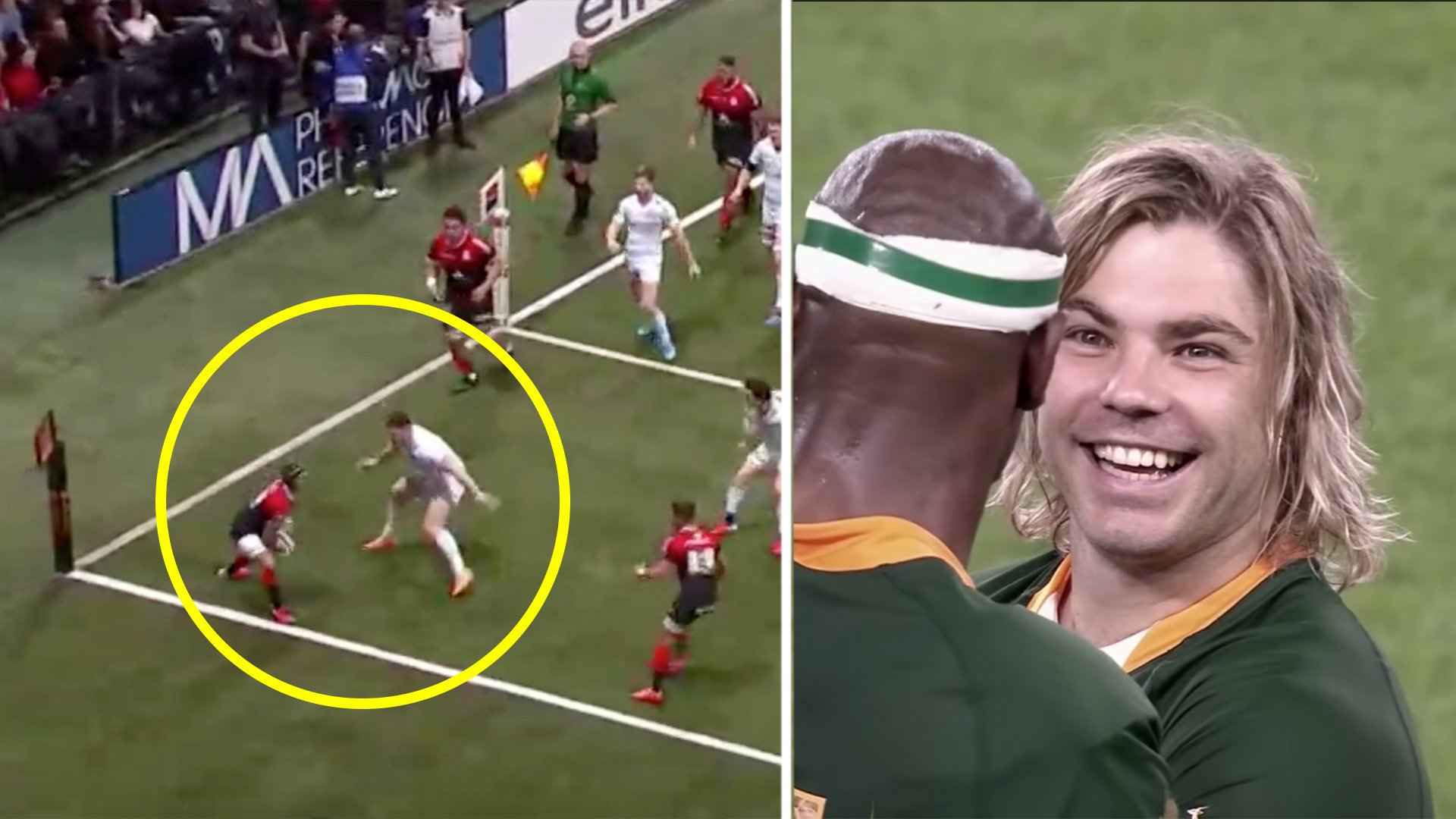 An insane new video dropped last night highlighting how effective that Faf de Klerk and Cheslin Kolbe have been since they emerged on the rugby World stage for their clubs and South Africa.

Both the players have made a reputation for themselves for being pint-sized players that have had a massive effect on the game.

This video has shown just how effective that they are despite their size.

Kolbe is one of the best wingers in the World with an incredible sidestep which helped South Africa to win the 2019 World Cup. He scored the try that would eventually help his team win the final.

Faf de Klerk is even smaller than Kolbe, but his incredible defence has given him a name in the World game as one of the best players on the globe.

This video truly shows that size doesn’t matter in rugby!

At RWC 2019, started against New Zealand, Italy, Japan and Wales. Not in the match-day 23 against Canada or Namibia.

 Was named Player of the Match against Japan.

 Big boots to fill with the Boks’ #9 jersey worn by either Joost van der Westhuizen or Fourie du Preez at the World Cup.

 Was shortlisted for World Rugby Player of the Year 2018, alongside team-mate Malcolm Marx. The award was ultimately won by Ireland’s Jonathan Sexton.

 Made his test debut on 11 June, 2016. South Africa met visiting Ireland in three consecutive matches, with De Klerk playing in all three as the Boks’ starting scrum-half. They lost the first match (26-20) but was part of victories over the Irish in the second and the third (32-26, 19-13).

At RWC 2019, started against New Zealand, Italy and Japan. Came off the bench against Namibia. Not in the match-day 23 against Canada or Wales.

 Scored five tries in 2019, including four on Japanese soil. Two versus Japan in the RWC warm-up match and two at this World Cup.

 Was named Player of the Match against Italy. Faf de Klerk and Kolbe are big names in rugby now.