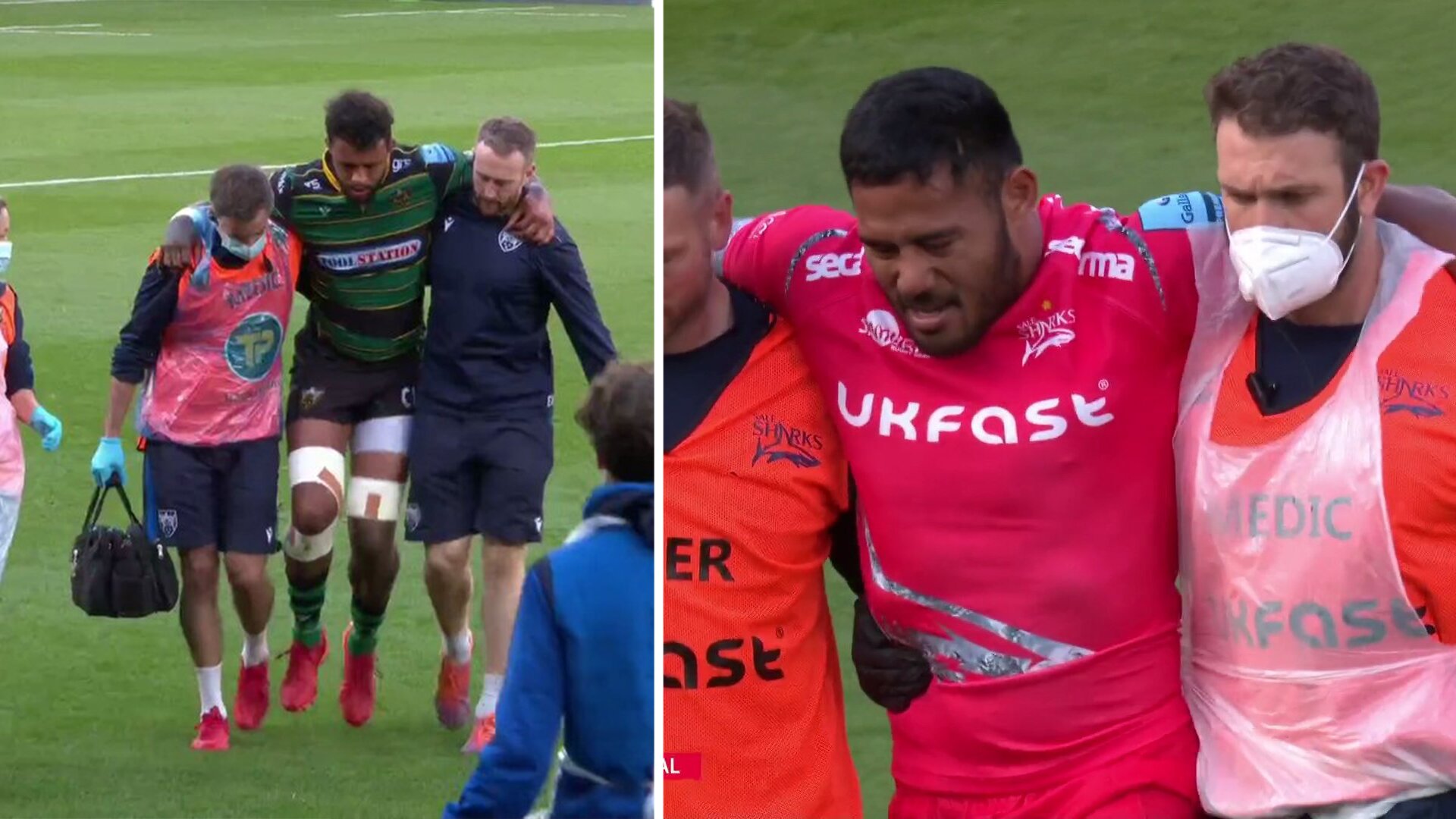 There was an injury disaster for England tonight as multiple of their key players were injured in the Gallagher Premiership clash between Northampton and Sale.

Manu Tuilagi appeared to hobble off the pitch assisted by two medics. It appeared to look like a nasty groin injury.

Tuilagi off with a leg injury

Similarly, Courtney Lawes was not able to leave the pitch by himself as he injured his knee.

It gets worse. Courtney Lawes can’t put any weight on his ankle and is helped from the field. Nick Isiekwe on. Saints 0-5 Sale.

Both of the key England players looked in considerable pain as they left the pitch. It will be a big worry for Eddie Jones and England as they both likely won’t feature for the team at the end of the year now.

Bad news for both Northampton & Sale, but also for England 🤕 pic.twitter.com/BJj6AoJsf1

Sale Sharks director of rugby Steve Diamond spoke to BT Sport after the match, and he did not seem to be all too concerned about Tuilagi after their resounding win over the Midlands team.

Speaking to the media he said…

Well first of all, we have a tremendous record for injuries over the past few years. For the past few years we’ve been finishing 6th, 7th and 8th, but to get to the top 4 you need to take your bodies to the next level. We’ve taken some bruising hits like Lood de Jager. Manu I think it’s his Achilles so I don’t think he’ll be in contention for the weekend, but it comes with the territory.

“I’m sure Eddie Jones won’t be having the easiest of sleeps tonight.”

🌹 Concern for two England stars ahead of the Autumn Internationals and beyond… pic.twitter.com/oq7NpuJiR2