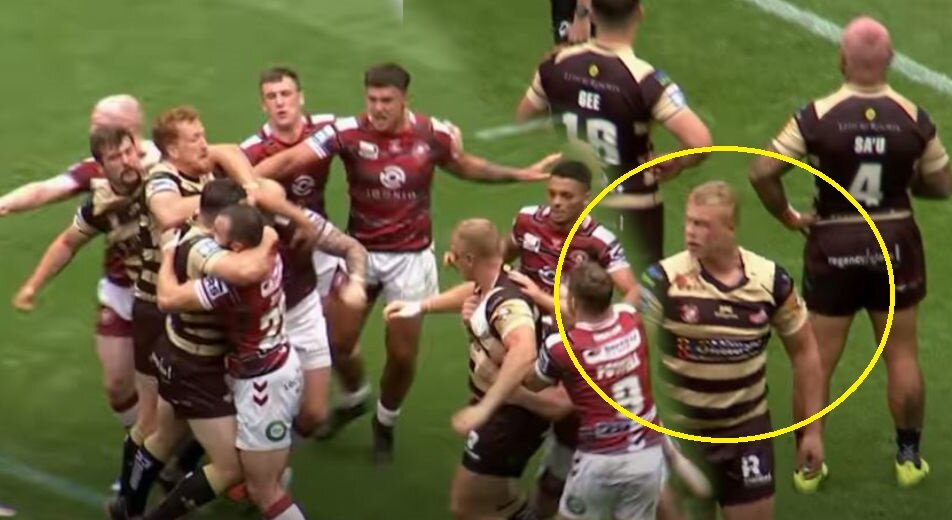 Excluding the French lower divisions, you don’t see punch-ups like this in rugby union anymore.

Jack Ashworth and Brad Singleton were both sent from the field following this fight between Wigan and Leigh.

It would be easy to judge these hard-nosed-working men, but that’s not what we do at Rugby Onslaught. We refuse to shame violent people. Stop shaming violent people! Do better.

IN OTHER NEWS: Worcester Warriors have become the first professional rugby club in Europe to sign up to the United Nations Sports for Climate Action as part of the club’s commitment to environmental sustainability and responsible consumption.

As a signatory to the UN Framework Warriors are part of the Paris Agreement, a legally binding international treaty on climate change, and are committed to reducing Green House Gas emissions by at least 45 per cent by 2030 and be net zero by 2040 and publishing an annual emissions report.

The sustainability initiative forms part of Warriors’ Time For Change programme of improvements and developments on an off the pitch at Sixways.

“The threat to our planet posed by global warming is a clear and obvious and there are a number of simple and positive steps that we can take, both individually and collectively, to protect the environment,” said Warriors Managing Director Peter Kelly.

“As a club we have already introduced a number of important measures at Sixways to reduce our carbon footprint and improve sustainability. But there is much more that we can and will do. Sustainability and protecting the environment are now at the forefront of many of the decisions we will make as a club and business.