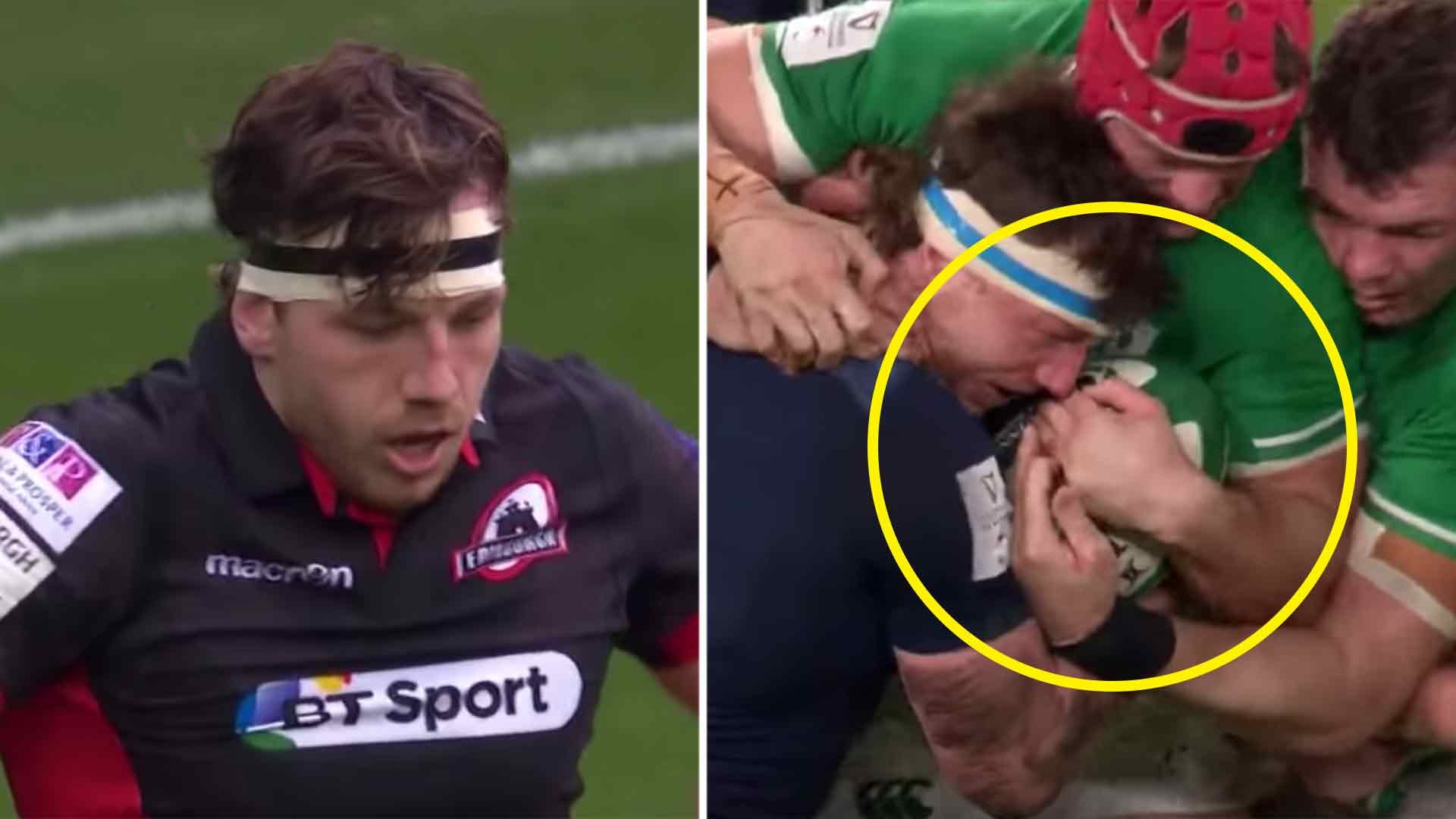 An incredible highlight reel has just dropped on Scottish back-rower Hamish Watson, proving that he is indeed a once in a generation player for Scotland.

The highlight reel by Andrew Forde, shows just how devastating that this player is for Scotland.

There are claims that he is the best forward that has played for Scotland ever.

In the highight reel, it’s clear just how strong that he is on and off the ball. He also has the incredible pace for a forward too.

Hamish Watson, recently signed a new deal for his club Edinburgh, and no wonder they want him so badly.

The 25-times capped international – who started at openside flanker in Scotland’s Calcutta Cup encounter against England – has been an electric performer both club and country and today signs an extension that will see him remain in the capital until at least 2021.

On re-signing, Watson, 27, said: “I couldn’t see myself playing anywhere else in my career. I love it in Edinburgh. The playing group we’ve got, and are building, is absolutely amazing.

“We’ve got a great coaching staff and I want to win something with Edinburgh. If that takes two years or ten years, it doesn’t matter. This group of players and coaches is going places and I love the direction that the club is moving in.”

Head Coach Richard Cockerill, said: “Hamish is one of the most exciting back-row players in the country, so it’s fantastic that he’ll be representing this club for years to come.

A standout in the Leicester Tigers Academy, Watson moved north to Edinburgh in 2011 – initially on a Scotland Sevens contract – before signing his first professional deal with Edinburgh in 2014.

Watson – who represented Scotland at under-19 and under-20 levels – was quick to showcase his ability in the capital side’s back-row with a quick turn of pace and breathless work-rate at the breakdown.

Following standout performances at BT Murrayfield – particularly in the wins over Munster and Bordeaux-Begles – the back-row signed a new contract until May 2017 – a deal that was later extended until 2019.