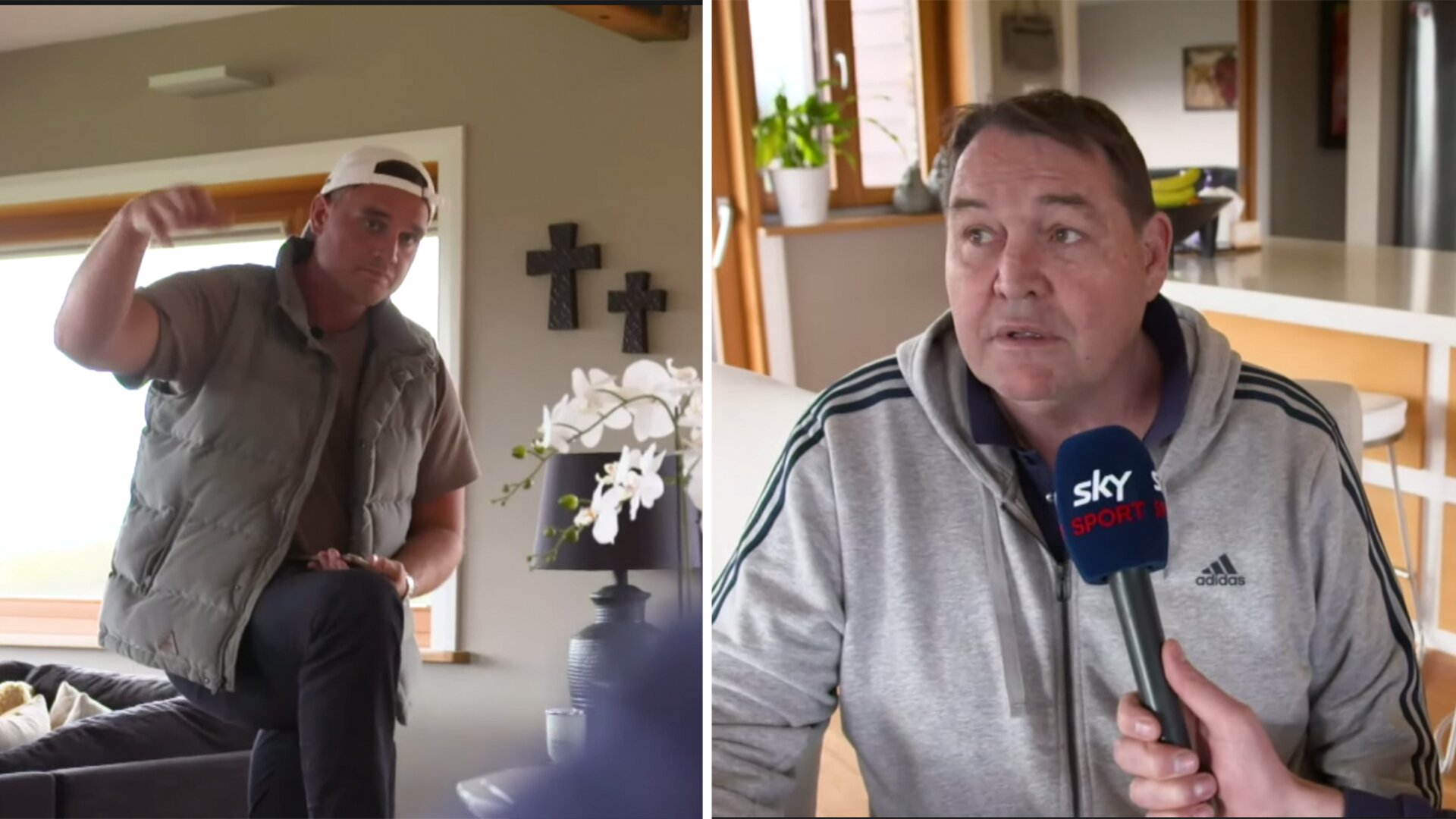 An interview with Steve Hansen suddenly turned awkward this week after banter was exchanged between the legendary former All Black head coach and Israel Dagg.

Israel Dagg was visiting the World Cup-winning coach to talk to him about life after rugby and the upcoming Bledisloe Cup against Australia.

When the interviewer asked if he thought the clash would be a foregone conclusion before it was even played, he answered.

Oh you’re being stupid now, of course, they’re going to compete, they’re a good side and they’ll be well-coached. They’re good players and they have something to play for don’t they, they’ve wanted the Bledisloe for a long time, but I’m confident that our guys will be ready.

The interview turned hilariously awkward when Israel Dagg said to Hansen, “can you just get a bit more excited please” which was met with raucous laughter by everyone watching.

Dagg was exceptionally cheeky in the video to his former coach… Steve Hansen is known for being very matter of fact about things so it was funny to see his former player jokingly calling him out for it.

SANZAAR and tournament hosts, Rugby Australia, have today announced a revised draw for the 2020 Rugby Championship. The 12-match tournament will now be played across seven weeks with Australia’s clash against New Zealand moved from Saturday 12 December to Saturday 31 October at Sydney’s ANZ Stadium.

South Africa’s Test against Argentina on Saturday 12 December has been moved to Newcastle’s McDonald Jones Stadium to close out the tournament.

The remainder of the draw is otherwise unchanged with five straight weeks of doubleheaders beginning at Brisbane’s Suncorp Stadium on Saturday 7 November. Kick-off times have also been confirmed.

It’s set to be a memorable tournament with the Springboks set to play for the first time since they became World Champions at the Rugby World Cup in Japan last year when they face Argentina on match day two.