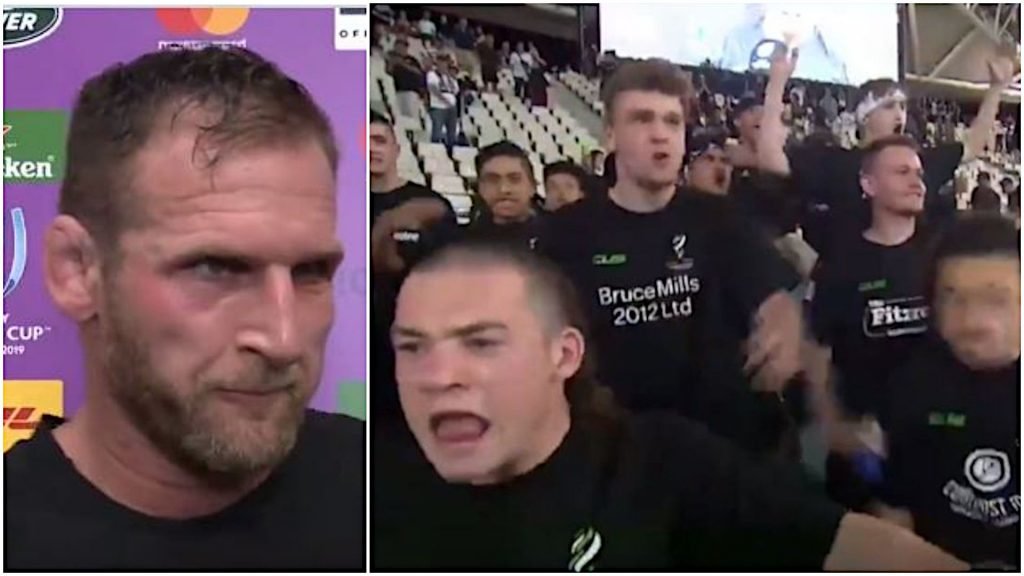 Irate All Blacks fans appear to scream abuse at the team for only scoring 60 points against Tier 4 team Canada.

The Canadians, plumbers and scaffolders to a man, were more than a match for the All Blacks for much of the match.

The group of angry All Blacks fans can been seen shouting obscenities in Maori and waving their hands frantically at the team.

All Blacks loose forward Ardie Savea wore rugby goggles in the team’s Rugby World Cup Test against Canada today, after trialling them at All Blacks training this week.

To watch Savea and Page talk about the rugby goggles, click here.