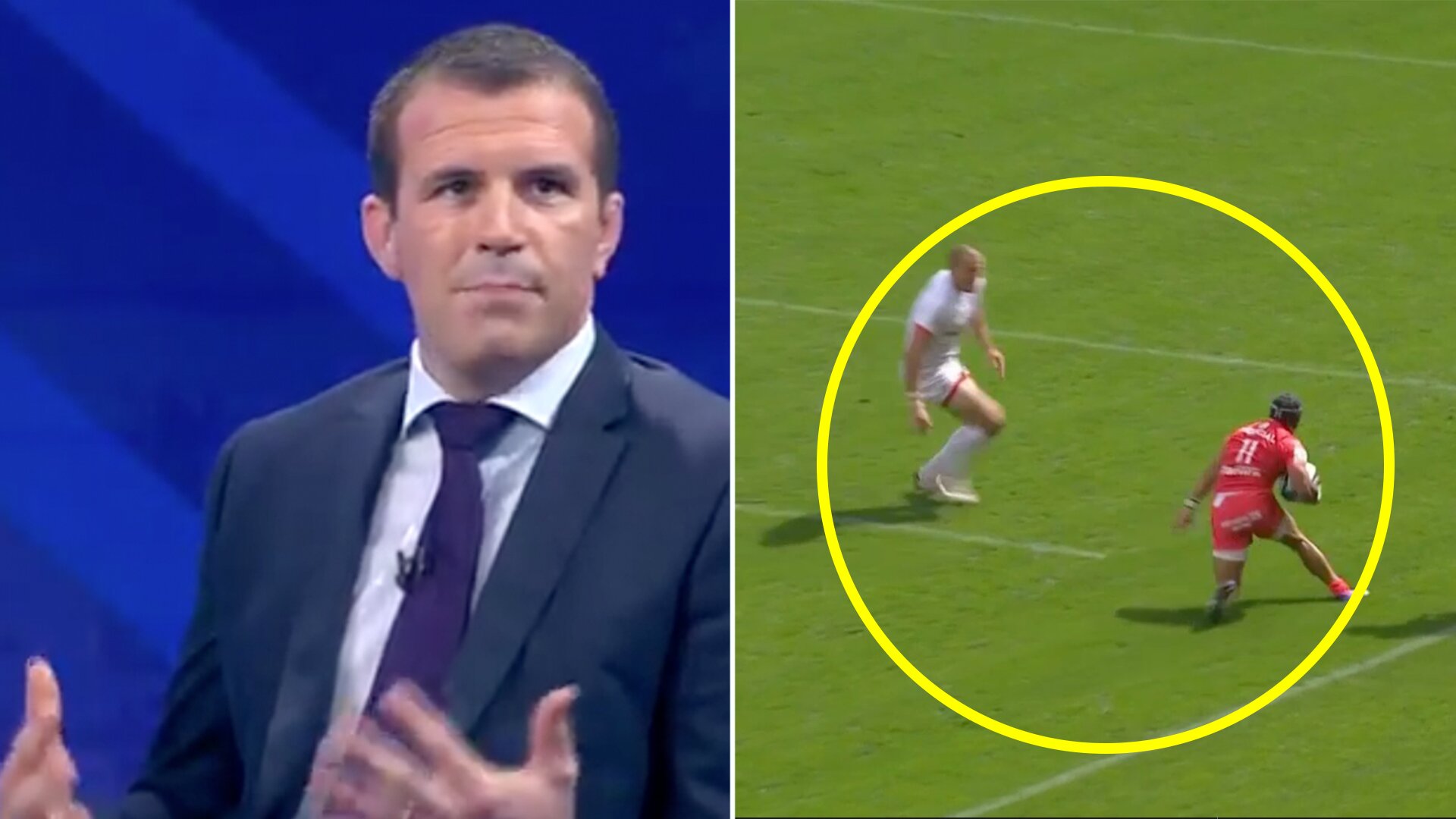 Irish pundits have ripped into Jacob Stockdale after his woeful defensive performance against Toulouse and in particular Cheslin Kolbe this weekend.

The 24-year-old Ireland winger had a very poor performance for Ulster this weekend as his team were brushed aside with ease by Toulouse.

The 26-year-old Springbok superstar easily sidestepped Jacob Stockdale on two occasions to score a brace of tries for the French team.

What a sidestep from Cheslin Kolbe 🔥

Should Stockdale have done better? #TOUvULSpic.twitter.com/twOvDiFTri

Kolbe is without a doubt one of the best players on the planet, however, he did highlight how poor the Ulsterman has been in defence recently.

Fans were not happy at all with the performance that the Irishman put in on the wing.

Stockdale joining Larmour in playing himself out of the Irish team this weekend.

Put these words into a well known phrase or saying. Supper..couldn’t.. fish..a..tackle.. Stockdale..🤦‍♂️.. unfortunately he’s playing himself out of a Ireland place..

An Irish rugby pundit called Shane Jennings held nothing back in his analysis of Stockdale and his lacklustre performance in the backline.

Where was Stockdale? He’s their Irish international, he’s their best players in the backline.

You want Stockdale and McCloskey to step up, obviously there was the disruption (Burns going off). Even more so at that stage you want a fella like that, they’re going to turn to their leader, their best player.

He was average at best. Sloppy ball handling, shifting on passes to people in worse positions than he was. That would be what was really irking on me if I was a coach going back into that dressing room…

Stockdale was poor. If you have your best player performing like that you’re not going to get anywhere. I think he needs to have a good hard look at himself.

He really held nothing back here…

“Where was Stockdale? He’s their Irish international. The best player in the back-line.

“He was average at best!”