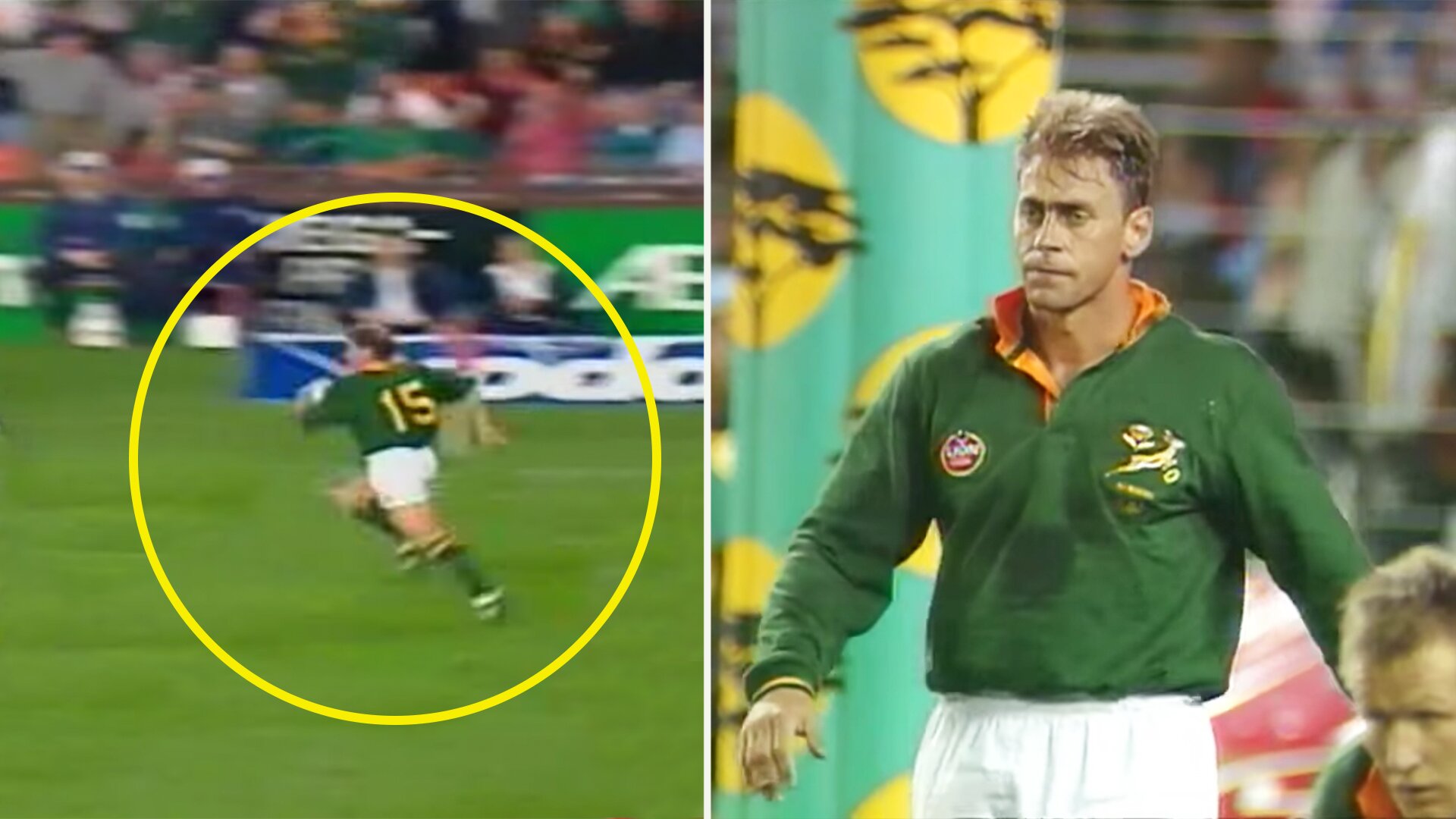 Is André Joubert the most underrated fullback of all time?

When you think of the greatest fullbacks of all time there are a few familiar names that come to mind. Christian Cullen, Matt Burke, Jason Robinson and Serge Blanco come to mind – people don’t always mention André Joubert.

This fullback was at the heart of the World Cup winning Springbok side of the 90’s that dominated test rugby for years.

This video shows just how dangerous he was for South Africa.

André Joubert was widely known as “The Rolls-Royce of Fullbacks” for his pace, class, and seemingly effortless style.

He was capped 34 times at fullback for the Springboks in the 1990s, and amassed 115 test points from 10 tries, 17 penalties and 7 conversions.

He starred in the 1995 Webb Ellis Cup winning side of 1995 and was regarded by many to be the greatest full back in the world over those years.

We think this video proves that he’s arguably the greatest player to ever put on the 15 jersey.

Watch this outstanding montage below

The Netherlands have been confirmed winners of the 2019/20 Rugby Europe Trophy, the second division of Test rugby’s Europe scene, which gives them the chance to contest the play-off match for a shot at promotion to the Championship and involvement in qualification for the 2023 World Cup.

With the season interrupted by the Covid-19 pandemic, the Rugby Europe board of directors proposed to the competing unions (Netherlands, Switzerland, Germany, Poland, Lithuania, Ukraine) to play the remaining games during the second half of 2020, with the understanding that no one will be forced to play and that no relegation will apply from Trophy to Conference level this year.