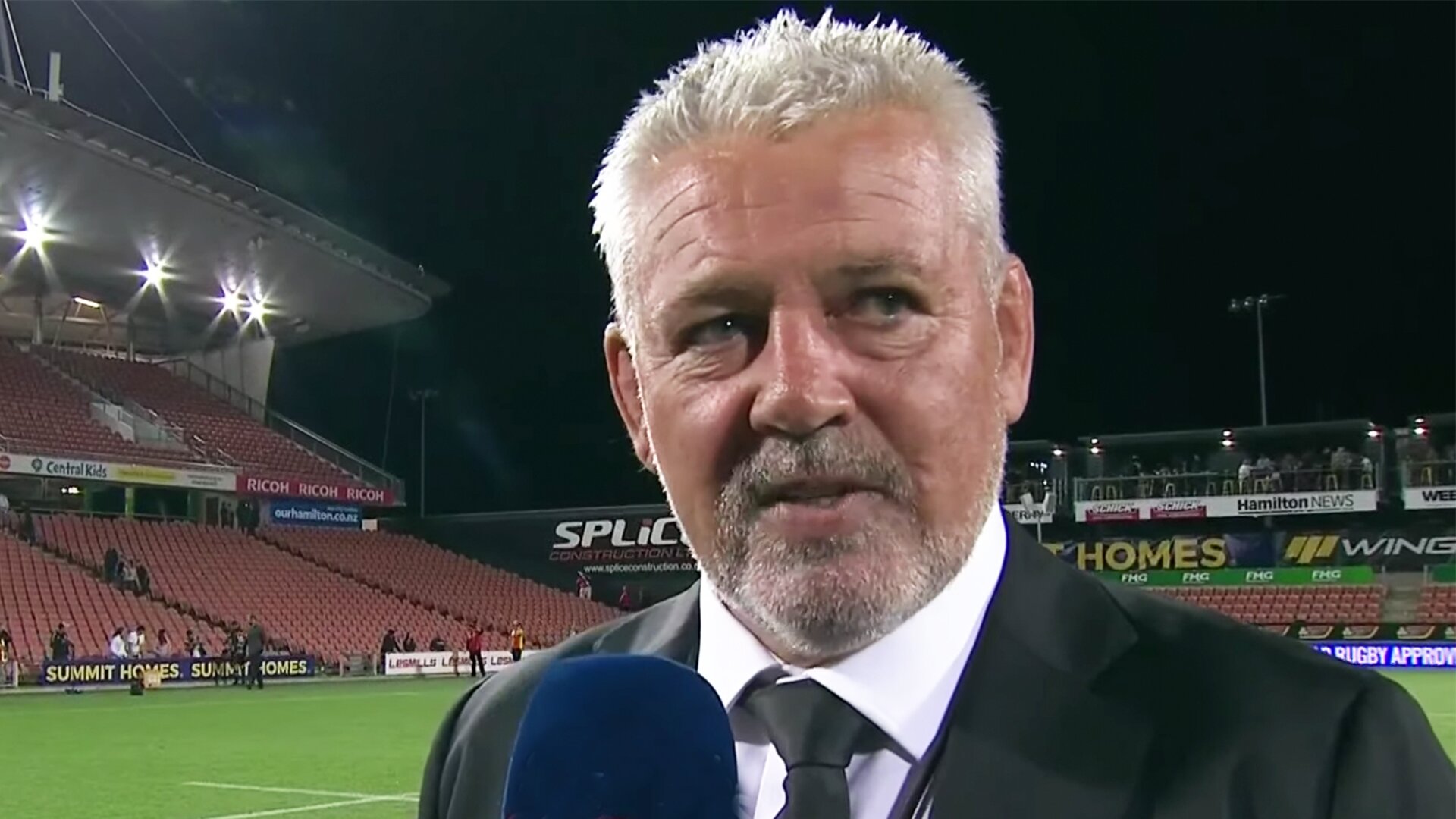 Is Warren Gatland still the man to lead the Lions in South Africa?

Super Rugby Aotearoa has not faired well for Warren Gatland so far.

His side, the Waikato Chiefs, have lost five out of five in the newest innovation of the Super Rugby Franchise which has seen them slump to the bottom of the table.

With the British and Irish Lions series just a year away, we ask – is Warren Gatland still the right man for the job?

The former Wales coach woke up to a barrage of scathing headlines this morning in New Zealand in the wake of yet another Super Rugby loss on the weekend. This time – against the Highlanders.

His side were subject to a 24 point comeback from the Dunedin side that has led to fans questioning whether Gatland has lost his touch since leaving international rugby.

So it’s not going well for him in New Zealand – but his pedigree on the international stage can’t be disputed.

Gatland gave this rousing speech to the Lions before their last win on South African soil – but has he had his day with the touring side?

Gatland took over as coach of Wales in 2008 and was an instant hit as he delivered the Grand Slam on the first attempt.

His tenure has seen spells of Welsh dominance on the European stage with four Six Nation Championship wins including three Grand Slams.

Over the last twelve years he has managed on three Lions tours with a loss, a win and a draw. In the 2009 tour of South Africa, he was the assistant coach to Sir Ian Mcgeechan.

Despite this impressive pedigree at international level, this disastrous spell in Super Rugby Aotearoa has cast a shadow over whether he is the right man to lead the Lions next summer.

Fans have been quick to point this out on social media.

Time for Warren Gatland to step down as Lions coach. Like players, we need to pick Lions coaches based on form. pic.twitter.com/NSvYeYKyz9

The British and Irish Lions tour of South Africa will be one of the toughest in memory as they travel south to face the reigning champions in June.

The Springboks showed at the 2019 World Cup that they really can beat anyone under the tactical genius of Rassie Erasmus and Jacques Nienaber.

Their performance in the semi-final against Gatland’s Wales side should be a worrying sign for Lions fans.

This was the biggest match in Gatland’s international coaching career and ultimately his side were bullied and outmuscled by the Boks in Yokohama.

There are few tougher tests in international rugby than to win a tour to South Africa and it’s not only the players need to be in the best form of their lives.

Gatland’s experience as an assistant coach in the 2009 tour of South Africa will be invaluable.

The second test in Pretoria has long been lauded as one of the greatest rugby matches of all time and the New Zealander will know what to expect next summer.

Could Stuart Lancaster have a part to play in a winning Lions Series in South Africa?

Realistically Gatland is not going to be replaced as the coach of the Lions on the back of five losses – a year before the tour commences.

He’s just started the process of picking his coaching team to join him in South Africa, Will Greenwood recently stated that he felt Stuart Lancaster should be handed a role in the Lions set up for his exploits with Leinster.

Meanwhile, Jeremy Guscott believed that Rob Howley deserved a shot at being Gatland’s number two for the tour.

Whatever the case, Gatland’s pedigree in Southern hemisphere rugby is waning by the week and with it – the Lions chances of victory in South Africa.