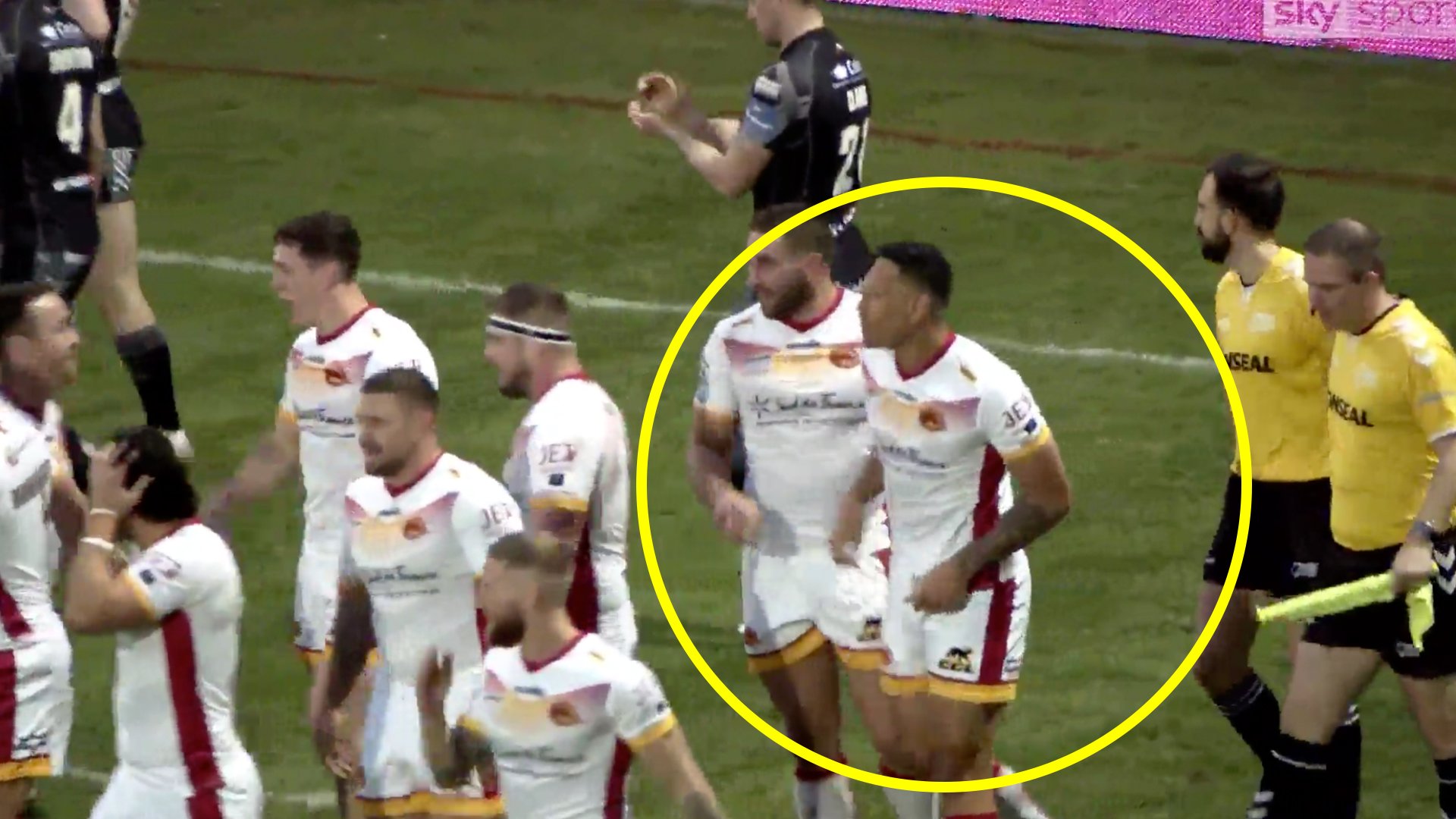 Ex-Wallaby Israel Folau needed just six minutes to mark his Super League debut for Catalan Dragons with a try. This was impressive on his Rugby League Debut.

Former Australia full back  Israel Folau seems to have instantly won over fans in the code after making an instant impact on the pitch for his team.

This is how you announce yourself into a new team!

The controversial 30-year-old, who had his contract terminated by Rugby Australia following homophobic remarks last year, has turned to rugby league to get back into professional sport.

Here is the video of his first try for the team, this was classic Israel Folau, winning the aerial battle and dominating the collison.

Israel Folau has scored a try on his first appearance for Catalan Dragons against Castleford Tigers. pic.twitter.com/socxNFUmDn

His last match of any kind before Saturday’s try-scoring debut for the Perpignan-based Dragons was a Super Rugby game for the Waratahs versus the Blues last April.

Folau slipped into France two weekends ago and Dragons were hopeful he would quickly dust off the cobwebs and get going on the pitch against Castleford.

This he swiftly did, gathering a cross-field bomb from James Maloney in the corner to score, an intervention that left the home crowd chanting “Izzy! Izzy!”.

The announcement that Folau was joining the Dragons had caused an immediate backlash across the Super League with one club, Wigan Warriors, even designating their home match with the French-based team next month as their official Pride Day.

Rovers owner and chairman Neil Hudgell put the Dragons on notice on Tuesday.

“I reserve my position to take proceedings v Catalans Dragons,” the BBC quoted Hudgell as saying.

In the email, he suggested action could be taken if a title sponsor withdrew, external investment was not secured or “quantifiable reputational damage is caused to the brand of Super League and its members”.

Rugby League debut or not, this was great to see.