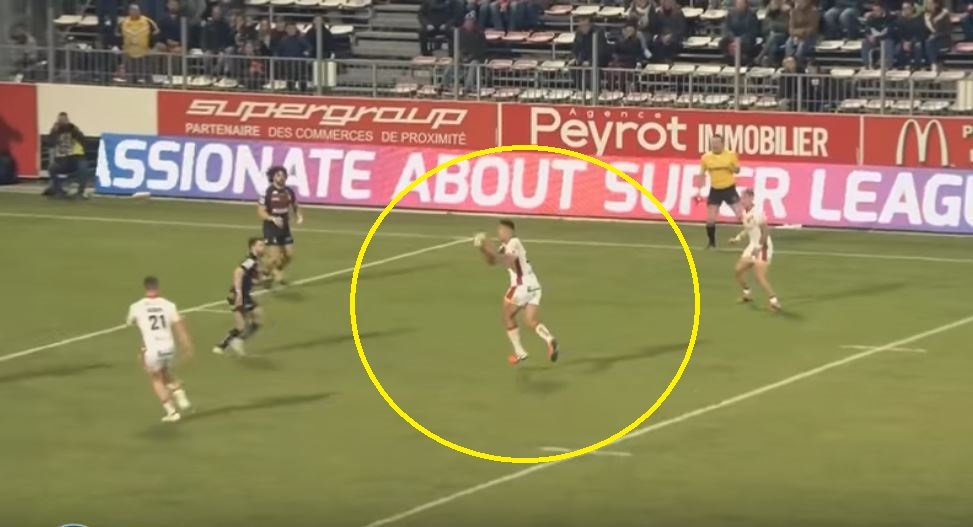 Israel Folau is back and better than ever before. Catalans Dragons won their third Super League game in a row with a 30-14 win over Salford Red Devils.

Folau showed his immense skills, all of which were learned during his time in rugby union, to help his grateful teammate to score a try.

How lucky is he to have Folau as a teammate?

It is seems the controversy around Folau and his god-bothering has all but disappeared at this stage, and the wormer Wallaby is clearly enjoyed his himself.

There’s two clips here, however. First is the clip of him suffering what would be a red card tip tackle in union, and isn’t even a penalty in league. Still, he managed to present the ball and try was immediately scored.

The second clip shows him setting up a try. Majestic.

We don’t agree with Folau’s views, but we are able to separate the art from the artist.

Remember Raelene Castle said last year: “Just briefly, as I’m sure you’ve seen some of the media coverage regarding the Israel Folau matter, I thought I could offer some clarification on where Rugby Australia stands.

“I want to make clear that Rugby Australia has acted with complete professionalism and integrity at all times through the process by which Israel was found, by an independent three-member tribunal panel, to have made multiple, serious breaches of the Professional Players Code of Conduct. The panel found the breaches constituted a high level and directed Rugby Australia to terminate Israel’s contract.

“This is an employment matter and does not concern his religious beliefs or his ability to express them freely. If some of you follow Israel’s social accounts, you will have noticed he has posted religious material freely and openly over the last few years.

“The media attention it has garnered is obviously distracting as it means that we aren’t talking about, and celebrating, all the great things going on in our game.”