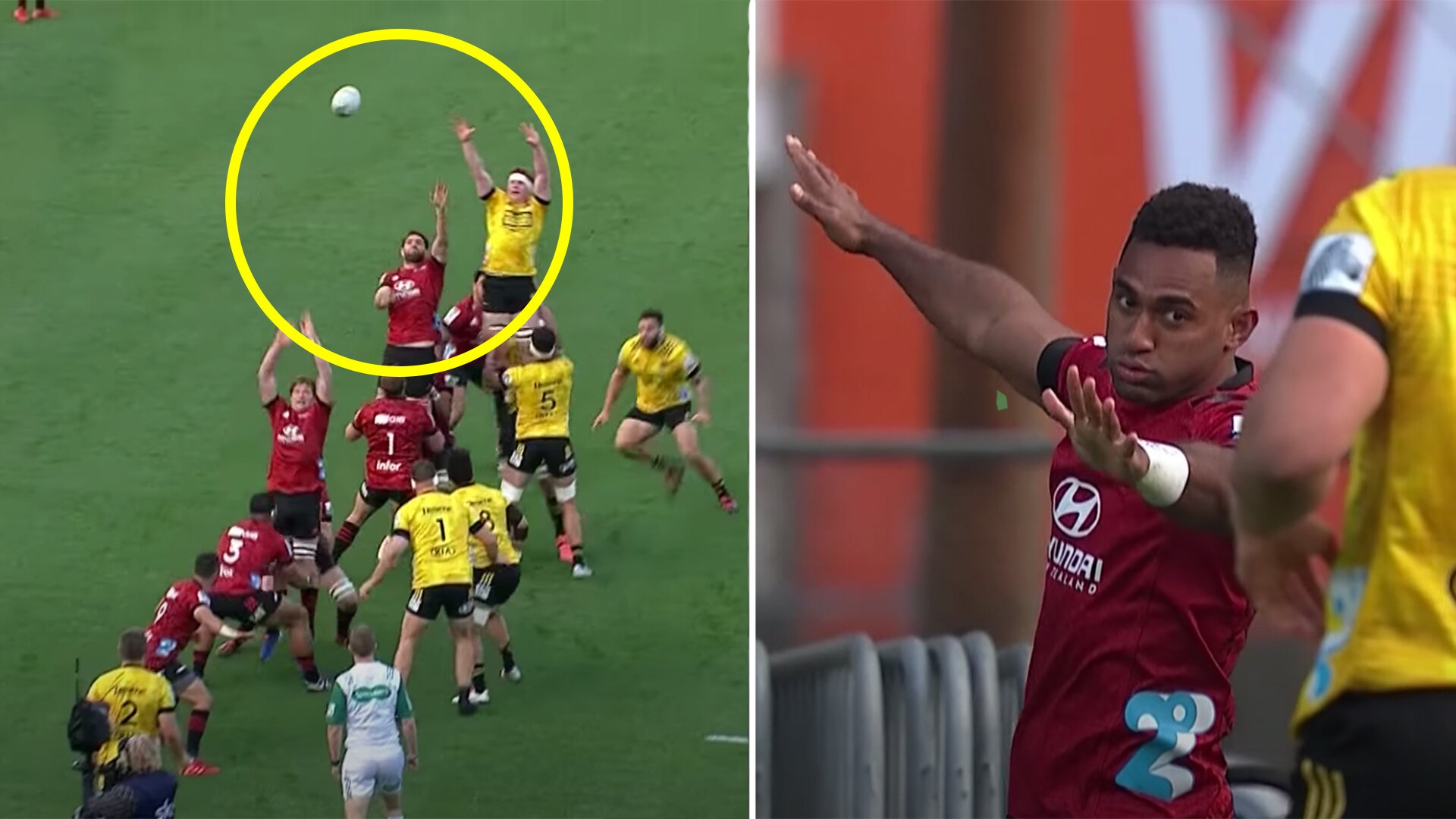 The Crusaders took just a minute today to remind the rugby world why they are the undisputed favourites to win Super Rugby Aotearoa in New Zealand.

From the first lineout of the match, the men in red displayed just how dominant their team teeming with All Black talent.

The Crusaders are firm favourites to win the New Zealand-only Super Rugby competition with the amount of talent that they have at their disposal.

This score from Sevu Reece in just the first few seconds of the match indicates just how dominant they are!

Out of the blocks, this was not a vintage performance from the Crusaders but there is enough from their typically clinical 39-25 victory over the Hurricanes in Wellington to suggest the defending Super Rugby champions will be just as difficult to counter in the New Zealand-only competition.

The five-tries-to-one ledger leads you to believe the Crusaders cantered to their first victory of the Super Rugby Aotearoa campaign when, in fact, they were pushed hard by a spirited Hurricanes unit before pulling away in the final 10 minutes as champion teams so often do.

While the Hurricanes threatened on other occasions, they were always playing catch up and again could not rely on their lineout. They instead leaned heavily on Jackson Garden-Bachop, who slotted 17 points.

The flow of this match, compared to the Blues’ victory over the Chiefs in Hamilton, was better but another 26 penalties is still too many with those frequent stoppages proving disruptive.

The Crusaders simply can’t be stopped at the moment. They are too good!