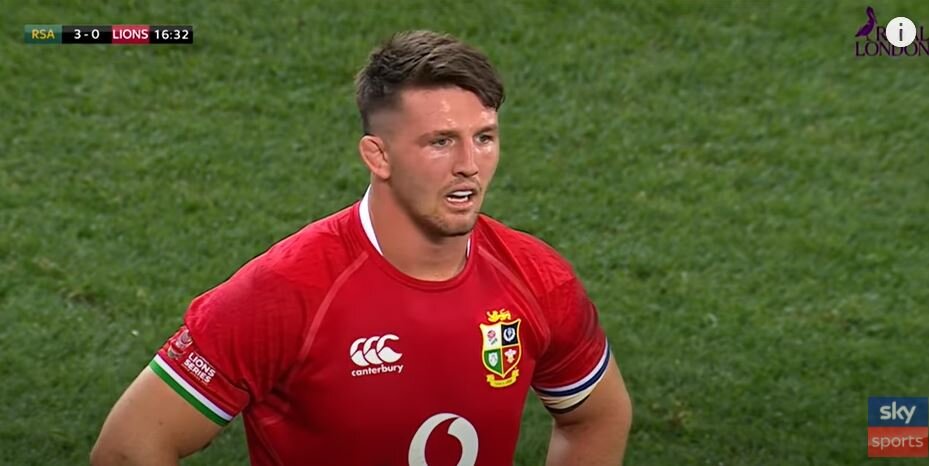 We’re always fair and objective here on Rugby Onslaught, and our South African followers have asked us to look into this hit from Tom Curry, and in the interest of balance we felt we must address it.

Curry hit Faf de Klerk with such force that it knocked Faf nearly 20 metres through the air, and it would have been much farther if it weren’t for his beautiful blond locks.

Anyway, under the international rugby law exchange system, as Faf only got a yellow a week and half ago for South Africa A, the other half of that red can be deducted from Curry’s hit on Faf, so it’s break even.

It’s the same with Hamish Watson. Kriel should have been red-carded for his hit on Chris Harris, so that is transferred to Watson, which was then downgraded from a red to just a penalty.

The Springboks had three tries awarded, but two were cancelled after the intervention from the TMO. Nienaber had no issue with that.

“I completely trust the officials, that is their jobs, they are the professionals in that field,” he said.

“They are in a better position and have many angles to look at. Sometimes these calls go against you, as we found out today. In the second half we had three try scoring opportunities, twice we were called back. Those is the small margins in this game.”

Nienaber refused to blame the potential impact of the COVID pandemic in his team on the defeat.

“We did not play a lot of rugby together, but we still had good cohesion in the first half. What happened in the second half was not because of COVID, we lost the battle in the air.

“They kicked a lot and we planned for it. It worked in the first half and in the second half it did not. Our execution was not as good.”