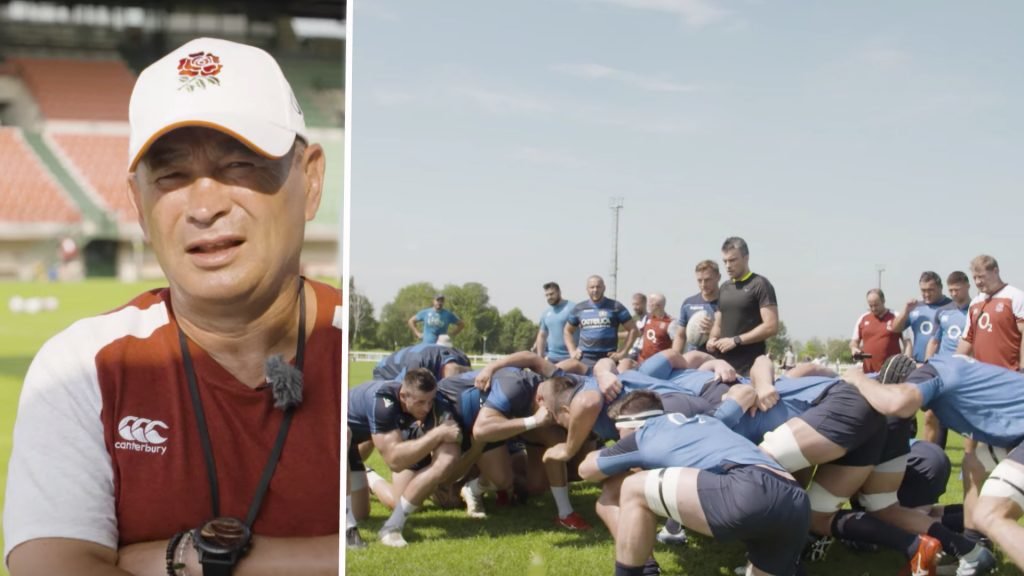 Eddie Jones has England playing against Italy in training sessions

What a tasty session this was with Italy taking on England in a training session masterminded by Eddie Jones and Conor O’Shea. In another fantastic episode of “Risings Sons” we saw England in Italy warming up in Treviso. Italy were training in the same area so it made sense for this to happen.

There was the opportunity for England to get into the same kind of trouble that they did with Georgia the last time but it wasn’t the same with Italy.

In other news: South Africa name strong team for Under 18 clash

Border hooker Jacques Goosen will lead the SA Schools team, and DHL Western Province No 8 Jarod Cairns has been appointed captain of the SA Schools A team for the forthcoming Under-18 International Series, which kicks off in Stellenbosch on Friday.

Cairns, from Paul Roos Gymnasium, will be assisted by Border and Selborne College scrumhalf, Daimon O’Connell, who is the SA Schools A team vice-captain.

The U18 International Series kicks off at Paul Roos Gymnasium in Stellenbosch on Friday, 9 August, with matches to follow at Paarl Gymnasium on Tuesday, 13 August and Hugenote High School in Wellington on Saturday, 17 August.

The SA Schools team will open up their campaign against Wales, followed by clashes against Argentina and England, while the SA Schools A team will meet France, Wales and Argentina respectively.

Unfortunately for SA Schools coach Mzwakhe Nkosi, the injury curse has hit already – only two days into the team’s preparations – with Bryan le Roux (prop) ruled out due to an ankle injury. Sibusiso Shongwe has been promoted from the SA Schools A team, while Assupol Blue Bulls prop Gerhard van der Merwe (from Garsfontein) has been called up to the SA Schools A team as a replacement.

Nkosi was pleased with the progress his team has made since assembling in Stellenbosch on Sunday and said: “We are starting to look like a team, and the vibe in the camp is very good, which is great for us as management.

“This tournament provides great exposure for these players, and it is even better that they get to do so against quality nations like England, France, Wales and Argentina. So we would like to see them grab this opportunity with both hands and show their talent.”

He added: “The opposition will be really tough and organised. Three of the teams had the advantage of playing in a junior Six Nations, so we are expecting enterprising play and physicality from the participating teams.”

SA Schools A team coach Phiwe Nomlomo was equally pleased with his team’s preparations so far and said: “It has been great so far. The intensity has been good and the excitement among the players to represent their country is fantastic. We are expecting a good challenge from the opposing teams, but we also need to go out there and show what we can do.”

Nkosi and Nomlomo will announce their teams for Friday’s opening games on Thursday.