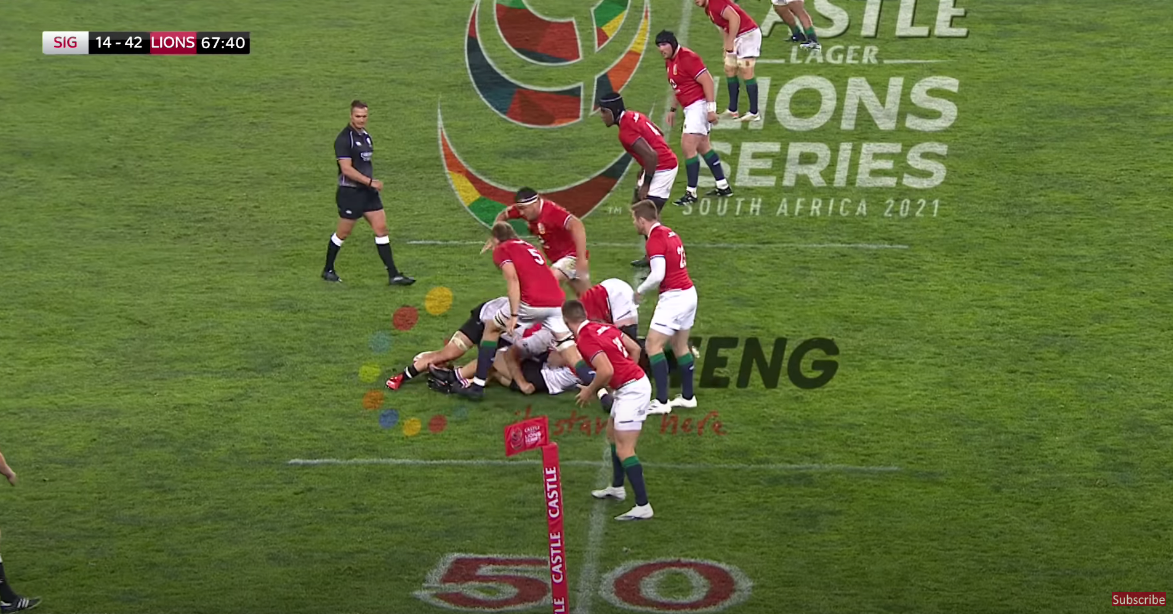 The British and Irish Lions XV that beat the Cell C Sharks 54-7 on Wednesday was significantly different from the one that was originally selected due to an outbreak of Covid in the camp.

Warren Gatland was forced to make many late changes to his squad, as players were drafted in at the last minute. One of those was Maro Itoje, who came in to replace Tadhg Beirne on the bench.

After the win, the Englishman shared on Instagram a secret detail that many people may not have seen during the match, which was that he had to wear the jersey originally made for Beirne, which had the Munster man’s name and Lions number embossed on the bottom.

This would have obviously been the case with many other players in the squad, and goes to show how late a decision it must have been to make the changes. Players like Itoje must also be commended for stepping in, particularly after playing a full 80 minutes in the win over the Sigma Lions on Saturday.

A picture like the one shared by Itoje perhaps shows what a unique tour and unique time the players are in.