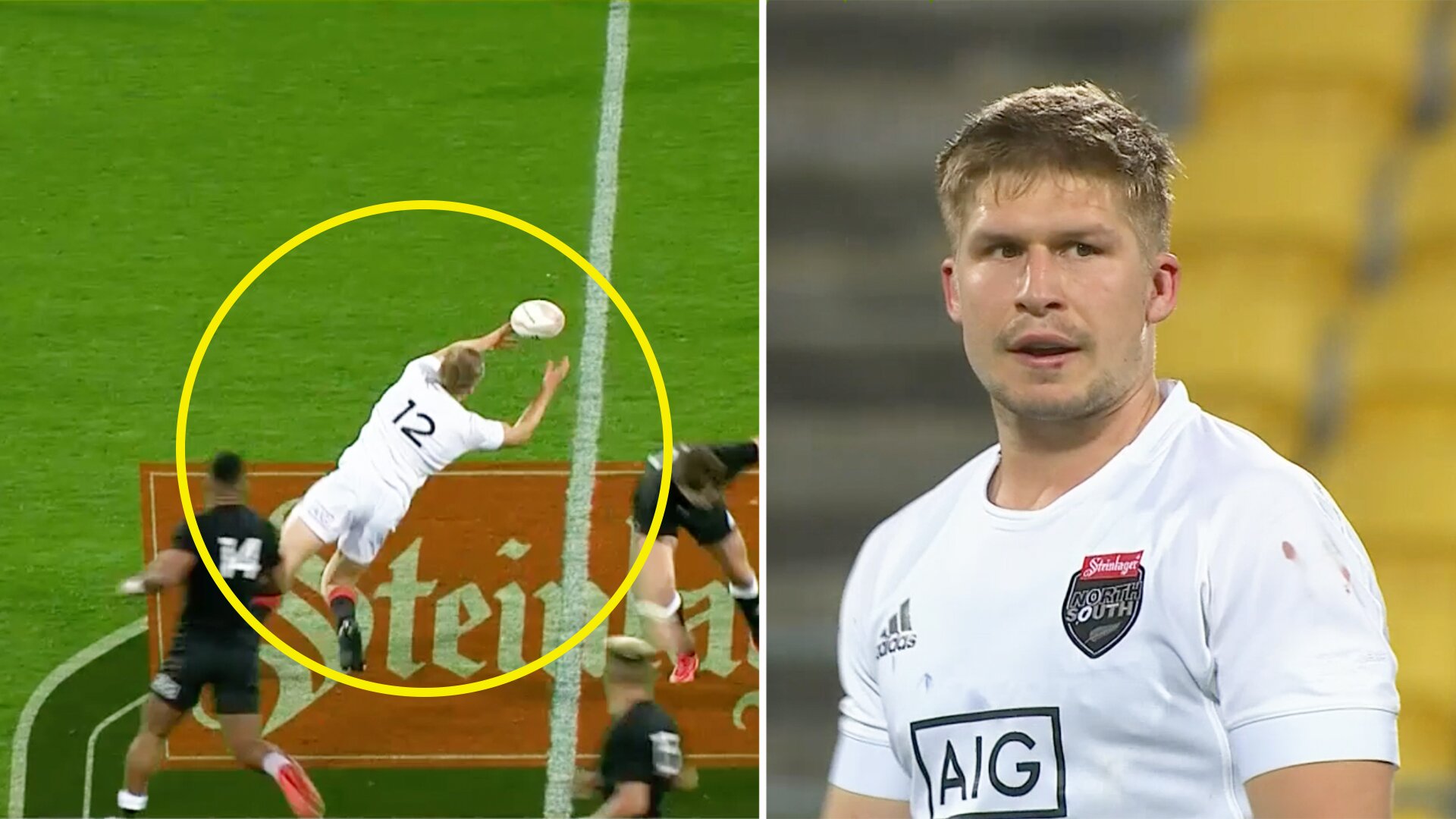 This morning saw the much-anticipated inter-island clash between the North and the South in New Zealand. Jack Goodhue grabbed headlines in the first half with this physics-defying piece of play.

The game had been a thrilling, end to end encounter with both teams throwing the ball around like it was a game of footy in the park.

Jack Goodhue may have given his mullet the chop – but he was still harnessing it’s power with this incredible show of athleticism of of this kick chase in the first half.

How about this for athleticism from Jack Goodhue pic.twitter.com/7oZRK0DXfF

The game had seen some sensational scores in a seesaw battle with both teams going hell for leather in this clash that was held behind closed doors.

The North started the stronger as Beauden Barrett and Rieko Ioane linked together beautifully for this score in the opening minutes of the encounter.

‘Outstanding’ start from the North 💪 pic.twitter.com/n0cRbr0lXo

The South hit back with scores of their own. The North called on their star studded backline to score this sensational first half try with some razzle dazzle handling from a number of All Blacks.

watch the razzle-dazzle try below

‘Outstanding’ start from the North 💪 pic.twitter.com/n0cRbr0lXo

The sides exchanged more tries as the first half wore on with both teams electing to play an attack focused game.

Even though the sides were taking this approach it didn’t get in the way of the match intensity and we could clearly see how much it meant to both teams as tempers spilt over at the end of the first 40.

‘That was the friendliest fight of all time’ 👀😂 pic.twitter.com/V0MzWF1MI4

The South ended the first half with a slim 14-17 lead.