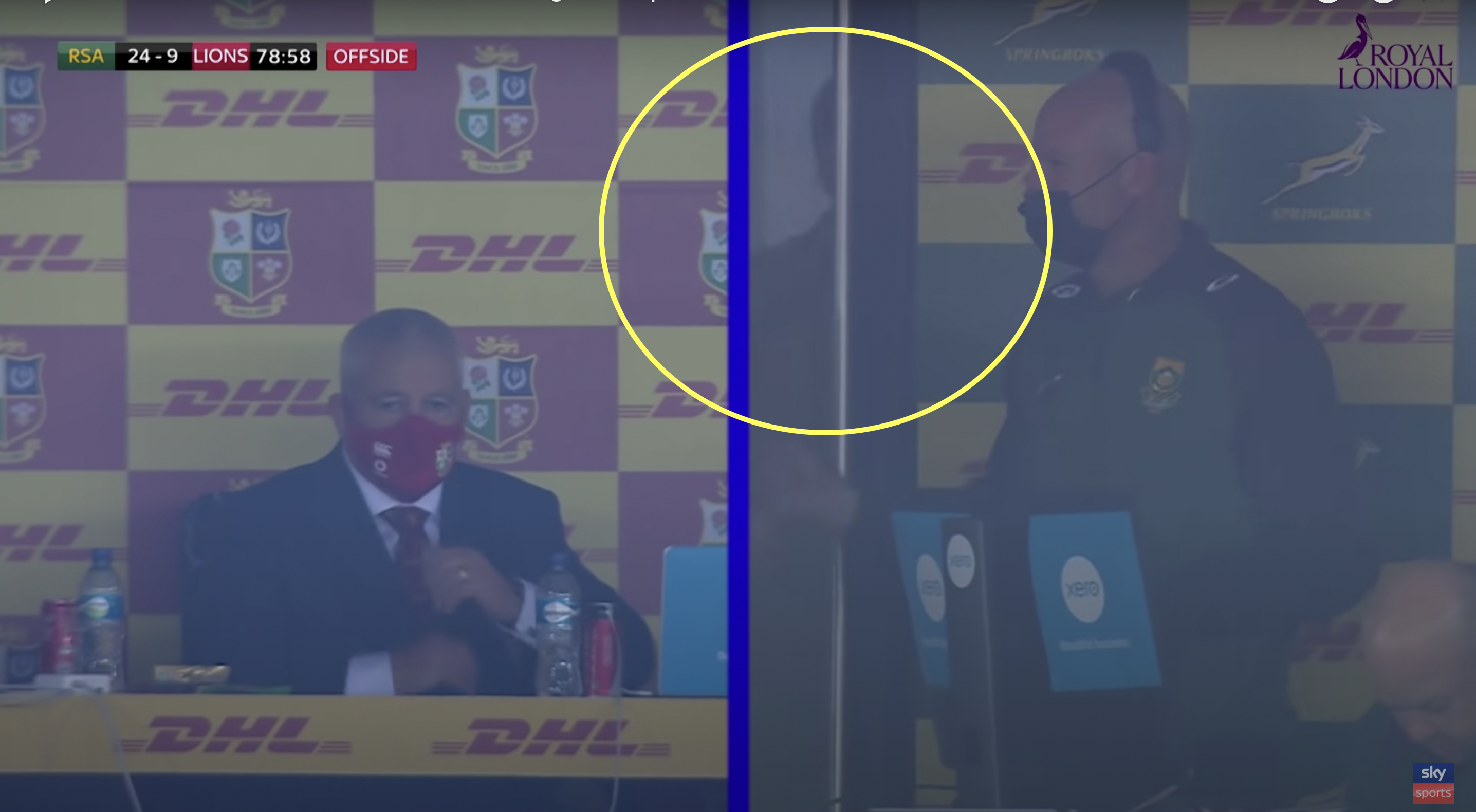 Some people do not believe in Jaco Johan, others believe he is a mythical character that Springbok coaches use to scare referees. Either way, no one is 100% sure if he exists or not (except maybe Rassie Erasmus).

But eagle eyed viewers may have noticed the elusive Johan this past weekend in the Springboks’ box during the match against the British & Irish Lions.

At 12:01 of this video, Johan can clearly be seen in the background as Jacques Nienaber goes to hug assistant coach Daan Human. Being the camera-shy and bashful person he is, Johan quickly hid to maintain his anonymity, but the side of his head is visible. Like all great heroes, his face cannot be seen, not only to protect himself but to protect the ones he loves. And to let him continue being the scourge of the Lions on Twitter.

Rumours have also emerged that he pulled the strings in the Springboks’ dismantling of the Lions at Cape Town Stadium on Saturday as well, and that Nienaber was simply the face of the operation.

Have a look at the evidence:

Now some naysayers will look at this video and will simply point out that the footage of Jaco Johan is just someone’s reflection, but that is EXACTLY what Johan wants you to think. The master of disguise that is Johan is not going to stand in the South African box and wear a T-shirt saying ‘I am Jaco Johan’, no, he is going to disguise himself as someone’s reflection. Even then, the cameras could only catch a glimpse of him for a split second, as he proves to be more elusive than the Yeti and Bigfoot combined.

He has gone back into hiding for now, and given the performance on the Boks at the weekend, and also the officials, he may not resurface before the third Test. But depending on how Mathieu Raynal performs on Saturday, he may come out of hibernation.