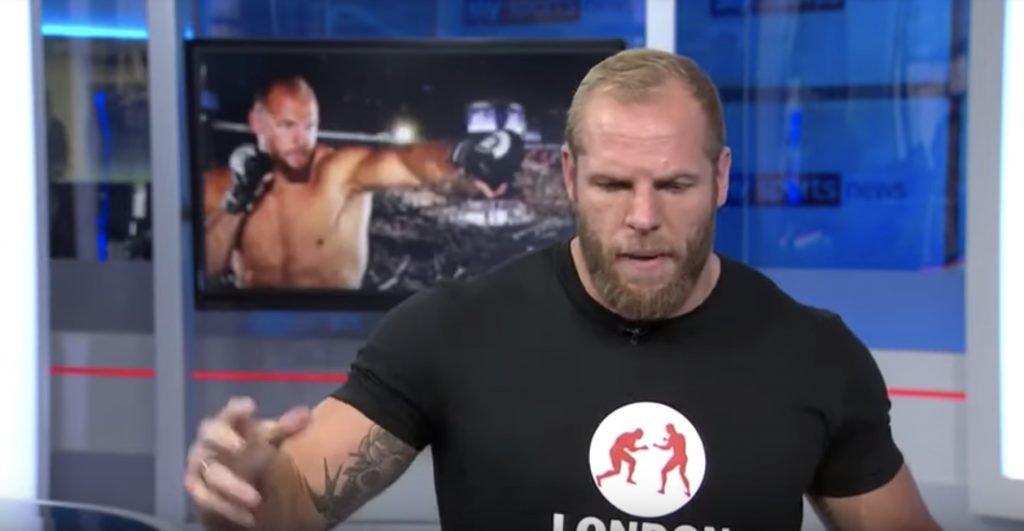 James Haskell on why he is taking up MMA

It’s common knowledge among many now that former rugby star James Haskell is now taking on a career in MMA. The 34-year-old made a name for himself in rugby as a big-hitting, agile pilferer and this in many ways is why he will be suited to the sport.

Speaking to Sky Sports, Haskell said that he formerly trained at London Streetfighters gym, a gym that had wrestling and jujitsu as common sports.  He said that a lot of the work that he did at this gym helped him to improve his tackling.

He said in the interview:

“I’ve gone from being at the top of one sport to the bottom of another. I want to physically test myself, I think it’s fun. There’s a little bit of fear in there for me as well and Bellator’s such a fantastic organisation that I’m finally looking forward to getting back in that cage.”

Haskell also spoke about how his wife Chloe Madely was initially very concerned about the dangers of the sport after spending years worrying about him in rugby. However Haskell said that he always wanted to play rugby until he couldn’t play anymore and this was just another challenge for him.

Here’s the interview that James Haskell had with Sky.

In the interview he said, “a lot of times when you see people make a transition, the first time they get in the boxing ring they look like they haven’t taken a punch or done anything”. Haskell will be keen to not get into that situation.

We will be keen to see how the ex-Wasps man will handle the transition to the sport. Many have commented on the dangers for Haskell in this sport, believing that he won’t be able to handle the physicality of the sport.

Not sure he's clear on what a hiding feels like.

See how he reacts to a kick in the chops lol he might look like the real deal but he’s had no fights , bit old to get his head smashed now,

But will he have the ability to actually hit anybody decent without getting smashed in the process?

decent athlete & powerful man – if he gets fed the sort of fighter that bellator have given jack swagger – then he’ll be okish – but put him in against the higher level guys – it will be v hard to watch. You can’t bridge that gap without a some sort of credible combat background