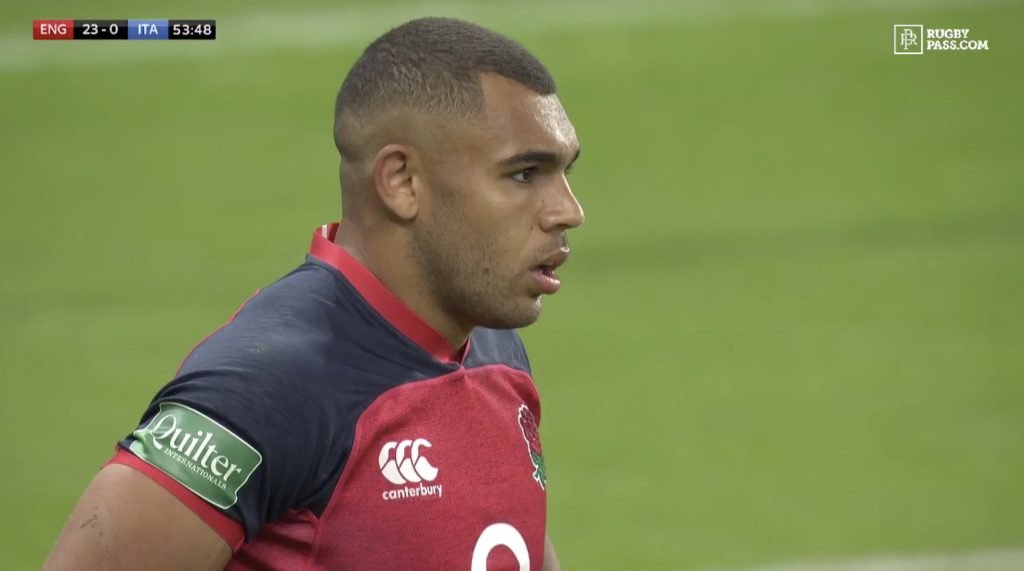 Joe Marchant just scored a brilliant try for England against Italy tonight as England ran out easy winners against a weak Italian outfit. Luckily for England the main thing was that there were no injuries, but Marchant himself had a brilliant performance for England.

Look at this play here where he cut straight through the defence, those kinds of lines at this level are special to say the least.

Marchant currently isn’t in the England contention for Japan as he was left out of the squad, but he may very well have put his name up for contention if there are injuries.

Other players had big performances tonight, Ellis Genge played very well with this try towards the end of the match.

England with pressure and power, Ellis Genge over for his first international try. 30-0.

We love that brute power!

In other news: Erasmus satisfied with Bok display

Rassie Erasmus was a satisfied man after his team successfully dodged a potential booby-trap with a 41-7 victory over Japan at the Kumagaya Rugby Stadium on Friday evening (Japanese time).

The Springboks’ seven try to one victory completed the team’s pre-Rugby World Cup preparations and restored some historic order in the wake of Japan’s famous 34-32 victory at the 2015 Rugby World Cup.

“There are some tired players in the change room and some tired bodies but we haven’t got a lot of injuries and it has put us on the right track for the Rugby World Cup,” said Erasmus.

“Japan pushed us hard right to the end. At halftime we were leading 14-0 or 22-0 or something but they scored that try after Frans Steyn had that pass go loose and that gave them hope. They are a dangerous team and really challenged us.

“I really believe that if we progress from our pool there’s a chance we may meet them again.

“But the game went pretty much as we wanted it to. We put up a lot of contestable kicks because they have not faced that much and we wanted to see how they handled that.

“We scored four of our seven tries from contestable kick turnover so we’re happy how that turned out.

“Having said that, I think the scoreboard was flattering to us today.”

Erasmus also said how much his team was enjoying their Japanese experience.

“I haven’t experienced the way the crowd respected the game – the way they applauded good play from both sides and when the replacements came on and were quiet for the kickers – it’s not something we’ve experienced before.

“And I don’t get upset if they ask us about 2015; Japan should be proud of that result but it’s why we wanted to win this match and now we hopefully we see them in the play offs if we progress.”

Siya Kolisi was asked what impact the appointment of Erasmus had had on the team.

“The one thing that he brought back to us is that the Springboks are bigger than our personal goals and that if we work as hard as we can for each other we will be successful.”