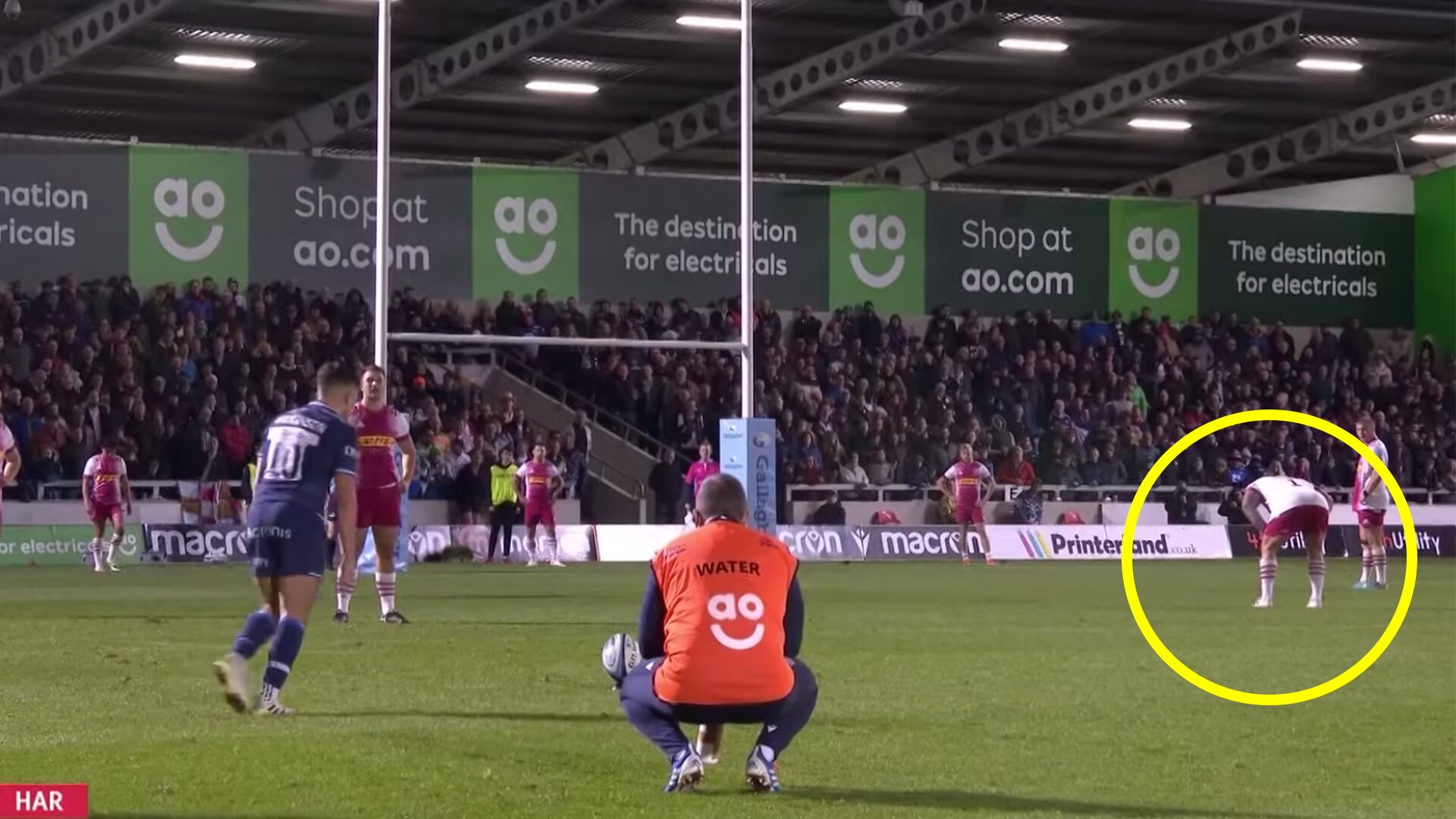 England and Harlequins prop Joe Marler is known for some funny stunts in rugby, and his tomfoolery has yet again brilliantly caused headlines.

Marler was playing for Harlequins this weekend when they took on Sale Sharks in the Gallagher Premiership.

It was late in the match when Sale were awarded a penalty kick which would have put them a point ahead of their rivals.

The Prop is seen just before the kick bending down and doing a funny movement, the kicker then slices the ball horrendously wide.

It is illegal for players to distract the kicker in rugby when they are about to kick the ball. 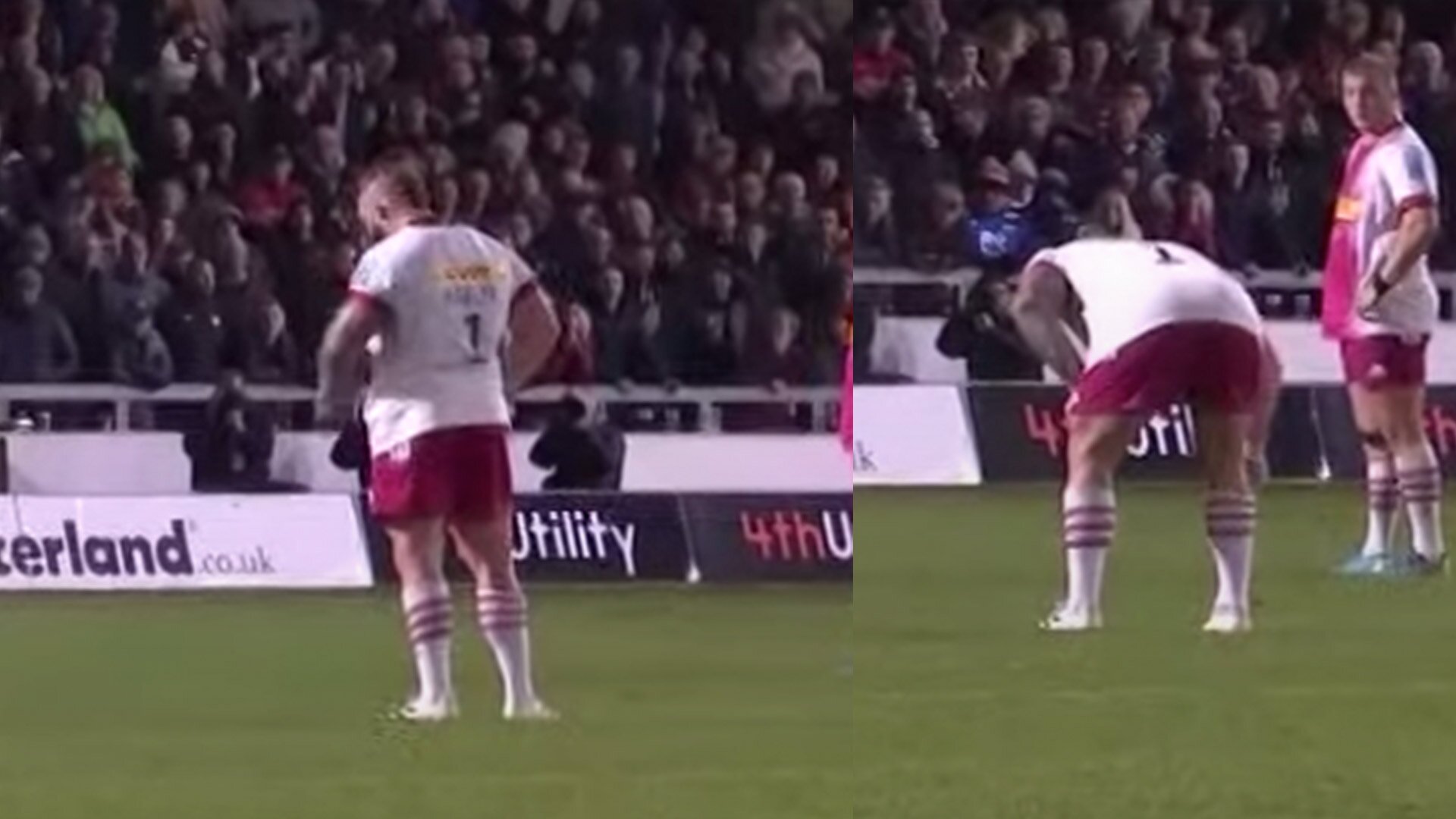 Did Joe discover a clever method of distracting the kicker here without being outrageously obvious?

All we know is, it certainly worked!