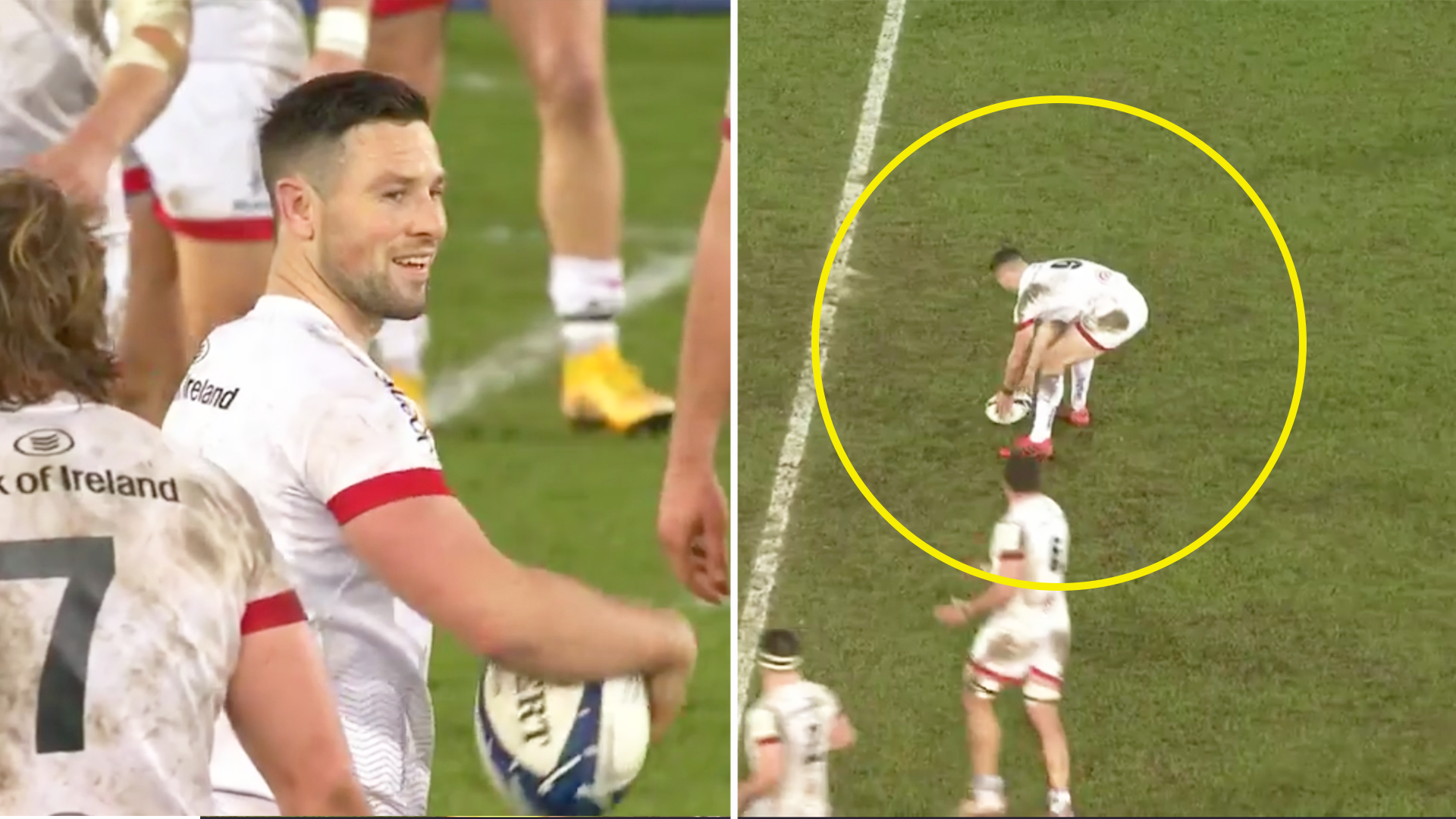 John Cooney had quite the afternoon at Kingsholm yesterday as his side, Ulster, faced Gloucester in the Champions Cup.

The 30-year-old Ireland scrum-half had a blinder in which he was back to his phenomenal best against the English side but that wasn’t enough to stop the Cherry and Whites from bagging a dramatic winner in the last play of the game to send their fans into euphoria.

There was one moment earlier on in the encounter that left the Ulster man red-faced at Kingsholm though.

The Champions Cup clash yesterday was thriller with both sides trading score after score in a match that had fans raving on social media.

John Cooney pulled the strings for the Northern Irish side and scored a brilliant opportunistic try in the 67th minute of play after capitalising on a loose ball being ripped out from an opposition player in his own half.

Watch Cooney’s fantastic second-half score in the video below.

John Cooney that is magnificent! Spots the gap and he is GONE 💨

What a game this has been! pic.twitter.com/cj15HBAJcO

The moment that left the Ulsterman red-faced however came in the dying moments of the first half with the scores standing at 17-10 to the hosts.

The match, at this point, was very well balanced but Gloucester had the momentum in the game. With their tails up and Ulster very much on the back foot, John Cooney wanted to take the sting out of the situation for his side by taking every possible second available for his penalty kick.

What followed was a very embarrassing moment for the Irish scrum-half. Watch in the video below.

John Cooney used every second standing over this kick, as he’s entitled to…

But when the ball falls off the tee and you’ve got no time left? That’s gotta hurt 🙈#HeinekenChampionsCup pic.twitter.com/pqC6nQgYSj

We see as he lines up the penalty from over 50m out in the driving wind and rain at Kingsholm.

Using gamesmanship tactics, Cooney looks to drag out the final minutes of the half by taking all of the allotted time for his penalty attempt.

Fans in the renowned ‘Shed’ gave out a huge roar as the ball fell off the kicking tee just at the moment that John Cooney was about to strike the ball.