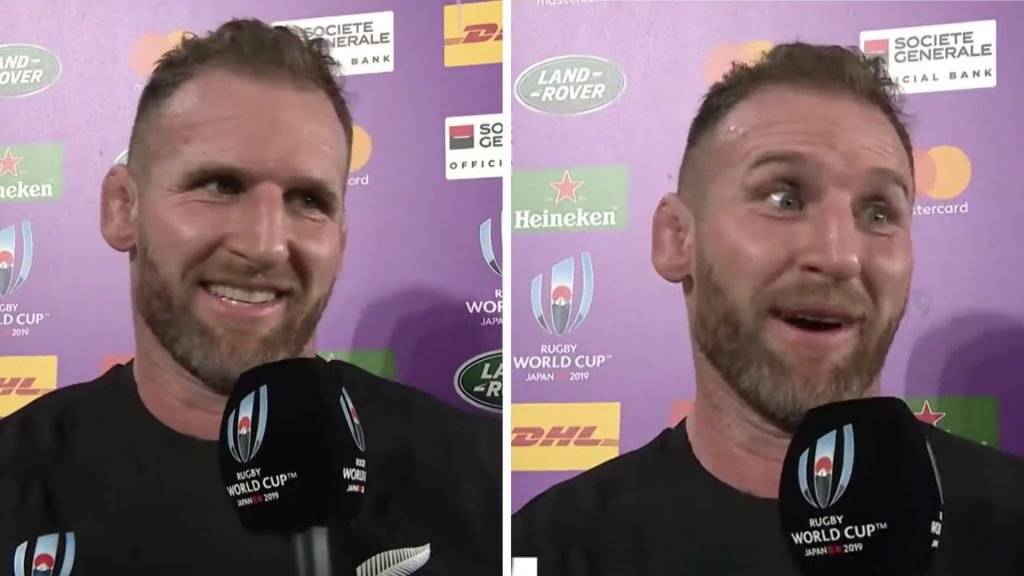 It was a fantastic match wasn’t it. There was SO much hype for both teams going into this match and jesus were we given a treat of a match. Kieran Read was on surprisingly good form after the final whistle and his interview reflected that. We say it’s surprising because Kieran “Crazy Eyes” Read is normally pretty neutral even after a big win.

It must have really meant a great deal to him and the team to beat a team that many had billed as the favourites going into this tournament.

In an interview with World Rugby, Kieran seemed more jovial than normal, honestly lads and ladies, you may think this interview is no different than others but you can tell the All Blacks were happier than usual about a win against the Springboks.

The Wallabies have opened their Rugby World Cup 2019 account with 39-21 victory over Fiji in Sapporo on Saturday.

The men in gold eventually ran in six tries to two over their Pacific neighbours but they were made to work by the Fijians who took a two-point advantage into halftime and extended their lead with an early second half try.

Fiji came out in predictably physical fashion, mixing in big hits in defense with some powerful carries and flair in attack to open up a 21-12 lead after 45 minutes.

But as the second half wore on, Michael Cheika’s men found their spark and turned around a mistake-ridden start to pile on the points and run away with an important bonus-point win.

The Australians scored two first half tries, the first by skipper Michael Hooper who barged through would-be tacklers for his, before Reece Hodge finished neatly in the corner of some slick hands for Australia’s second.

But those tries weren’t good enough to give the Wallabies the lead at the break, with Fijian standout Peceli Yato registering the first five-pointer inside 8 minutes of play and Ben Volavola landing three penalty goals to send Australia to the dressing rooms down 12-14.

It wasn’t until midway through the second stanza that the Wallabies pack took control of the match, with hooker Tolu Latu’s powerful effort off a maul in the 57th minute opening the floodgates.

Latu notched another one from a lineout drive five minutes later, after Fiji centre Levani Botia was yellow-carded, and the Wallabies continued to heap the set- piece pressure on a tiring Fijian pack.

The backs would also eventually get in on the action with Fijian-born duo Samu Kerevi and Marika Koroibete crossing late to finish the job and give the Wallabies the result they were looking for to kick off their Rugby World Cup 2019 campaign.