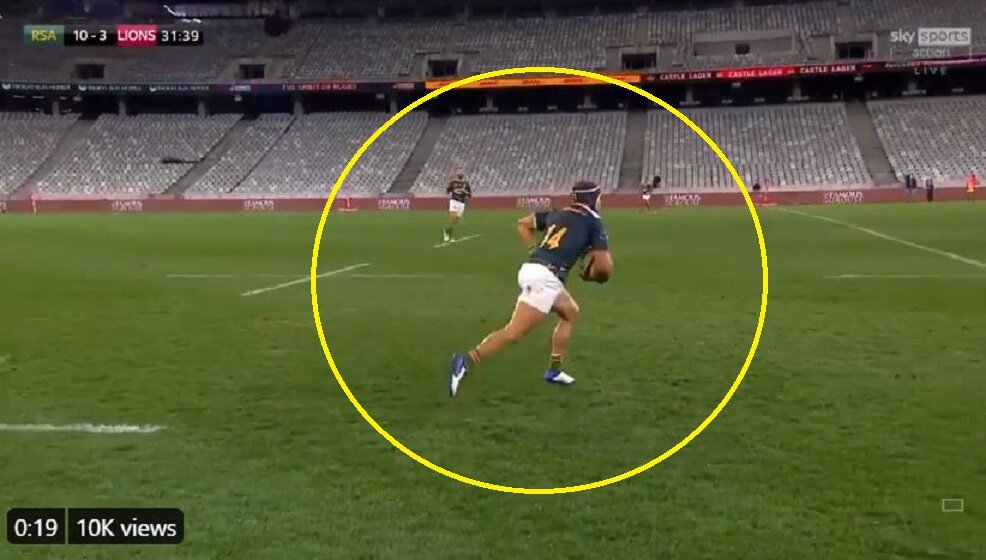 When is enough enough Cheslin Kolbe? How many defenders do you have to shred before you’re satsified?

The British and Irish Lions were clearly both tired and still shocked by having to play the Springboks Test so early in the tour, so what does Kolbe do? Instead of being a good host and making his guests feel comfortably in his home, he runs at them and sidesteps them and terrifies them?

The Irish hooker, who trained with the Lions squad in Jersey prior to the start of the Castle Lager Lions Series, will travel together with Alun Wyn Jones (Ospreys, Wales) to Cape Town.

“There’s no injuries to the three hookers out here, but we think it’s prudent to bring in cover in that position ahead of the Test series.”