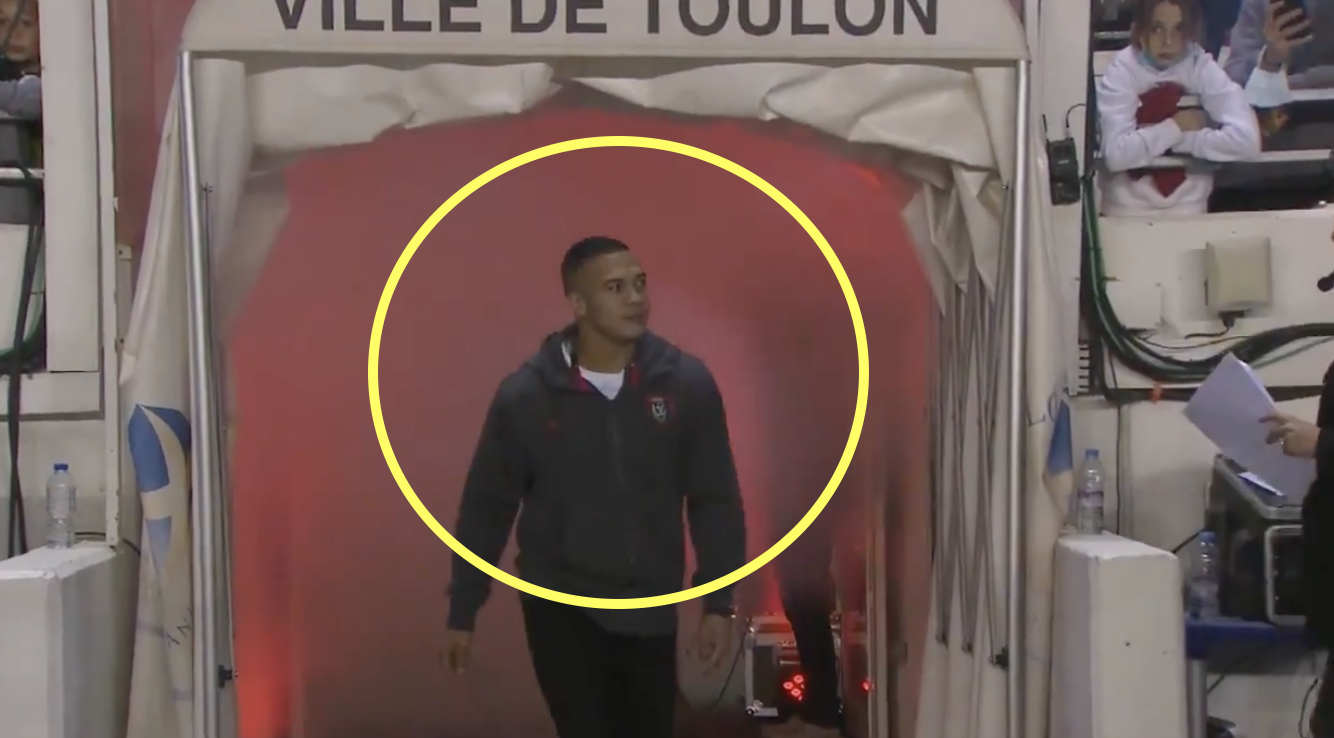 Cheslin Kolbe received a raucous welcome from the Stade Mayol this weekend as he was unveiled to his new club Toulon.

The Springboks winger was probably the landmark transfer in world rugby over the summer, making a record-breaking £1.5m move from reigning Top 14 and Heineken Champions Cup winners Toulouse to Toulon. While this entire ordeal was being brokered, the 27-year-old was in the midst of a series against the British & Irish Lions and the Rugby Championship immediately after.

With the conclusion of the Rugby Championship at the beginning of the month, Kolbe made his move to the Cote d’Azur, although he is not expected to start playing until December. It will only be a short stay with Toulon before he teams up again with the Springboks ahead of their tour of Europe, where they face Wales, Scotland and England.

But he received quite a welcome from his new home fans before their match against Racing 92 on Saturday, which is perhaps understandable as fans know that they have one of the best, if not the best, player on the planet joining their ranks in a matter of weeks.

Take a look at the reception:

Unfortunately for Toulon, Kolbe did not prove to be a good-luck charm, as they fell to Racing 27-20. Once he steps onto the pitch as a player, that is when the team are bound to see a change in their luck. In the past two years the South African has won almost everything he could possibly win in the game, which includes a Rugby Championship, a World Cup, a Champions Cup, a Top 14 title and a series win over the Lions. He scored match winning tries in both the World Cup final and the third Test against the Lions as well.

With only two wins from their opening seven games, Toulon will be desperate to seeing Kolbe playing as soon as possible.