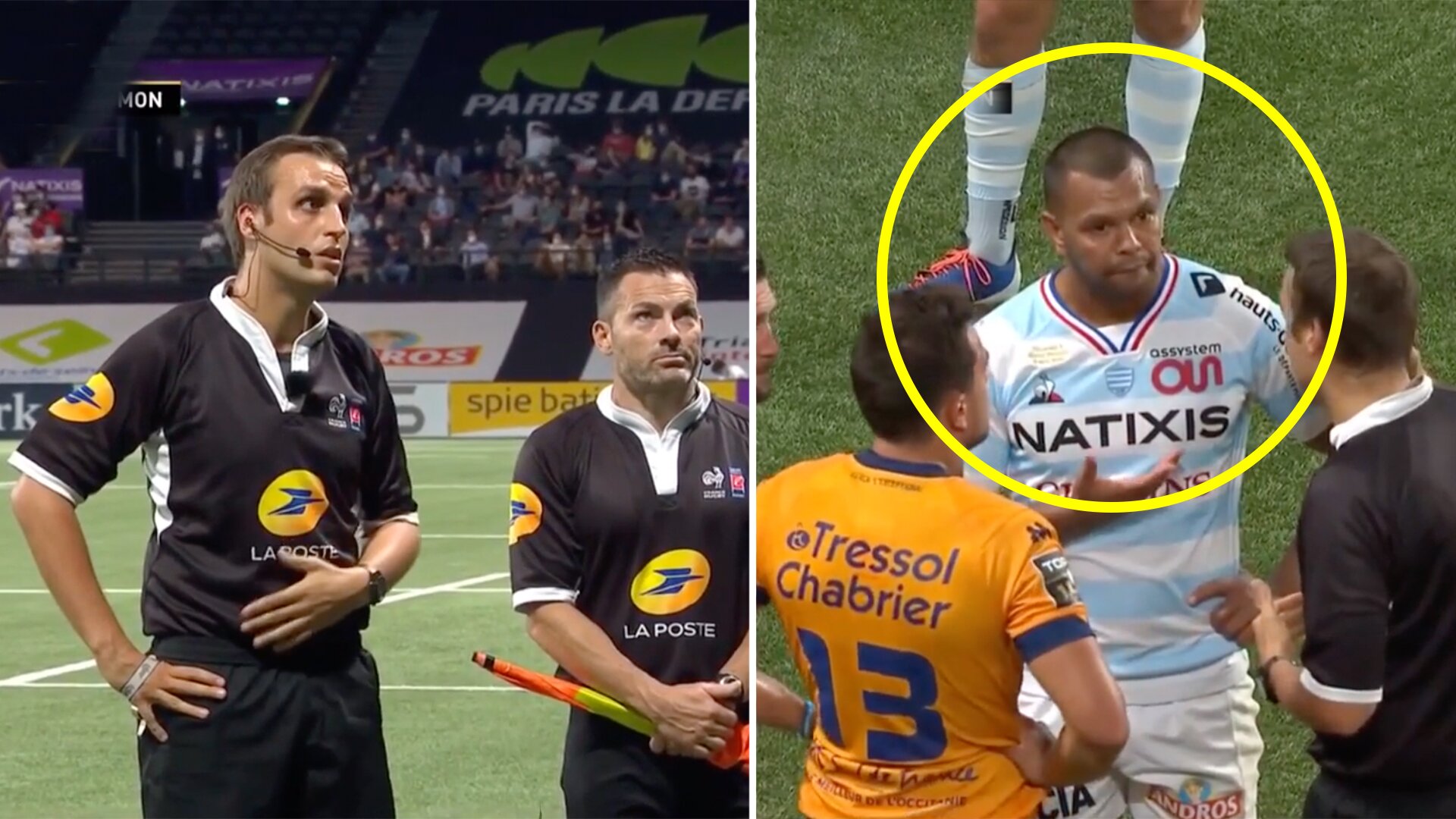 Kurtley Beale has endured one of the worst starts to his second game in the Top 14 for Racing 92 as he fell foul, losing his head in the second half of the match.

The Australian mercurial star recently joined the French team from the Waratahs in Super Rugby. His first game was brilliant, linking well with Finn Russell, however, this was not the case this weekend as he found himself on the wrong end of the referee for a brutal challenge in the 62nd minute.

The 31-year-old was shown red for the challenge in the match, which has upset many French fans in the division.

The challenge now puts his place in jeopardy now for the quarter-final against Clermont in the Champions Cup.

The referee took a long look at the incident, and he even seemed to apologise to Beale for having to send him off. If he was a Springbok he most likely would have got away with it. But, alas, he is Australian.

With 18 minutes to play Beale was given his marching orders for as his arm made contact with Vincent’s head in a tackle.

Kurtley Beale has been sent off for a high tackle on @MHR_officiel and @FranceRugby centre Arthur Vincent in his first home game for @racing92 The Parisians are up against @ASMOfficiel in a @ChampionsCup QF next weekend. Like Owen Farrell, Beale is poised to miss out.

The challenge itself didn’t appear to hit the Montpellier player with a massive amount of force, however, the player did run extremely fast before the hit was made. This made the tackle look far worse than it actually was.

The match itself was a high drama affair, with Handre Pollard going off for Montpellier with a bad knee injury.

Not a red for us.