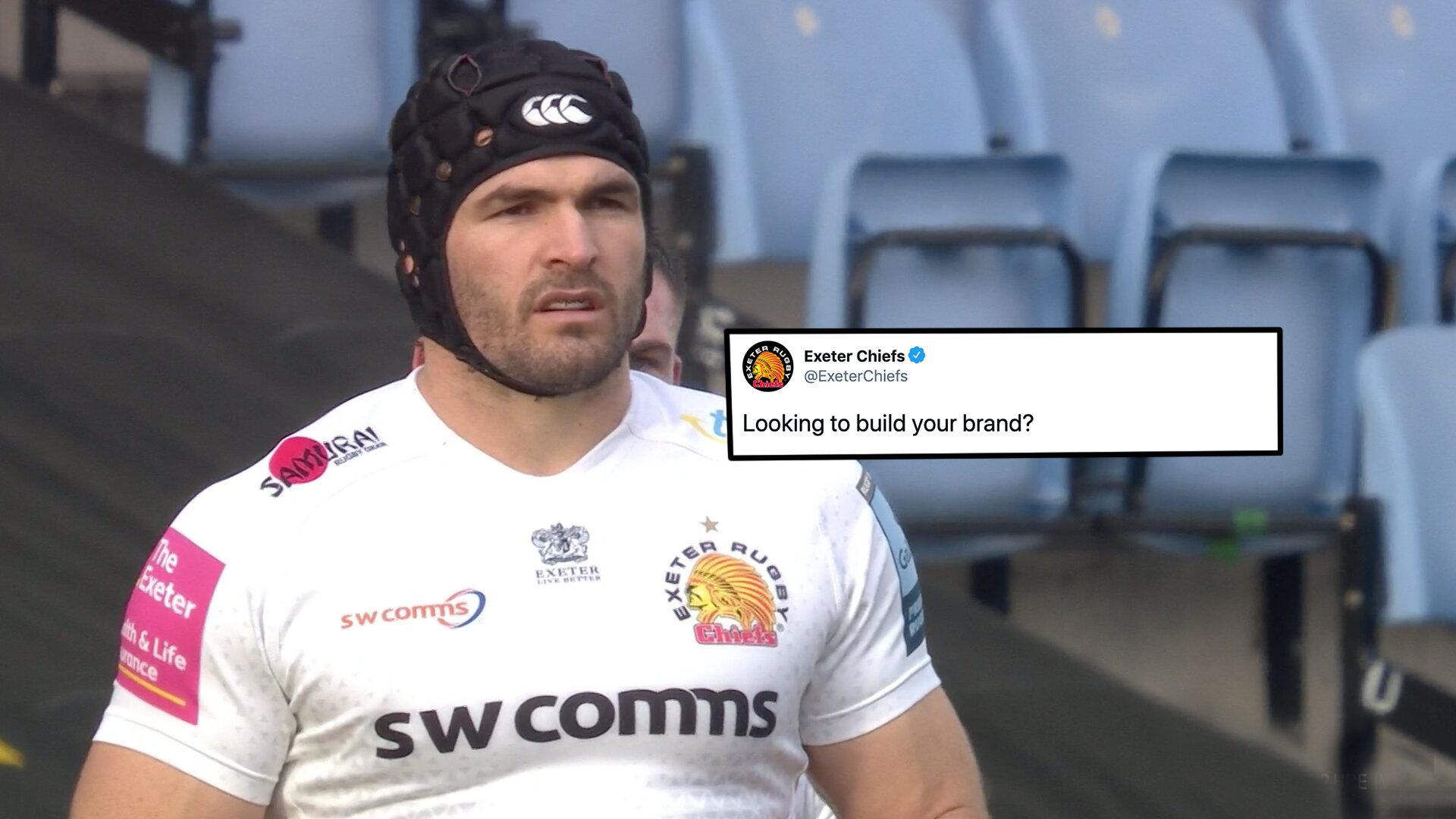 Exeter Chiefs have posted a bizarre message on their social media as they look to secure a new sponsor for the upcoming 2021/2022 rugby season.

It appears the side have not been able to secure a kit sponsor for the upccoming season despite their brilliant success at domestic and European level.

It comes as the Devon-based side face a PR struggle with their image after several controversies surrounding the club.

It comes as their biggest recent rivals Saracens recently announced a 5 year partnership with a new shirt sponsor despite their own problems securing positive public relations.

City Index are the new major kit sponsors for the London club.

Maro Itoje posted a striking image on his social media alongside other Saracens stars.

The message Exeter Chiefs posted on their social media encouraged brands to align themselves with Exeter in a move they hope will bring them new revenue.

They posted the tweet early on Wednesday, and it has received quite a strong reaction on social media.

Looking to build your brand?

Now is a great time to link your business with the European and Premiership Champions @ExeterChiefs, as we look to confirm kit sponsors for the 2021/22 season.

For more information and to arrange a call please email Stephane@ExeterChiefs.co.uk pic.twitter.com/rbBoI0NTB3

Many fans pointed out the fact that the club had got itself into a PR conundrum because of the mascot scandal during the Summer.

Exeter Chiefs for Change, who are a group looking to change the branding of the club pointed out that the lack of sponsorship may be because of this scandal.

Smart brands know not to align themselves with organisations that don’t demonstrate values such as basic common decency and respect – the @ExeterChiefs brand is not only disrespectful to Indigenous Peoples that have asked for change, but harmful.#changethechief#notyourmascot https://t.co/pMCqDUz9FG

Another user also responded, pointing out how Exeter Chiefs as a brand may now be seen as ‘toxic’ and not worth sponsoring as a club.

During Lockdown 2 in the UK, many Exeter Chiefs players openly called out the government for the lockdowns, something which didn’t do any good for their image.

The fact that Exeter are struggling to find sponsors and the comments under the tweet suggest that their brand has indeed become toxic and sooner or later they’re going to have to change it. https://t.co/pjhPPc2d2s