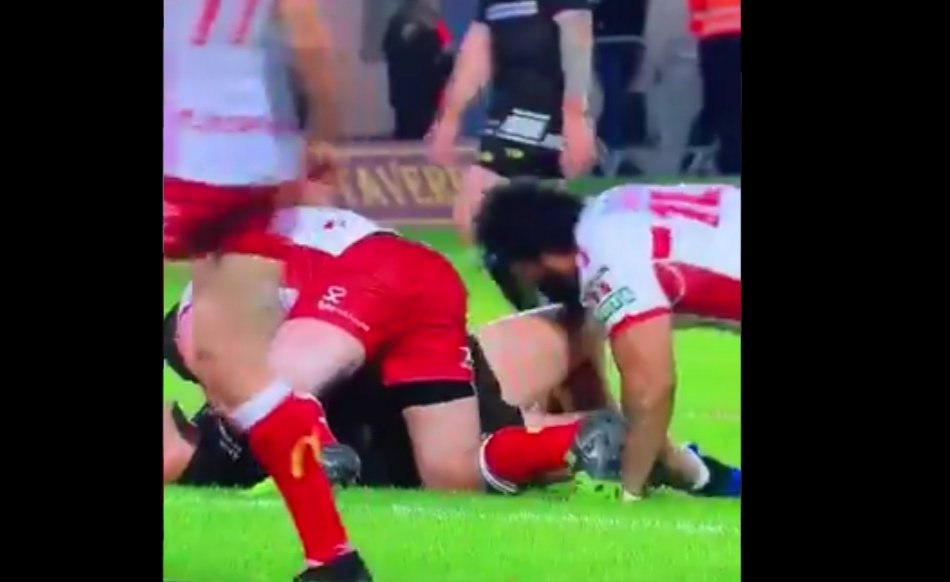 This is a dislocated knee cap.

You’re not meant to do this.

Jones said: “It has been a really positive week, we have worked on our fundamentals of the game, a little bit of physical conditioning and I am really pleased with the attitude of the players. They have all come back from their leave in excellent condition and the best I have seen in the time I have been with England.

“Next week we will add some players and be looking to improve our physical conditioning, ability to understand how we want to play the game and start to increase the pressure at training. We have a couple of players going back to their clubs as we feel it is in their best interests in terms of the World Cup to do that, and we will consider their participation in the squad further down the track.”

England will travel to Treviso, Italy for a heat camp from 22 July until 2 August before returning to Italy on 28 August until 5 September. The squad will also be based in Bristol for a week in July (14-18) and in August (12-16) ahead of England’s away match against Wales. For the two matches against Wales and Ireland at Twickenham Stadium, the squad will train at Pennyhill Park.