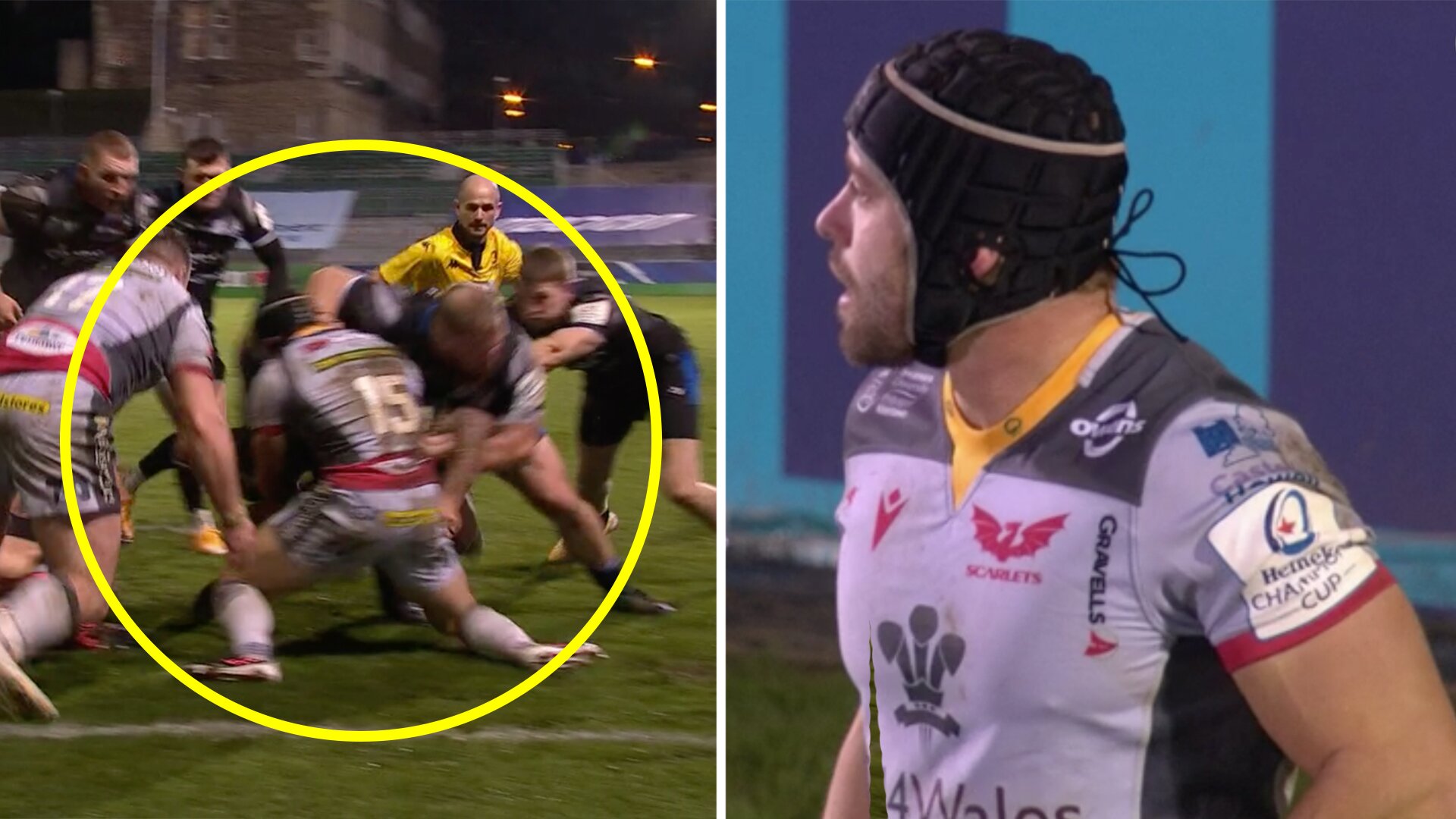 Welsh rugby star Leigh Halfpenny has amazed rugby fans with an unbelievable try-saving tackle in the Challenge Cup. Could this get him in contention for a Lions spot?

Scarlets beat Bath this weekend in the Challenge Cup after they put in a monumental defensive effort to hold out the men from Somerset.

The moment of the match surely came when the 31-year-old managed to somehow hold up three Bath players at once as they tried to bundle over the line in the final moments of the game.

A try would have all but won the game for Bath.

The Welsh team were in high spirits after the game.

Fans online were quick to praise Leigh Halfpenny for the stupendous tackle that he put in to help Scarlets hold out against a strong Bath side.

Said it before and I’ll say it again until someone takes notice….
Halfpenny is an exceptional player who despite having achieved so much still manages to be underrated https://t.co/prgks2kHey

Honestly though, how good was Halfpenny today?! What a player. #batvsca

Leigh Halfpenny was pure class for the Turks tonight 👏👏👏

We know it is certainly too soon to call this. But would you consider the 31-year-old to be in your Lions squad in 2021. He has brilliant kicking numbers even today, he could probably get kicks from 60+ metres in altitude in South Africa. His defence would be key against the likes of Kolbe and Mapimpi on the wings. Excellent alternative to Stuart Hogg.

Here is that incredible try-saving tackle.