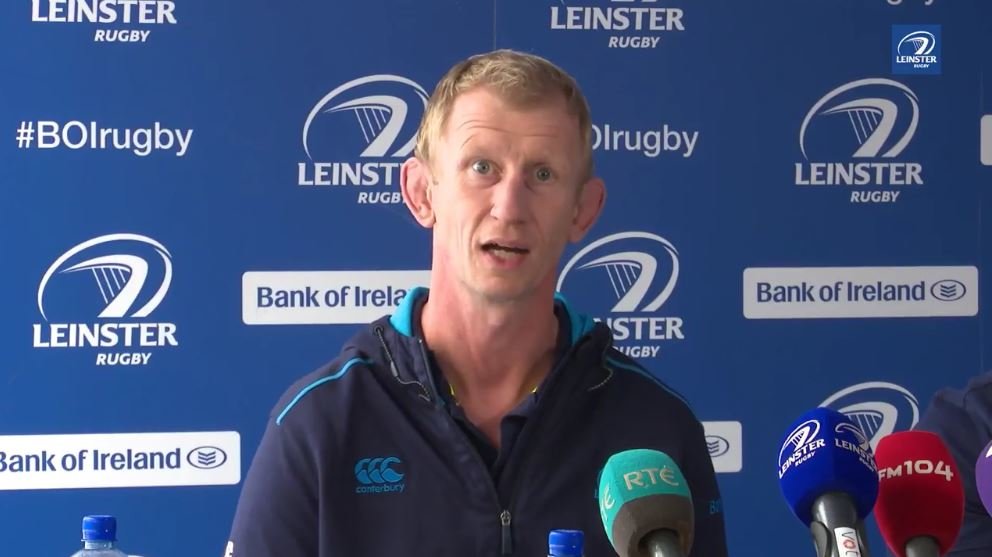 VIDEO: Leo Cullen has addressed the speculation over Jamie Heaslip’s future…sort of

Ahead of the Guinness PRO14 match against Edinburgh at the RDS Arena, Leo Cullen provided an update on the fitness of Jamie Heaslip.

Yesterday Leinster omitted Heaslip from their European Cup Squad, adding to speculation that his ongoing injury could potentially end his career.

The thirty-three-old hasn’t played a game since last season’s Six Nations match between Ireland and Wales, where he injured his lower back.