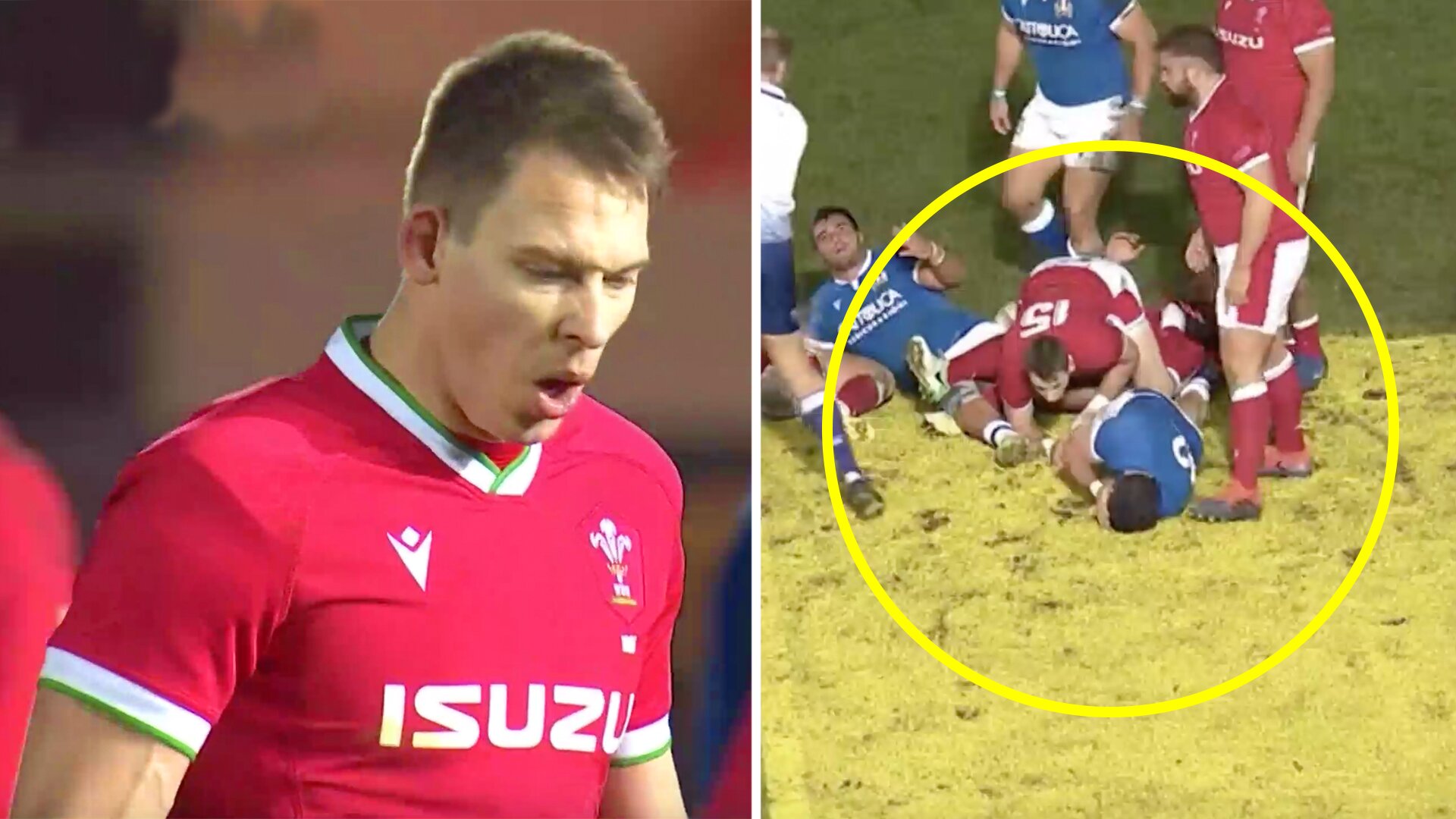 A Liam Williams horror hit against Italy in the Autumn Nations Cup has been praised by rugby fans and pundits around the rugby world despite it being horrendously illegal.

The Scarlets flyer was involved in the clearout against Italy, which left Italian Lomaro Banzili on the floor injured for some time.

A fracas ensured after the dog hit, and can you really blame the Italian players for being upset about the hit?

Welsh rugby legend Sam Warburton openly praised the 29-year-old for the challenge he made, saying how the hit was a perfect clearout.

We will be quick to say this, the hit was legal. But should it be made illegal?

This is one of the problems in the modern game. Instead of hitting the static player they should be competing for the ball. Rugby should be about ball retention not knocking players head over heels. I saw Liam Williams do the same thing against Italy. Legal but dangerous.

San Warburton when Liam Williams forearm to a face results in a bloody nose “that’s fine”. When a tackle slides up to the neck “clearly high” #WALVITA

So : referee see all the Italians fouls (nothing wrong), but casually him and tmo doesn’t see a clear card for Liam Williams … #WALvITA

FFS, how is that not a card for Liam Williams? Elbow to the face, draws blood & knocks out a contact lens.
What a load of bollocks! #WALvITA

The elbow of Liam Williams clearly hit the Italian player in the face, should there not be a duty of care for the clearout player to ensure that this kind of contact does not happen?

On social media, lot of fans were saying it was a perfectly executed clearout.

Here is the video we found of the clearout? Legal?