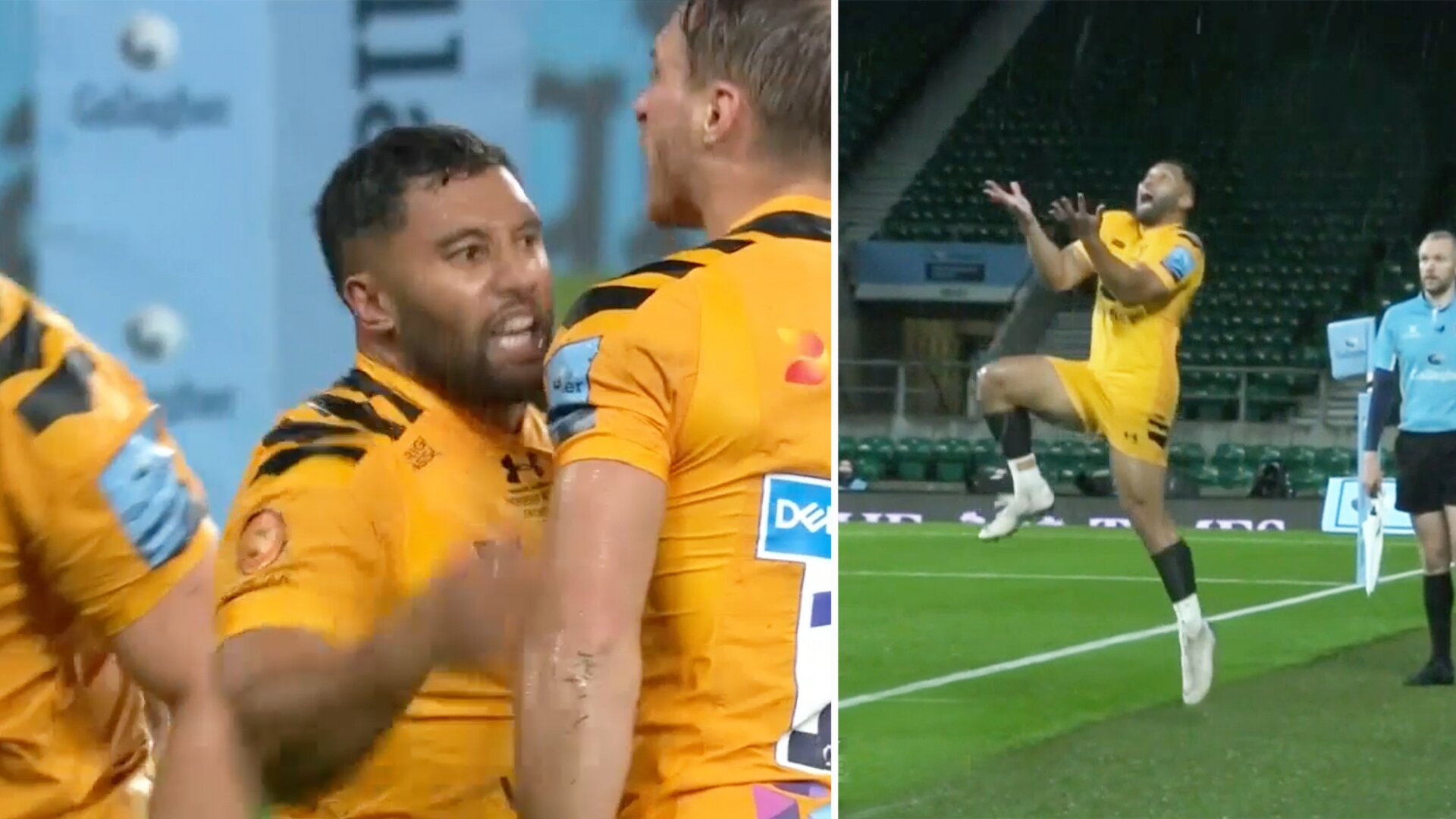 Lima Sopoaga wowed the empty stands at Twickenham tonight with this moment of brilliance that brought Wasps back level with Exeter Chiefs.

The Chiefs held a 3 point lead with the score at 13-10 before the Wasps playmaker made this crucial intervention.

Talk about a game changing moment!

We see as Lima Sopoaga stands outside the field of play as Exeter look to kick into the corner to set up what could be a match winning lineout drive.

Joe Simmonds boots into touch but Sopoaga wasn’t giving up on this.  Watch the incredible moment below

This, from Lima Sopoaga, is absolutely brilliant 👏

Rugby IQ through the roof as he turns a dangerous position into a counter that eventually results in three points.

This was pure genius.

Not only the athletic leap but the pinpoint follow up kick and THEN there was the lung-busting kick chase and tackle that won the penalty for Wasps.

Gopperth kicked the resulting penalty to level the scores at 13-13 all. Who will win this one now? It’s anyone game.

The Vodacom Super Rugby Unlocked match between Emirates Lions and Toyota Cheetahs scheduled for Emirates Airlines Park this afternoon has been called off “in line with COVID-19 protocols”.

It is the latest match cancellation in a string of such events across the rugby world, with England’s match with the Barbarians scrapped after a breach of protocol by players. The conclusion of the Gallagher Premiership in the UK has also seen multiple matches scrapped thanks to the virus.

According to SA Rugby, the decision was taken as part of prescribed precautions advised by the National Institute for Communicable Diseases (NICD) to limit the risk of further infection in the rugby community.