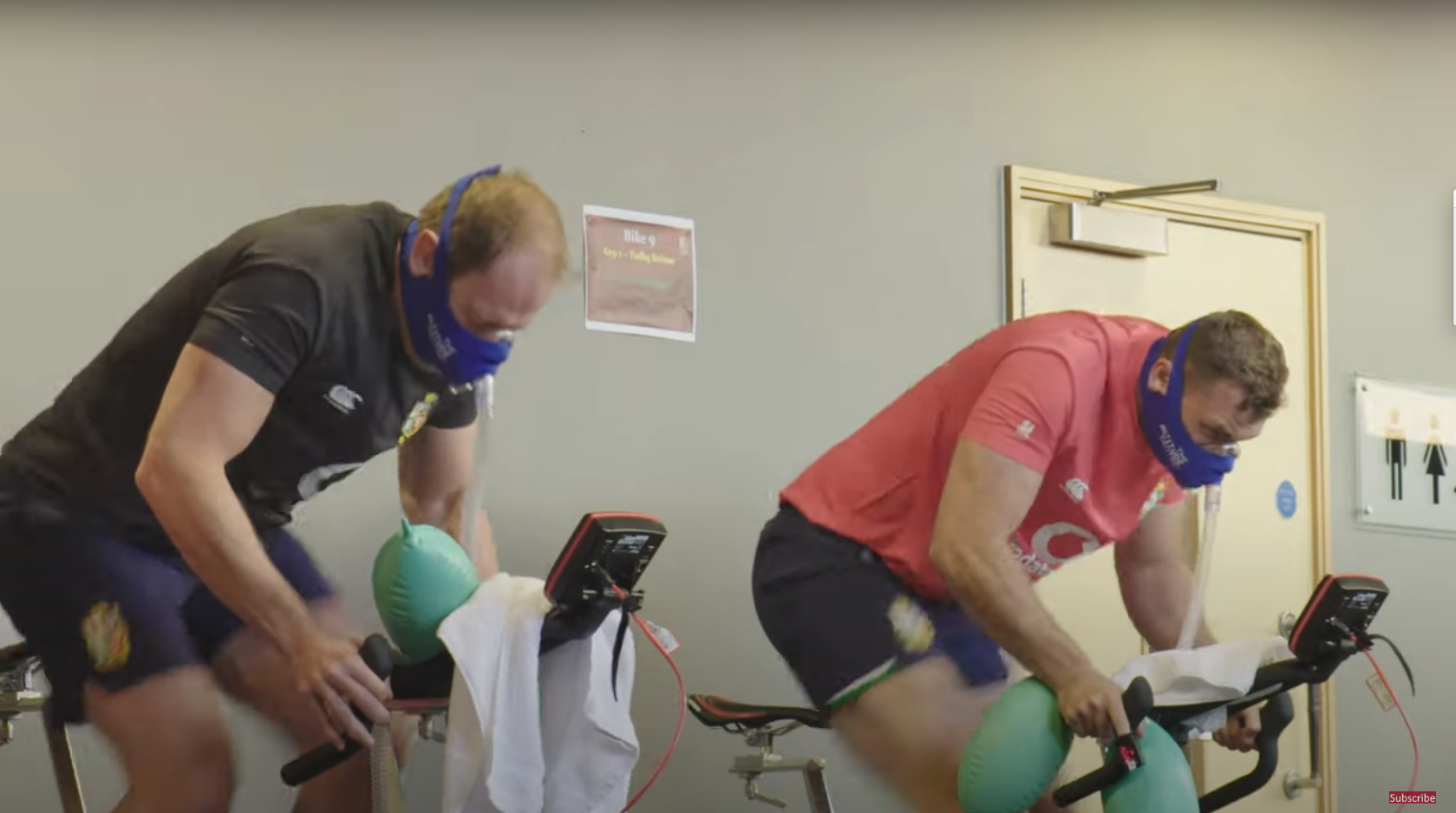 The British and Irish Lions head of strength and conditioning Paul ‘Bobby’ Stridgeon is preparing his players to overcome the biggest advantage South Africa have over visiting teams.

In the latest episode of The Ultimate Test, the Lions players are put through their paces by doing altitude training at their camp in Jersey.

The Lions play the second and third Tests at altitude in Johannesburg, which will provide conditions that could seriously impede the visitors. This can cause players to feel like their not getting enough oxygen in with every breath, so this training before embarking for South Africa could to not only improve the players’ physical condition, but prepare them mentally for the challenge that awaits.

“We’ve got a few games at altitude,” Stridgeon said.

“So when we play in Johannesburg, as soon as we get there we go back down to Cape Town at sea level and then we go back to Johannesburg for a couple of the Tests. We’ve got to address that with the boys.

“There’s a few altitude chambers that we’ve been using at the Strive gym. Also at our hotel from the Altitude Centre in London we’ve got some individual altitude masks. So the boys get on the Watt Bike and then that simulates the oxygen at altitude. So we have it on about 12.5/ 13 percent oxygen reduction which roughly equates to about 3,500 thousand metres. So with the boys we do repeat sprint hypoxia, six second sprint with 24 seconds rest, we do a set of six of that and then repeat that set twice with a two minute break between sets. It doesn’t sound long, it’s 12 minutes from start to finish, but it’s pretty tough for the boys.

“Obviously we reduce the amount of oxygen they’re receiving. We’ve used this in Wales extensively with the boys even when we’re playing at sea level and we’ve had some good results both anecdotally and with fitness testing as well. So the boys feel it’s good for them, but also when we’ve fitness tested the boys we’ve found that their fitness test improved compared to someone who hasn’t done any altitude training.

“It ticks both boxes for us and gets the boys in a better mental state to play at altitude and obviously physically better to perform the best at altitude.

“So what the boys feel is, they feel that they’re obviously getting a reduced amount of oxygen so it’s quite claustrophobic, especially with the mask on. They’ll feel a dry mouth but that’s something you get at altitude anyway so it’s brilliant that it replicates that. So they’ll have a dry mouth, they’ll be trying to suck as much oxygen in as they can. It’s about controlling the breathing for the boys as well, which is a big thing for us. But all we’re trying to do with the altitude training is, as well as the physical benefits, is just get the boys used to that feeling that you haven’t got enough oxygen to perform. So we’ll get four sessions in this week before we leave for South Africa so they’ll be in a good place when they get there.”