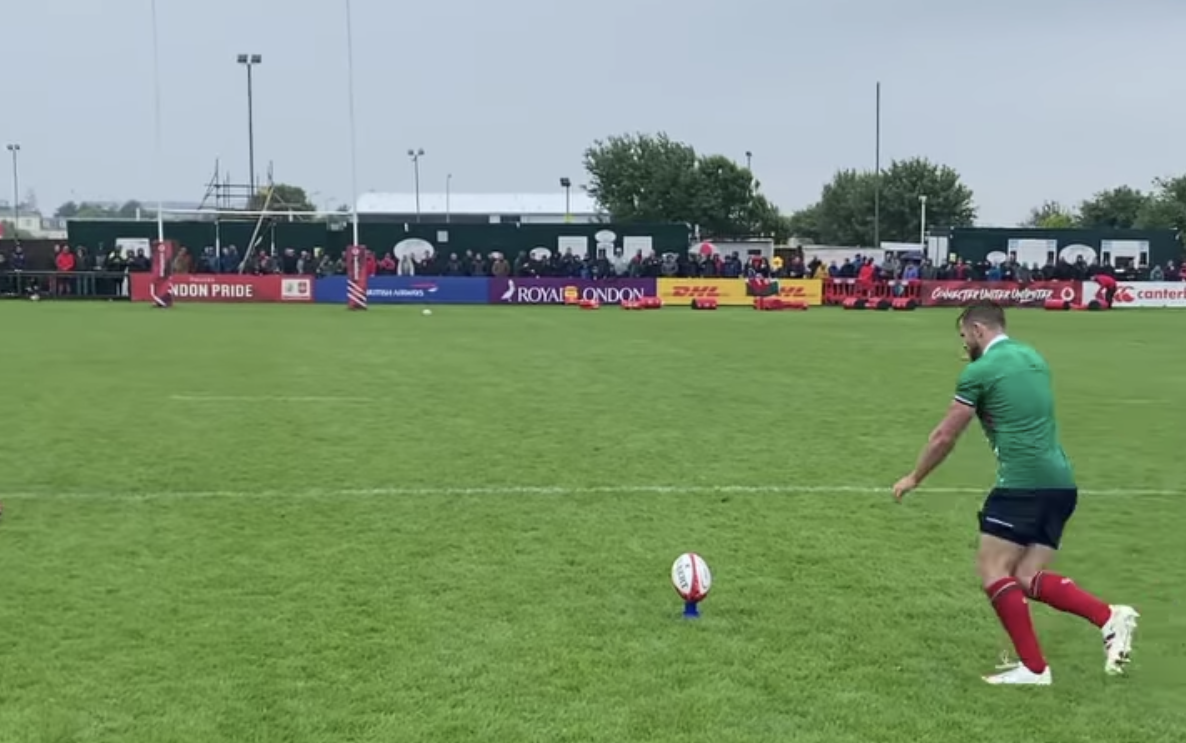 The British and Irish Lions shared a glimpse of what South Africa can expect over the coming months, with Elliot Daly nailing a kick from well within his half in training this week.

Daly teamed up with the Lions  in Jersey alongside his club teammates after Saracens’ final game of the season on Sunday, and in front of a crowd in an open training session slotted a kick from about 55 metres out, which will put the Springboks on red alert.

The England back is well known for having dynamite in his left boot, as the All Blacks found out in 2017, and at altitude in the second and third Tests against the Springboks, his boot could become even more valuable should he be picked.

Though either Dan Biggar or Owen Farrell are likely to be the goal kickers for Warren Gatland’s side in normal circumstances, no one has the range that Daly has. Stuart Hogg may come close, but Daly probably has the edge over the Scot. This could be a vital weapon during the Test series, and may have been one of the main reasons he was picked in the squad.