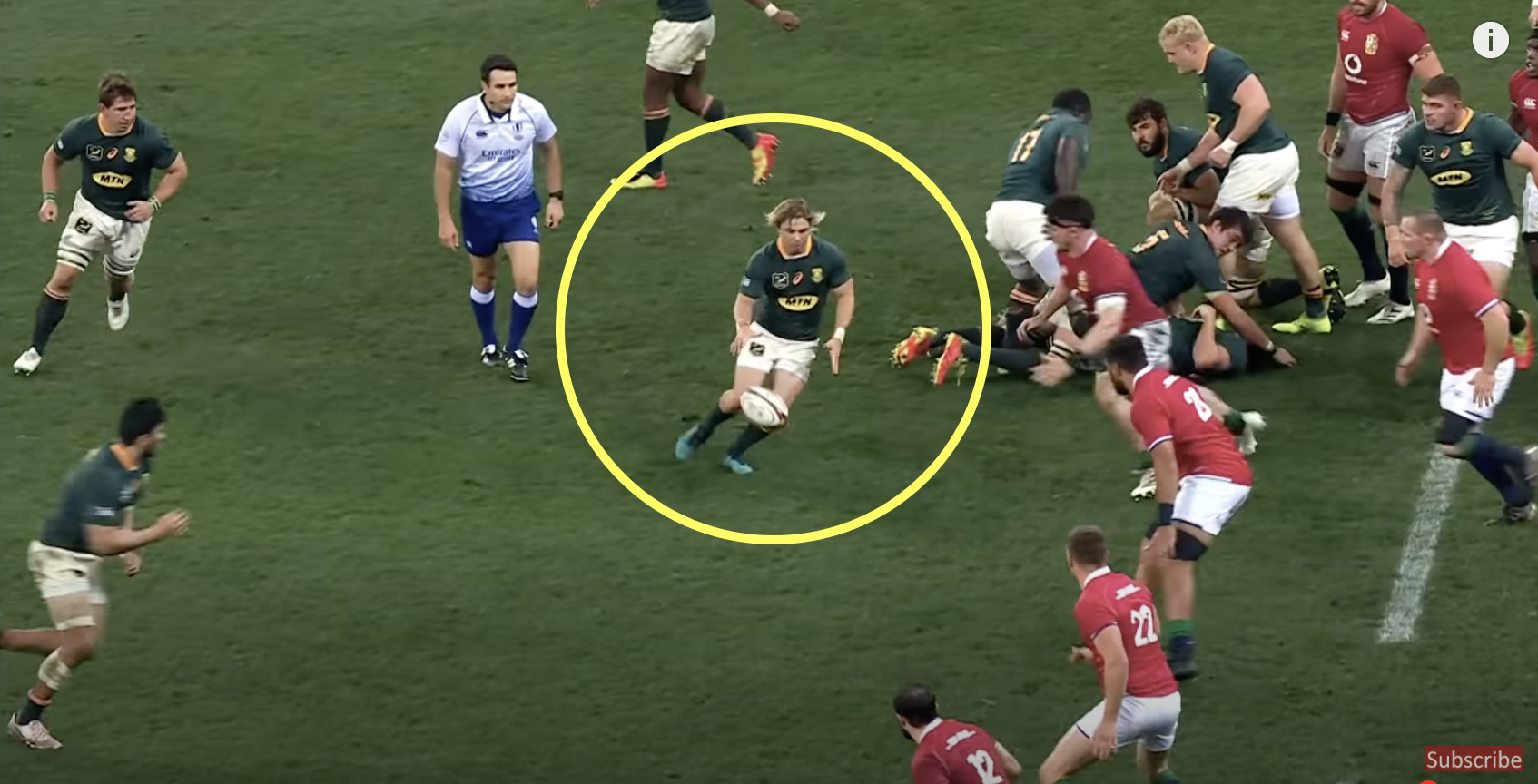 If Springboks fans were asked who was the most important player in the team going into the Test series with the British & Irish Lions, Pieter-Steph du Toit and Faf de Klerk would have appeared at the top of many people’s lists.

So the news that the duo are out of Saturday’s third and decisive Test would have pleased Warren Gatland greatly. Since then, plenty of people have been speculating how their absence will affect the game.

De Klerk’s absence has be analysed a lot and how South Africa will miss his boot. Not only is he fundamental to the Boks’ seemingly endless stream of box kicks, but he even put in an attacking grubber for Lukhanyo Am’s try last Saturday.

Cobus Reinach comes in to replace de Klerk, who needs no introduction for those from Britain and Ireland after his career with Northampton Saints, where he produced an electric highlights reel of length of the field tries. Reinach is a dangerous runner and has scorching pace, but he does not have the kicking game de Klerk has, and he will be required to kick a lot.

Jim Hamilton predicts Reinach could be exposed at Cape Town Stadium when it comes to his box kicks, particularly with three locks in the Lions pack. Maro Itoje, Alun Wyn Jones and Courtney Lawes will be all over Reinach at every ruck he plans to kick, which will be many. Lawes may be especially dangerous, not only because he was teammates with Reinach at the Saints, but because he has arms the length of most scrum-halves that are perfect for charge downs.

The Lions could not lay a glove on de Klerk in the second Test, but things may be different for his replacement.

Charge downs are coming. Faf a HUGE Loss for the Springboks. #LionsRugby