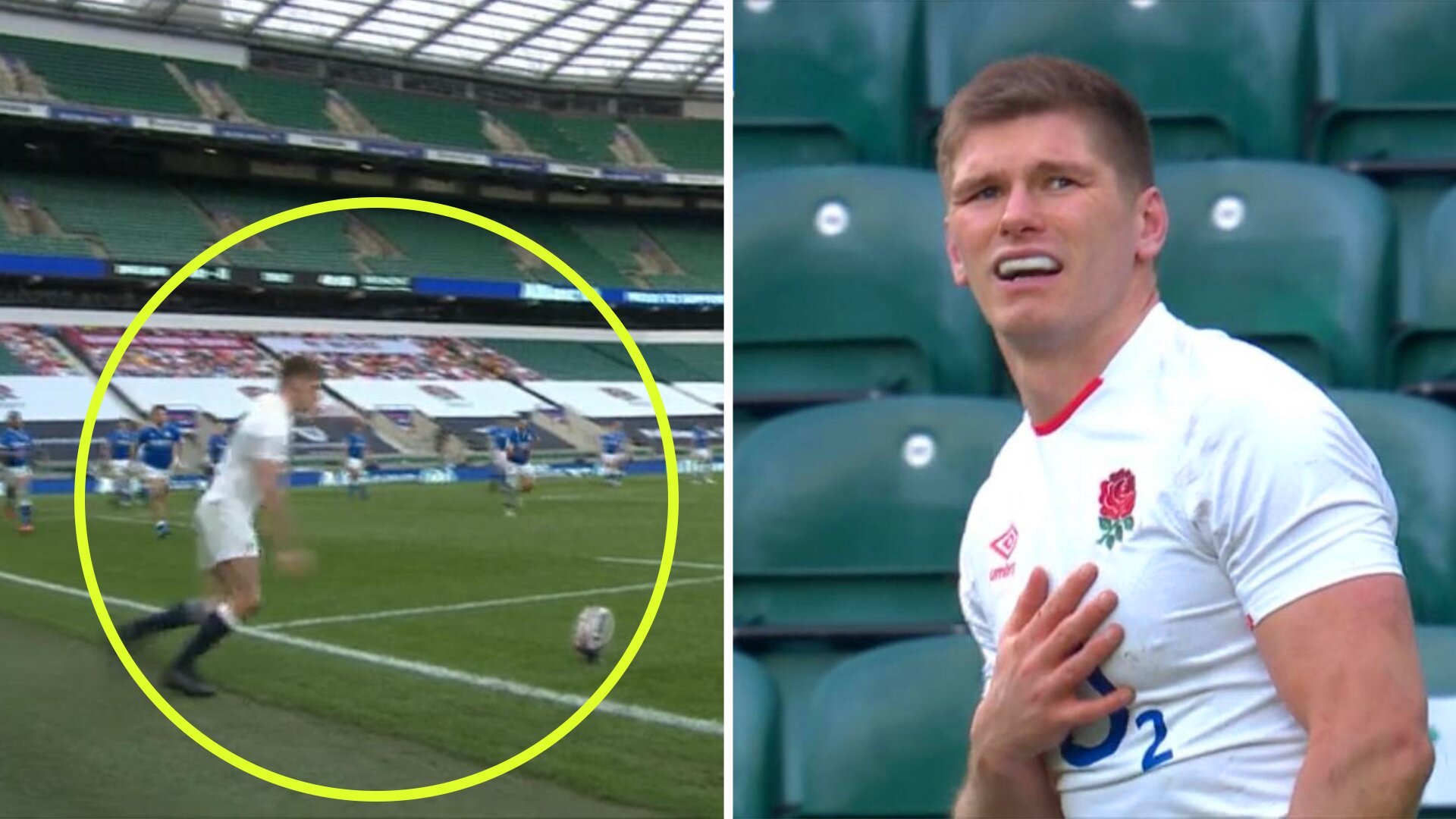 Listen as players heckle Owen Farrell into missing a kick

New footage has shown the bizarre moment in the Six Nations when Italian players tried to heckle Owen Farrell at the end of the half.

England managed to record an impressive win over the Azzurri yesterday in the second round of Guinness Six Nations. However, there was a strange moment at the very end of the match when the Italian players seemed to have had enough of the Saracens fly-half.

England managed to banish a lot of the first round horrors after they lost to Scotland 6-11 in a close encounter at Murrayfield.

After a slow start at Twickenham against Italy, England seemed to find the gears later in the game, with a spectacular try from Gloucester winger Jonny May being the highlight of the match.

Owen Farrell and Eddie Jones speak about Jack Willis and how he is doing after his injury today ⬇️ #GuinnessSixNations pic.twitter.com/dAk5efQx8d

We are not sure if this was a tactical move or whether they simply did not like the English players.

We managed to find bizarre footage showing the moment when the Italians went to extreme measures to try and distract the England captain as he was lining up a conversion kick in the final play of the half. One player could even be heard shouting ‘boring’ as they hecklegetty Owen Farrell.

Is this really in keeping with the values of the game when players are allowed to show this kind of poor sportsmanship against the opponents?

England now has a weeks break before they then take on Wales in Cardiff.

Wales managed to record a very lucky win against Scotland at Murrayfield last night. They somehow managed to get a red card which completely changed the dynamic of the match. Wales are now the only team that can win the Grand Slam alongside France who will play Ireland later today.