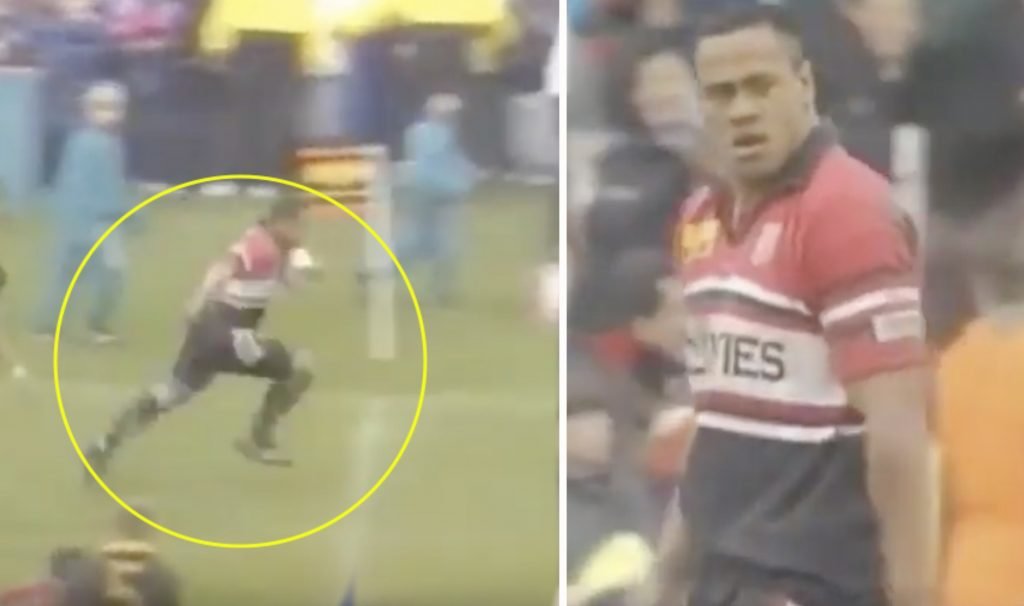 Look how good Jonah Lomu was at his peak

Look at how savage Jonah Lomu was in his prime. Lomu was probably around 18 or 19 in this clip and he is still absolutely destroying it for his county.

Lomu shows no mercy, who was this good at his age? Name them please.

Seven players are in line to make their Springbok Women’s debuts on Friday when the team takes to the field in their opening 2021 Women’s Rugby World Cup Qualifier against Uganda at the Bosman stadium in Brakpan in what will mark a memorable Women’s Day for the players.

Coach Stanley Raubenheimer named an exciting team featuring youth and experience for the encounter, with the uncapped Rights Mkhari (lock), Ayanda Malinga (winger) and Eloise Webb (fullback) earning starts, while Onako Jita, Maxine Engelbrecht (both props), Sizophila Solontsi (flanker) and Aphiwe Ngwevu (centre), who are among the replacements, set to make their debuts if they take to the field.

Mkhari, Malinga, Webb and Solontsi, however, will enter the match with international experience after being involved in the Springbok Women’s Sevens set-up.

“I am happy with the make-up of the team, and the combinations we have selected,” said Raubenheimer. “It is good to have a mix of youth and experience, and to field a side that boasts some 15-a-side and Sevens experience. I am looking forward to seeing what they can do on the field.”

The coach was satisfied with the team’s preparations since assembling in Pretoria for a training camp last week Thursday and said: “As a coach one would always like more time to prepare, but I am pleased with what we have achieved as a group in the last week. It is now a case of the players having to execute that which we have been working on at training on the field, and if they can do that, hopefully we will get the desired result.”

Zooming in on the match, Raubenheimer said: “It is difficult to say what we expect from Uganda because they are largely an unknown force, so our focus will be on what we would like to do on the field, and executing our game plan as well as possible.

“I would like to see the players keep cool heads and not be overwhelmed by the occasion. So the focus will be on our processes, and delivering a performance worthy of our standards.”

Madagascar and Kenya will kick off the tournament, known as the Rugby Africa Women’s Cup, at 13h00 on Friday, with the Springbok Women taking on Uganda at 15h00. This will mark the first of three rounds of matches between the teams – the other matches are on Tuesday, 13 August, and Saturday, 17 August, respectively – with the side at the top of the standings at the conclusion of the tournament booking their spot in the 2021 Women’s Rugby World Cup in New Zealand.

These matches form part of a jam-packed day of women’s rugby at the Bosman Stadium to celebrate Women’s Day, which will see the Golden Lions and Blue Bulls Under-18 SA Rugby Women’s Youth Training Centre teams and the Valke and Blue Bulls U18 teams respectively take to the field in curtain-raisers to the internationals.