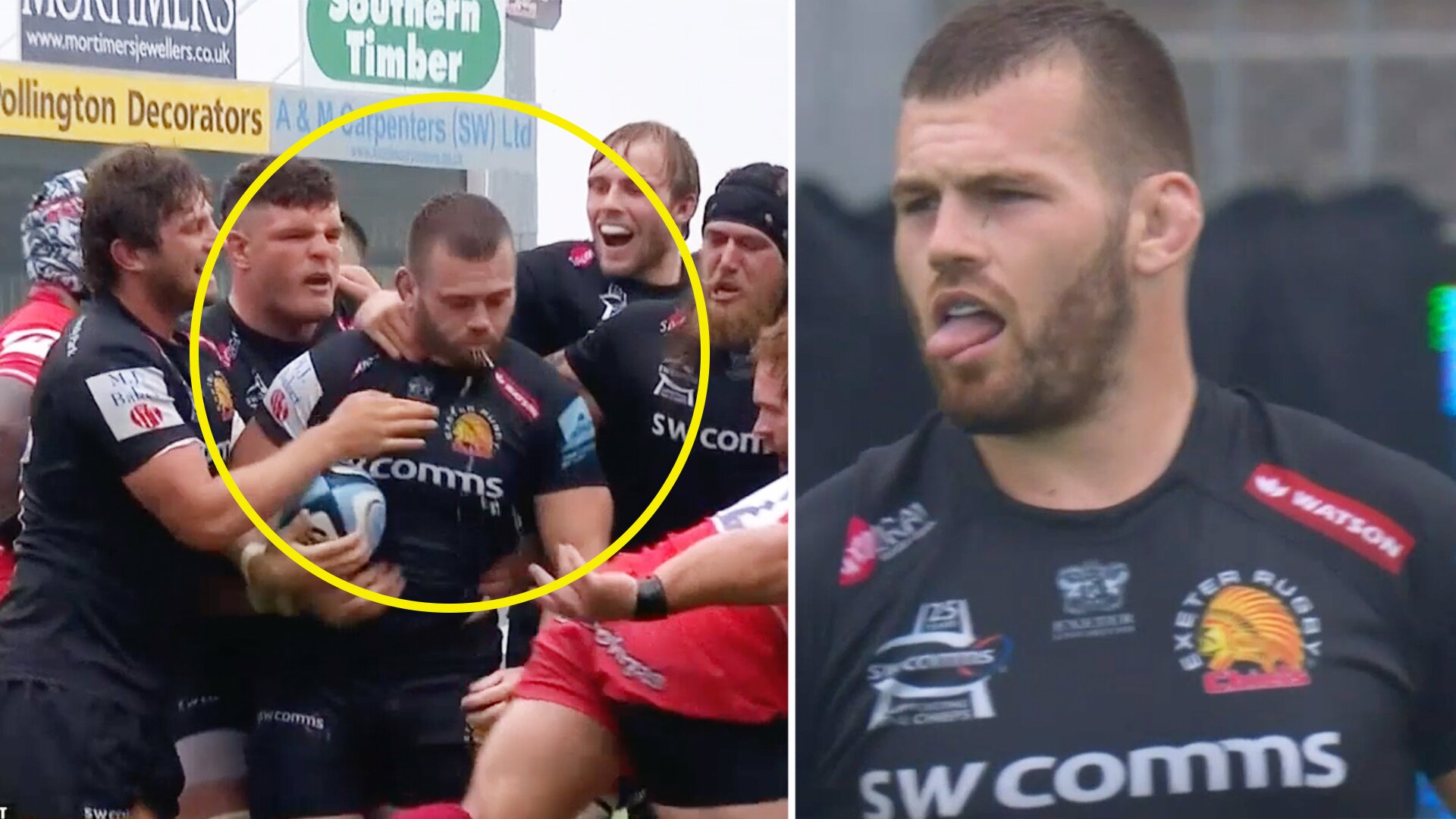 Sometimes try celebrations can be as strenuous as the actual act of scoring. For Luke Cowan Dickie, however, it was truly sickening!

This new clip comes from Exeter’s fixture against Leicester today in which they ran out as convincing winners in their first outing since the lockdown.

England star and front rower Luke Cowan Dickie may have had one too many gatorades in the half time break.

Maybe he went a bit heavy on the curry last night. Whatever it was, it’s currently laid out on the Sandy Park turf.

watch the SICKENING video below

The hosts ran out as convincing winners in the end against a lacklustre Tigers side.

Here’s a closer version of the horrific scenes

Round 14 of the Gallagher Premiership has gone ahead behind closed doors this weekend in England, but tournament CEO Darren Childs has claimed spectators could be allowed to attend matches before the delayed 2019/20 season reaches the play-off stages in October.

UK government restrictions on the numbers of people who can attend an outdoor gathering saw the Premiership get back underway in London on Friday night with no fans present at The Stoop as Harlequins hosted Sale.

It is a strange weekend for rugby fans in England, watching their teams from afar https://t.co/Ogvb5xvkAs

The closed doors pattern continued across the weekend at Worcester, Exeter, Bath and Bristol on Saturday, with Northampton to follow on Sunday, and the general expectation has been that this would be the norm through to the completion of the season which had 57 matches to play – 54 regular-season games and three play-offs – when halted last March.

However, it has now emerged Premiership bosses are optimistic that stadium gates could soon reopen to accommodate fans who are making-do with live TV coverage to currently follow the teams.

Appearing on BT Sport as part of their restart night coverage at The Stoop, Premiership CEO Darren Childs said: “If you go back to March, there was a lot of negativity surrounding rugby and surrounding the Premiership,” he said.