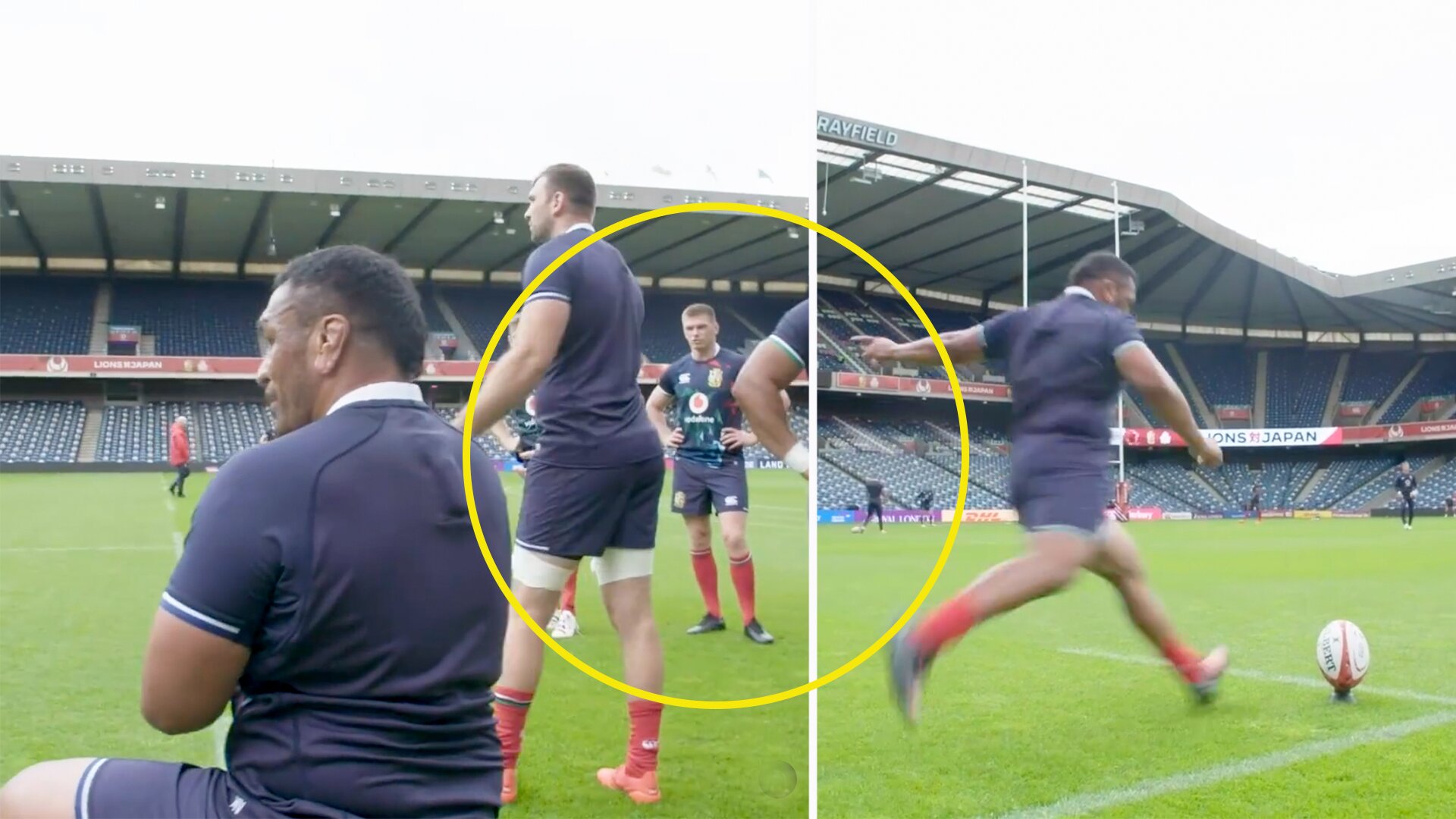 The British and Irish Lions social media team are working double-shifts at the moment as we approach the much-anticipated test series. This Owen Farrell footage has been some of the best we’ve seen so far.

In a clip released this morning, we see as some of the Lions tourists go ahead with some kicking practice – with some faces you wouldn’t expect to see behind the tee.

This brilliant footage features Bundee Aki, Justin Tipuric and Mako Vunipola as they try their hand at some long-range kicking,

The clip was filmed last week at Murrayfield in the lead up to the Lions game against Japan.

We see as the clip opens with Mako Vunipola lining up a shot on the kicking tee from near the halfway line.

You can see Owen Farrell in the background as he calls out to his Saracens teammate, ‘Mako, Mako, just to let you know – you’re not reaching from there. Just to be sure.’

watch the brilliant Lions clip in the video

A post shared by The British & Irish Lions (@britishandirishlions)