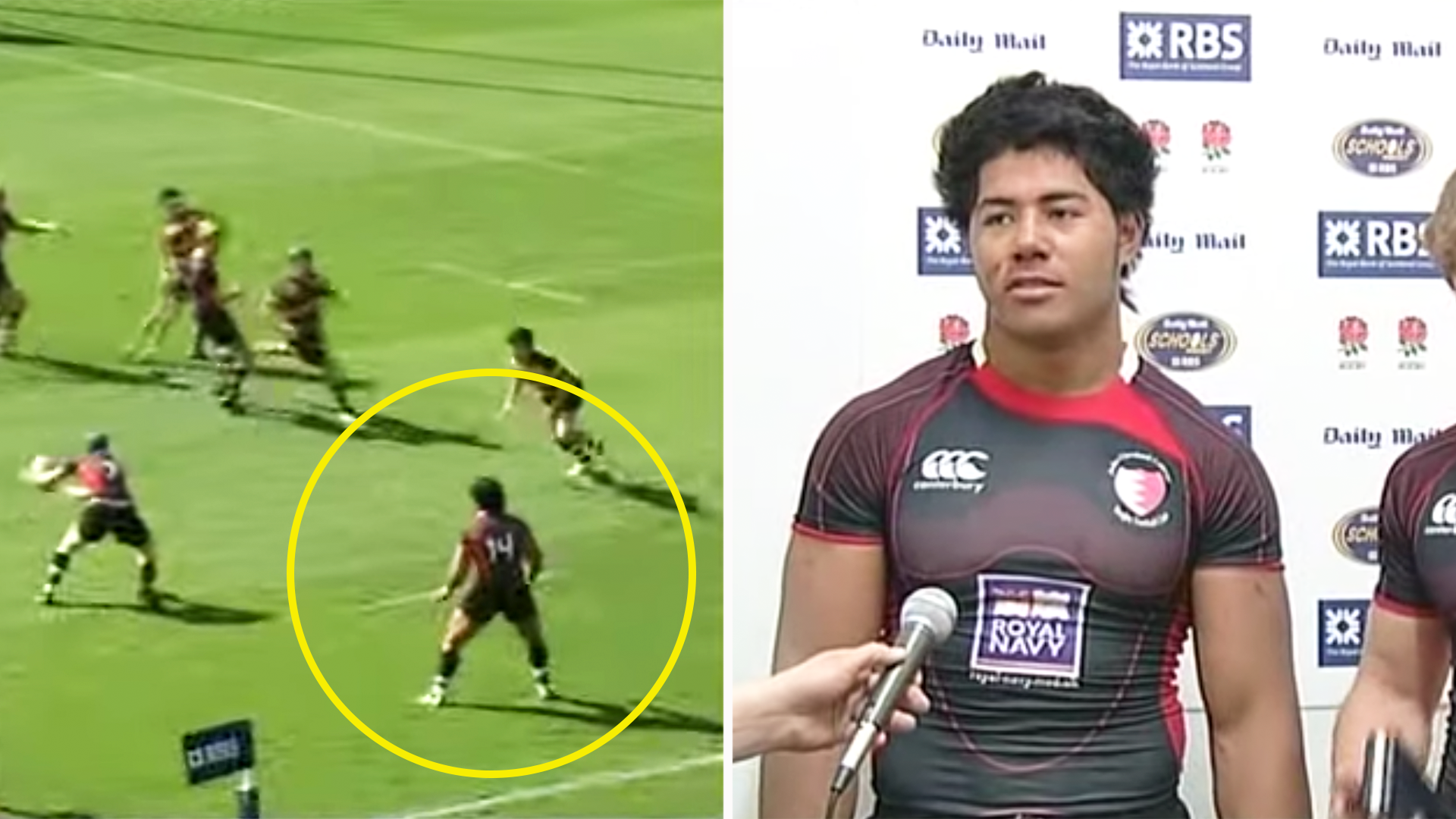 Manu Tuilagi should never have been allowed to play schoolboy rugby

We’ve unearthed explosive footage of a young Manu Tuilagi as he terrorised schoolboys in a Vase final at Twickenham.

The incredible video shows John Cleveland College vs Hampton School in the final of the Daily Mail Schools competition from way back in 2009.

I think it’s fair to say – watching this felt like witnessing a man against boys.

The original video was posted on Youtube in 2012 with dozens of fans commenting on who exactly was this behemoth on the wing who already looked the size of most test level players.

As the video rolls on, we see 17-year-old Tuilagi mercilessly wrecking havoc on the Hampton School defence – scoring a number of tries.

We watch as the Sale Sharks man, with 14 on his back, goes on to score several tries as he swats away defender after hapless defender.

It makes you wonder what must have been going through those schoolboy’s minds when they saw the future England and Lions international lining up against them on that sunny Spring day.

Watch the full explosive highlights of the young Manu Tuilagi in the video below.

Referee, Andrew Brace, was stood down from refereeing a Champions Cup clash this weekend after receiving swathes of abuse online in the wake of the England vs France Autumn Nations Cup clash last Saturday.

Brace was heavily criticised for a number of decisions during the final in which the hosts, England, won.

Furious users on social media took to the internet to hurl foul abuse at the official. Here are some of the revolting tweets below.

@bracey1988
Maybe you should remove “high performance” from your title. Probably you should also remove referee. Nice profile picture with your favorite team on it 🤢 pic.twitter.com/SvQasRlK6g

@bracey1988 As an Irish, you tried to prove that you were not anti-english by being anti-french, also to please the IRB. You are a bad referee. Castres-Leicester and now this. I hope you can look at you in the mirror.

@bracey1988 nice steal on the Final, you are a pretty good referee, I hope you lose your job after what you did to France in that match.

@bracey1988 are you aware that you are offered the victory at @EnglandRugby ? Forward Vonipula in there try, no forward for Macalou who never touch the ball ? Can we expect apologies ? #ENGFRA #ANGvFRA #AutumnNationsCup2020

Some users online even went so far as to comment abuse on a post on Brace’s profile that showed the obituary of his late father. People posted on the post with yet more criticism of the referee lambasting him for his performance in officiating the Autumn Nations Cup final.