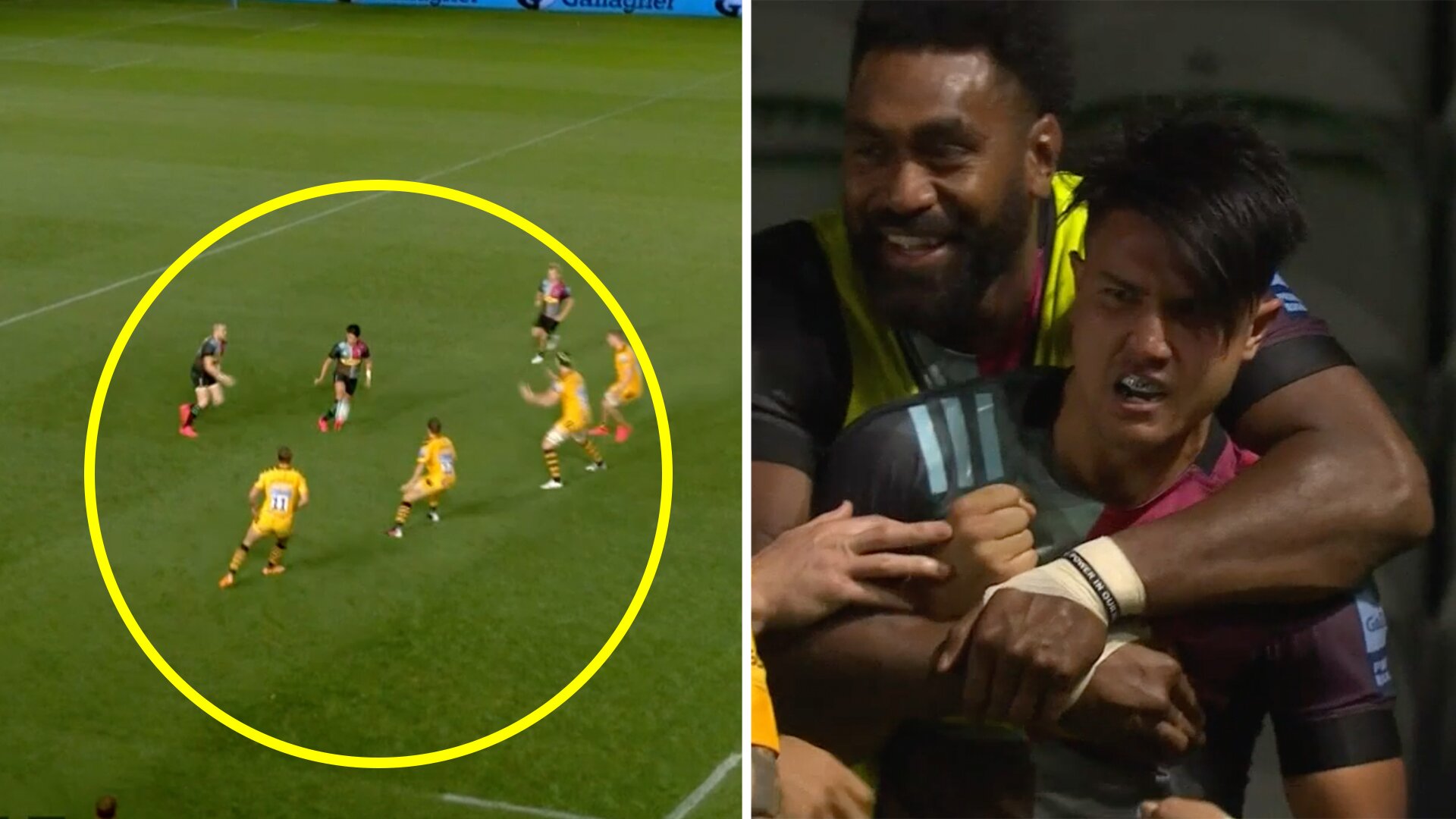 Harlequins 10 Marcus Smith proved without a shadow of a doubt that he is ready to start for England. There was a moment in this match which will leave many rugby fans speechless.

The youngster put in a sensational solo performance for the London team as they went down to Wasps in a close match at the Stoop. It was Chris Robshaw’s final match at the home of the team, however, it was the 20-year-old who made all the headlines last night.

Everyone has been raving about Finn Russell and Joe Simmonds of late, however now was the time for Smith to make his stake for the limelight.

One moment that had everyone talking was a sensational solo try which he scored.

Silly skills and finish from Marcus Smith @02msmith! @WaspsRugby got their work cut out now with @Harlequins tails up! @Alex_dombrandt is some player too Eddie…..

Marcus Smith saw you all bigging up Joe Simmonds.

Holy moly that was special from Marcus Smith.

That is unreal from Marcus smith

The score was sensational and it highlights how much England need creativity in their team.

England of late have been accused of being somewhat one dimensional.

With George Ford feeding the likes of Owen Farrell and Manu Tuilagi, there has always been a feeling that there has just been one route to attack from.

Here is the incredible try which had fans raving about Marcus Smith.

Surely he has to be properly involved with England soon?

Tough night for Quins but this try by Marcus Smith was a thing of beauty 😍 pic.twitter.com/gDh3tbftzA