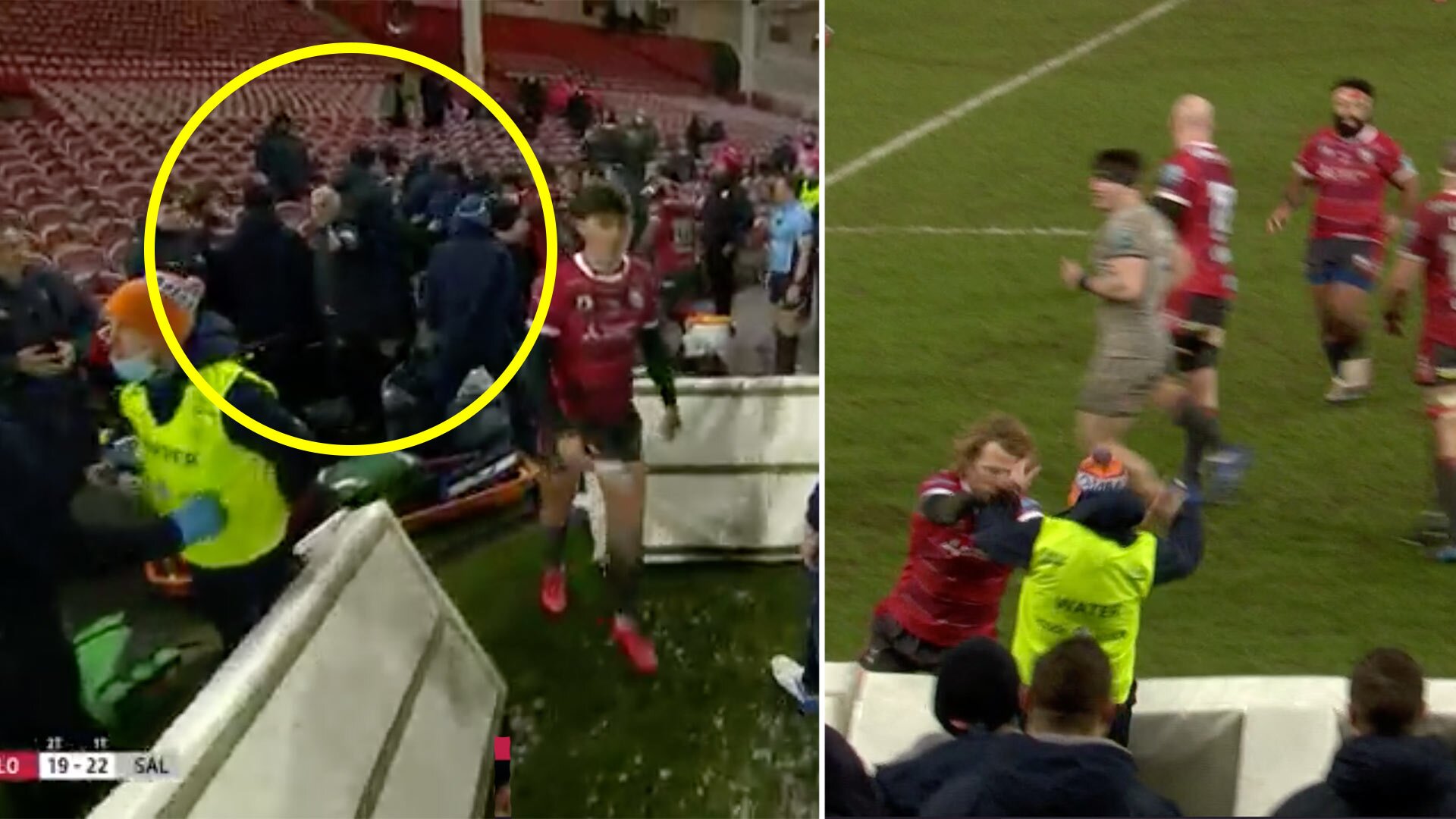 Former England and Sale Sharks winger Marland Yarde has spoken out after head-butt allegations were made against on the weekend.

The 28-year-old speedster had to defend himself after allegations circled in the press accusing him of headbutting a player in the fracas at the weekend.

A waterboy in the Sale team is said to have sparked the incident when he tried to stop Billy Tentrees from playing the ball in the game.

The brawl went viral on social media as almost all players on both sides were involved in the nasty spat.

The English winger took the fight to the stands for Sale in the game, and it has got him in trouble, with a possible suspension on the line for him.

He has taken to social media to defend himself after his name was cleared.

The tone of his message makes it seem like he was not happy at all to be accused in the first place.

Its good to have my name cleared from my alleged assault on another player. To be tagged in comments of being a thug and a dirty player was very disappointing as it’s not a reflection on who I am as a person. On a brighter note proud of my team on getting the win! We move 🦈

Sale now sit at 4th in the table behind the likes of Wasps, Exeter and Bristol Bears.

Yarde previously played rugby for Harlequins, however, left after six years at the London club.