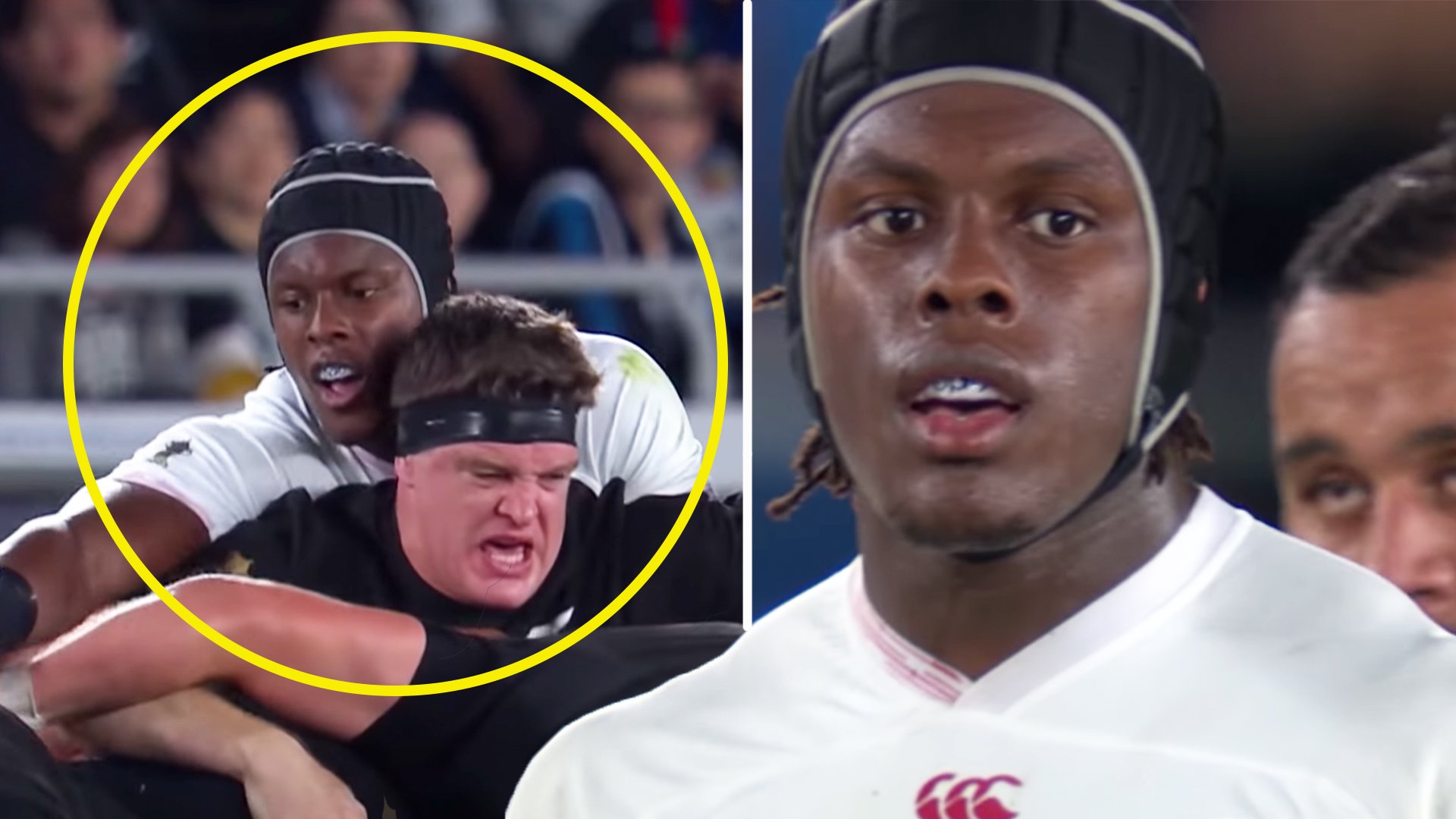 This Maro Itoje performance was one of the best we’ve seen from any player. Ever.

A new video has dropped demonstrating just how dominant and influential the young second-row was last year in the Japan World Cup against New Zealand.

England went into their World Cup semi-final against the All Blacks with history firmly against them.

The reigning World Champions had not lost a World Cup match since their 2007 defeat by France in Cardiff.

Many of the men in black who lined up against Eddie Jones’s men at the Yokohama stadium had never lost a Webb Ellis Cup test match in three tournament outings.

This was the ultimate rugby test – one that Maro Itoje relished.

The Saracens man was a menace from the very start disrupting New Zealand ball over the park.

We see early on as he wins the ball back reaching over the top of the rolling maul and clamping it in – stopping Aaron Smith from getting quick ball for his side.

Itoje’s statistics for this game were mesmerising and show why he was named man of the match.

He made 12 tackles, won seven lineout and made three turnovers. He also stole vital lineout ball from Sam Whitelock and was a devastating carrier in open play for his side.

It only took sixteen minutes of play for the now-famous chant to ring out from the English fans.

Arguably the defining moment in the young lock’s performance came in the second half.

We see the Saracens man fly out of the line to smash his opposite man, Sam Whitelock, square in his ribs – knocking him backwards and giving England the front foot in defence.

Is this the most dominant performance we’ve ever seen from an Englishman?

Watch the video below that highlights Itoje’s mesmeric effort against the All Blacks.