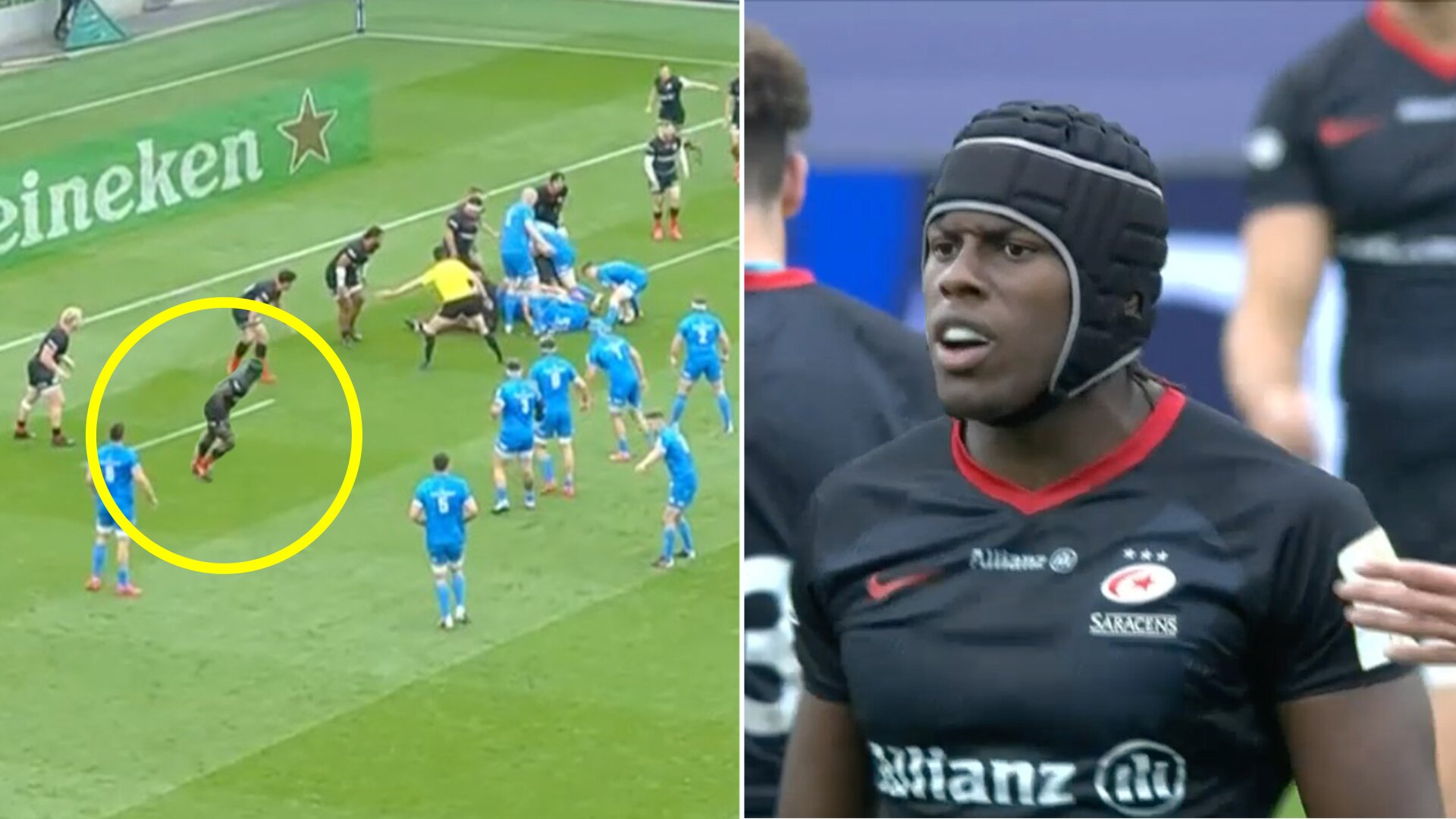 Irish rugby fans have been raging on social media all weekend at Maro Itoje after his sublime performance for Saracens in the Champions Cup.

Itoje played one of the games of his life for the men in black, and his premium s***housery had rugby fans around the World as he and Saracens ground down a strong Leinster at the weekend.

His defensive work in the final few minutes of the weekend’s match was World Class.

Fans weren’t happy at all with Itoje being supposedly offside.

I seriously wonder with referees they must have never played the game. Even if he dosent see Itoje offside surely you must understand the game that he has to be offside to intercept a ball from a 9 to a primary ball carrier 🤮🤮

Crikey!
Itoje caught offside twice already …and he’s only just got to the changing room 😦

Leinster 9-3 down. Maro Itoje blatantly offside but getting away with it. Saracens tackling like mad men and Sexton down getting treatment

Leinster up against it right now#LEIvSAR

The footage actually shows the 25-year-old was well onside and just timed his run to perfection, so all thw fans hating on Itoje have no reason to do so.

Welsh legend Sam Warburton was praising the London-man to no end after the game.

“You need your big players to bring X-factor moments…”

“He is genuinely world-class.”

Maro Itoje was incredible today 🔥@samwarburton_ wants to see him in the running for world player of the year!#HeinekenChampionsCup pic.twitter.com/38XxYa1y0k

Saracens completed a weekend raid on Dublin that left the PRO14 Champions humbled on their own doorstep. Leinster hadn’t lost in 25 games, their previous defeat coming against the same opposition in last season’s Heineken Champions Cup.

It’s two on the bounce against Leinster for McCall’s men in what has become European rugby’s showpiece club rivalry. Yet it felt like more than that. Saracens, who are languishing at the bottom of the Gallagher Premiership thanks to a 105 point reduction for breaches of the salary cap, have been cast as the villains of world rugby.