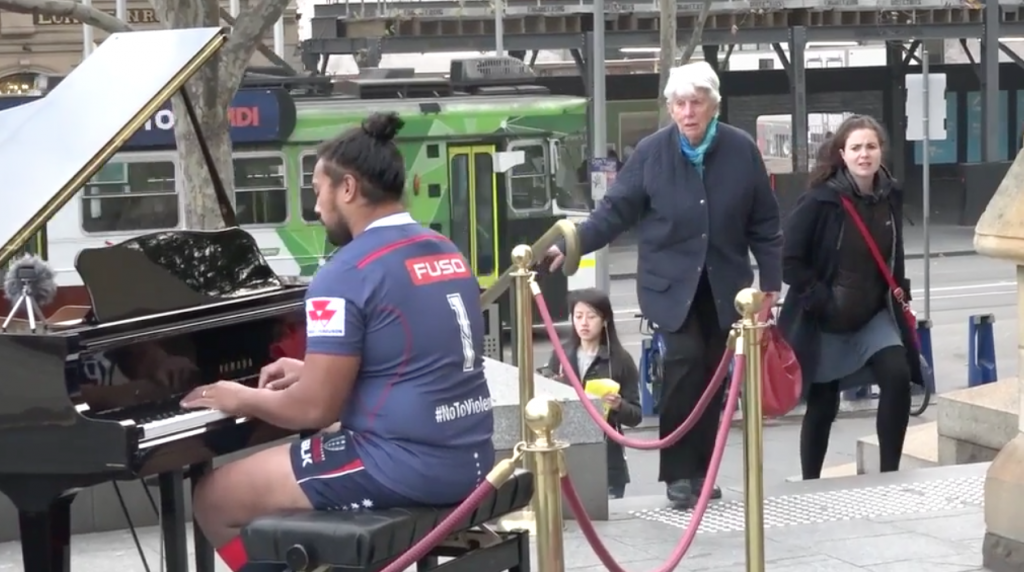 Is there anything props can’t do?

Rebels prop Fereti Sa’aga appears to be quite the piano man after this impromptu performance in the middle of Melbourne. Sa’aga, 23 , is known for his explosive impact on the field, however we now know that he has quite the talent for music.