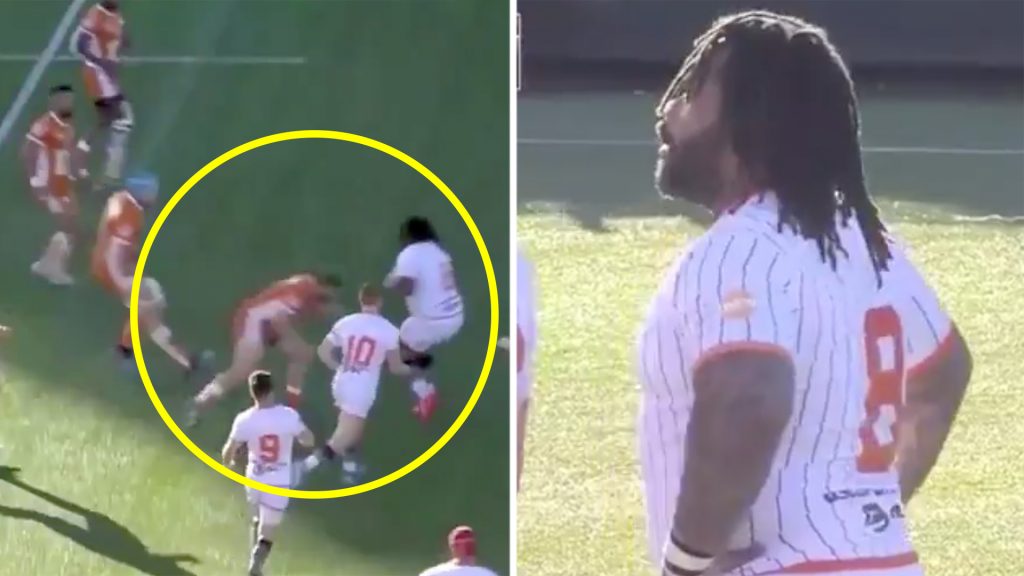 French hero Mathieu Bastareaud was moved to Number 8 for Major League Rugby Side Rugby United today and the results were certainly unexpected.

The French player who is normally a centre was moved to the back row this weekend.

It is likely that he was moved to the back row because he seems to have added a lot of weight to his physique since he left Lyon rugby in France.

Mathieu Bastareaud played in his first game for Rugby United last week who is based in New York!

Many fans were commenting on how the centre seemed to have put on a few pounds since he joined his new club from Toulon in October.

The Frenchman joined as a big signing into the MLR this year and many fans were shocked to see the pounds that he had put on in this game.

This week, however, he was moved to Number 8 so that he could carry more without the pressure of getting gassed on the outside by players. That was the plan anyway.

The complete opposite result was found, however, as Bastareaud got absolutely smashed himself by an Austin player. We can’t imagine that this is what they had in mind when he moved to Number 8 at all!

Here is the video of him getting smashed!

That is not what you expected I’m sure.

Bastraeaud needs to lose a few pounds, even if he is playing back row if he wants to compete!

He seemed laboured and lacking pace in the last match as he struggled to keep up with the pace in the MLR, a league that he should rightly expect to dominate with his pedigree in the sport.

If the Frenchman could get a bit closer to match weight, then he could very well be a force in the back row for the French team. However at this stage, it’s just not good enough!