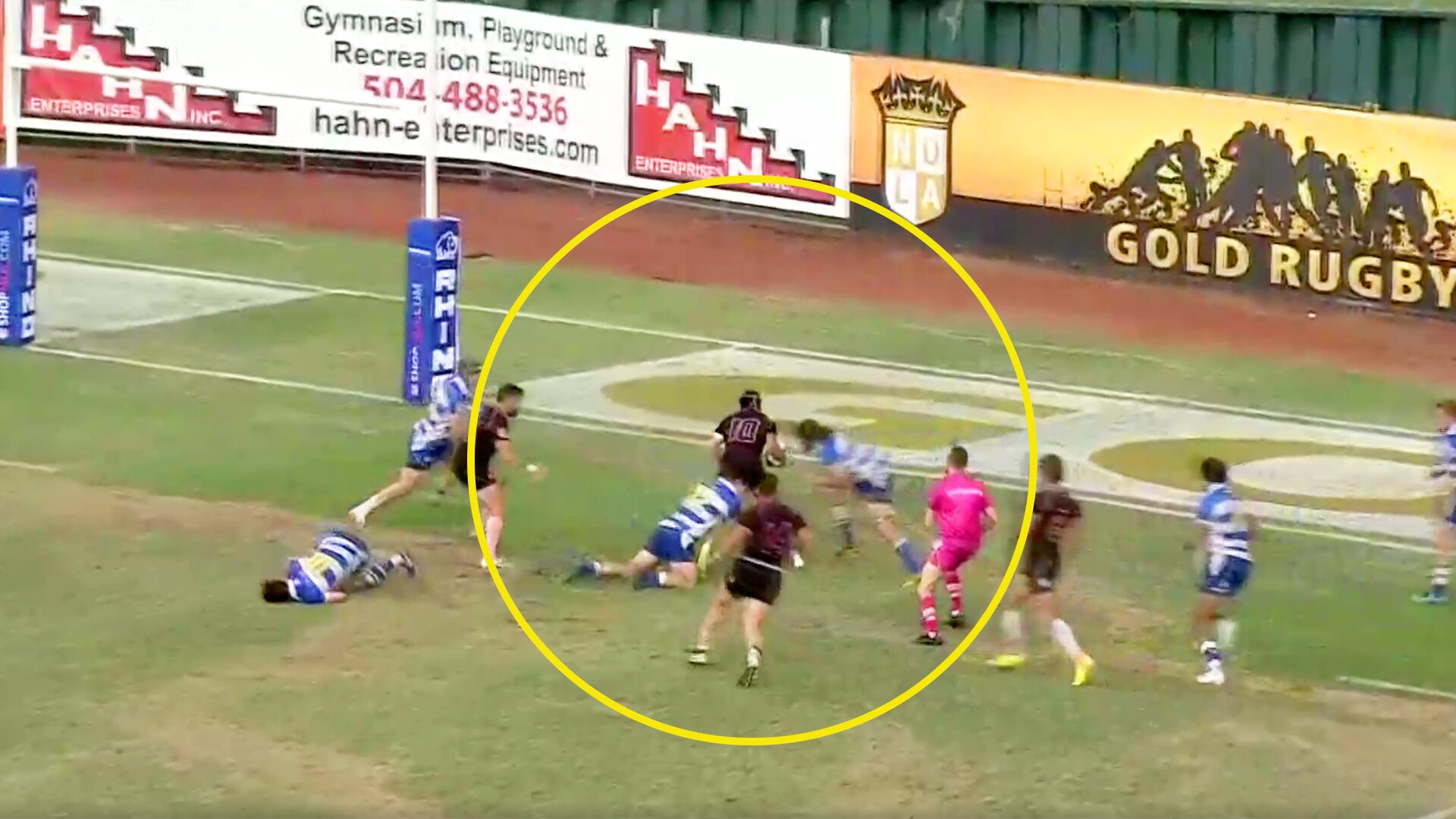 It’s not all palm trees and pinã coladas for Matt Giteau in LA as he gets stuck into Round 4 of this year’s Major League Rugby competition in North America.

The 38-year-old has been spearheading the Los Angeles Giltinis to the top of the league alongside his former Wallabies teammate Adam Ashley-Cooper.

As this clip below shows, it’s not walk in the park.

Today Matt Giteau and his side travelled to face Toronto Arrows in New Orleans with both sides playing in a neutral venue due to COVID restrictions.

LA have been the leading team so far this season with two impressive showings in the competition so far and were again in fine form this evening as they dominated the Arrows.

That didn’t stop back rower, Lucas Rumball from putting in this savage hit on the veteran Wallaby.

watch the brutal hit in the video below