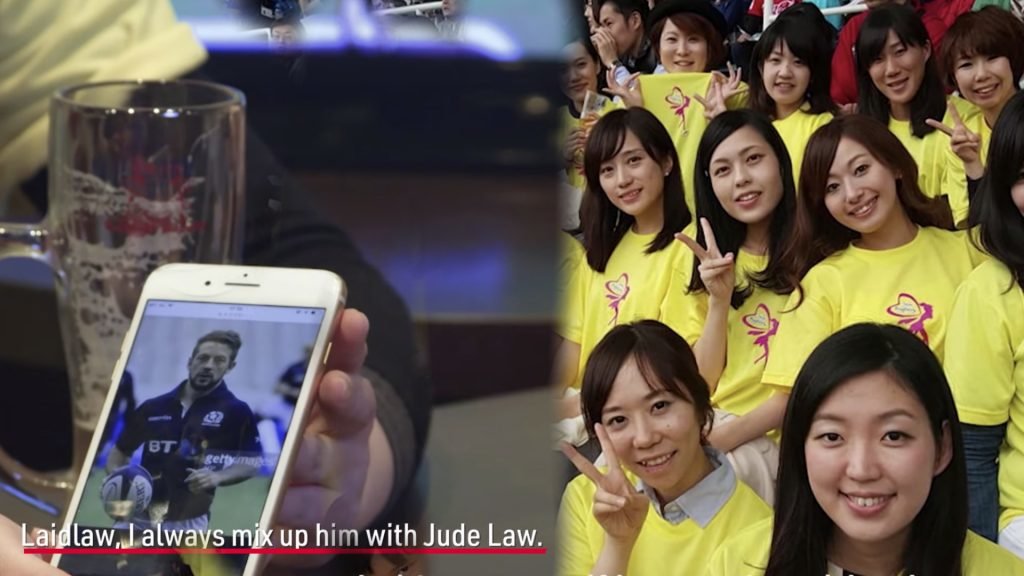 This is a bizarre yet brilliant story coming out of Japan! A group of women known as the Rugfaries. The ground was founded as a means to bring groups of women together with the common purpose of uniting the club and creating a better atmosphere at the stadium. The women certainly up the numbers with dozens showing up for each event.

The group has grown into something fantastic with the group now looking to spread the word out across Japan to support their teams at the Rugby World Cup. In addition to this, it appears the women have taken a liking to the Scottish rugby team, claiming that they are truly beautiful. One  of the women even mixed up Greig Laidlaw with Jude Law!

In other news: England name training squad for World Cup

35 players will assemble at The Lensbury Hotel on Sunday (7 July) for England’s first official training camp.

Joe Marler (Harlequins) is named after making himself available for selection. The 29 year-old prop retired from international rugby in last September having played 59 Tests for England.

While not named in the initial 35-man squad, George Kruis (Saracens), Jack Nowell (Exeter Chiefs) and Mako Vunipola (Saracens) will continue their rehabilitation in camp and are still considered for selection.

Jones said: “We can’t wait to have the full squad in place and to have players competing for those 31 places. It is a process of building the team up, building the cohesion, the tactical understanding of the team and our adaptability. We will need to get those things right to win the World Cup, and that is our aim.”

On his selection decisions Jones said: “World Cup selection is a four-year process. We have looked at the squad carefully, tried to build up a squad that has enough experience, attitude and energy to be winners and I think we have that. In the process, we have left out some players who can feel unlucky. For those guys who have missed out, the door is never closed but they have just got to be ready, as you never know when the opportunity comes.”

Following two weeks of England training camps, Jones added: “The last two camps have been a head start for us. It has allowed the guys who didn’t play in the semi-finals or final to get some good conditioning work in and also some fundamental skill work so we expect them to set a high standard when the rest of the squad join us on July 7.

“The players have come in the best physical condition I have ever seen an England squad. The attitude of the players is that they are excited and hungry, they want to do well for themselves, their family and for their country.”

On Marler’s decision to come out of international retirement, Jones added: “I saw Joe during the Barbarians’ week and he indicated that he had a desire to come back. We have since had a couple of chats and we have given him the opportunity to do that. Now it is up to him to show us what he has got.”

With England’s first official training camp starting on Sunday Jones said: “For the fans it is the start of the journey so we want you to be with us; we are all in this together. We are looking forward to seeing your support.”

England will travel to Treviso, Italy for a heat camp from 22 July until 2 August before returning to Italy on 28 August until 5 September. The squad will also be based in Bristol for a week in July (14-18) and in August (12-16) ahead of England’s away match against Wales. For the two matches against Wales and Ireland at Twickenham Stadium, the squad will train at Pennyhill Park.